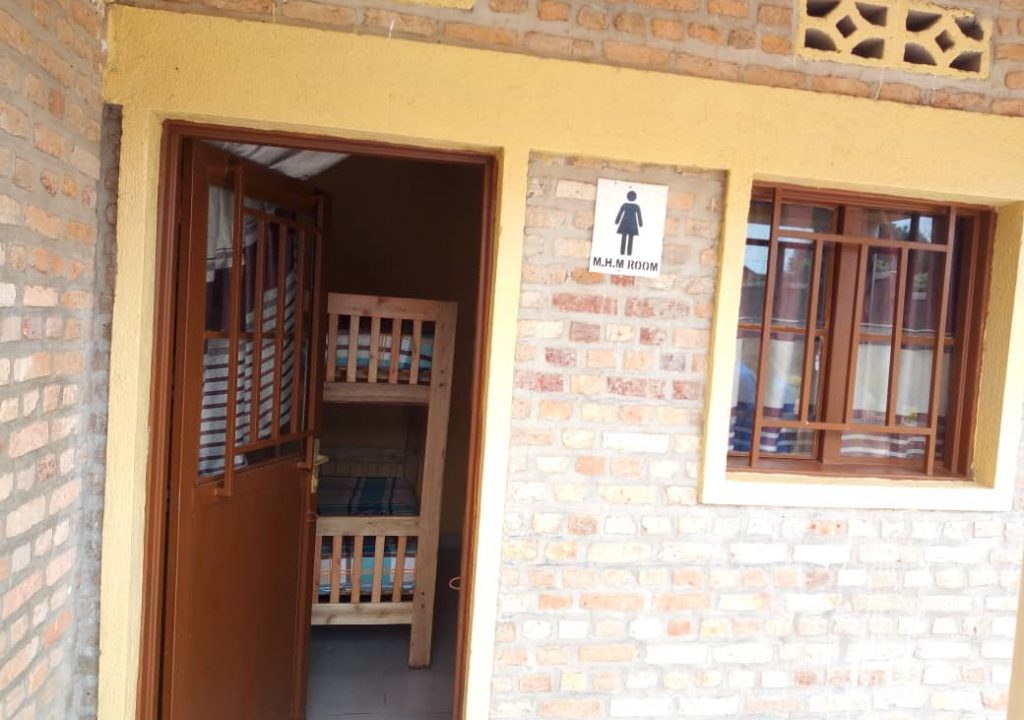 Fideline Dushime is a 13-year-old primary six pupil at Nyarugenge Primary School. At her age, she has reached menstrual period. What turned out a total trauma due to lack of menstrual hygiene needs is what she now describes a miracle.

While other girls around schools have suffered menstrual stress due to lack of “Girls’ room” at schools, Dushime is a living testimony – thanks to introduction of the rooms at her School in Ruhango district, Southern Rwanda.

“With confidence, I can now call our matron whenever I feel my menstrual periods. She immediately responds, takes you to the room and gives you sanitary pads. If you feel headache, they let you rest for a moment before returning to class,” said Dushime.

Dushime and her colleagues are beneficiaries of Gikuriro (grow well) – a nutrition and sanitation program.

The United States Agency for International Development (USAID) aims at fighting and eliminating malnutrition cases in children under 5 years-old and improving nutrition status of women of reproductive age that is lactating and pregnant mothers.

Since 2015, USAID’s $24 million program reached 25% of the Rwandan population in eight districts located in over 3000 villages.

Through creating behavior change community based health clubs, the program operates in Ngoma, Rwamagana, Kayonza, Nyarugenge, Kicukiro, Nyabihu, Nyanza and Ruhango districts where residents are trained and supported in four components of hygiene, sanitation, nutrition and access to clean water.

KT Press visited students in Kinazi sector, Ruhango district. Like Dushime, they share a lot about what they went through before the “Girls’ rooms” were introduced in their schools.

Irakoze Noella is another beneficiary of sanitary pads and other provisions at the “Girls’ rooms” at Nyarugenge primary school.

“When a girl in menstrual period gets to this room, they first thing she receives is water. They teach you how to clean yourself when it’s your first time. Thereafter, they provide sanitary pads and underwear with lotion,” said Irakoze. 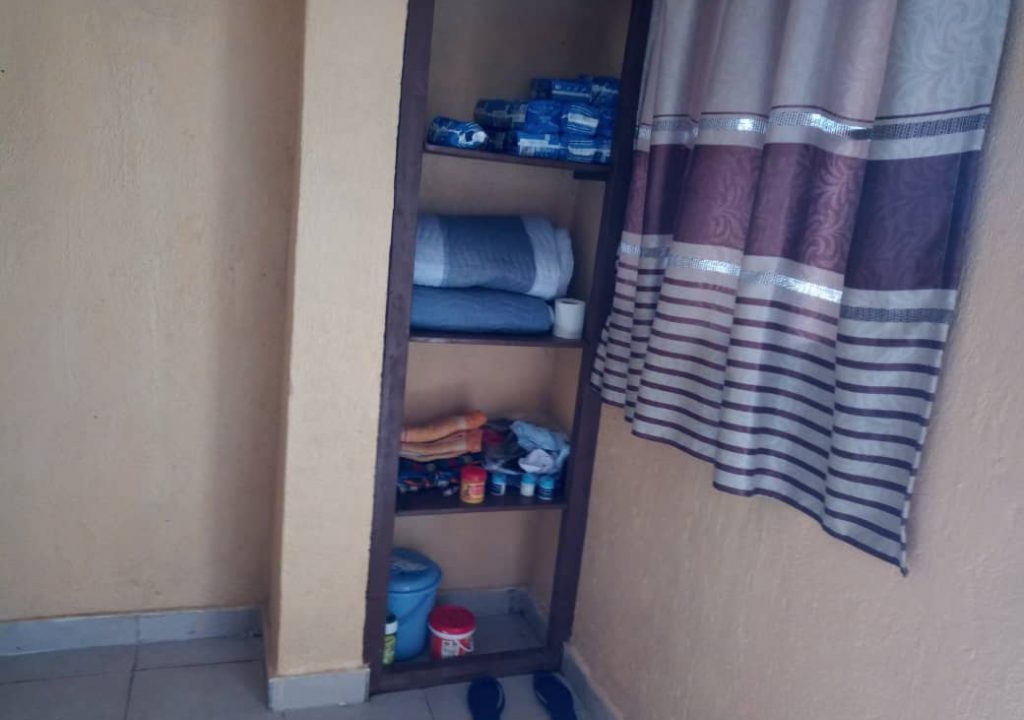 Before the introduction of the girls’ rooms, says Irakoze, “We had a house next to our classrooms. There were sanitary pads but without water for cleaning. They could only give you sanitary pads and tell you to go home for cleaning,” Irakoze added.

Mutoni Marie Gorethi is the school head girl.  Student of languages, she revealed to KT Press how the girls’ room helped young girls at the school.

“Before the girls’ rooms, we used to go to the dining hall to get sanitary pads. Girls would get nervous since it was an open place. Other students especially boys would immediately know what has happened to the one of our girls. Before, we had a number of school dropouts but since the introduction of these rooms, we no longer have issues,” Mutoni told KT Press.

Mutoni and her fellow girls have similar views with their school administrator – Francoise Mutuyimana who manages the girls’ rooms at the school. 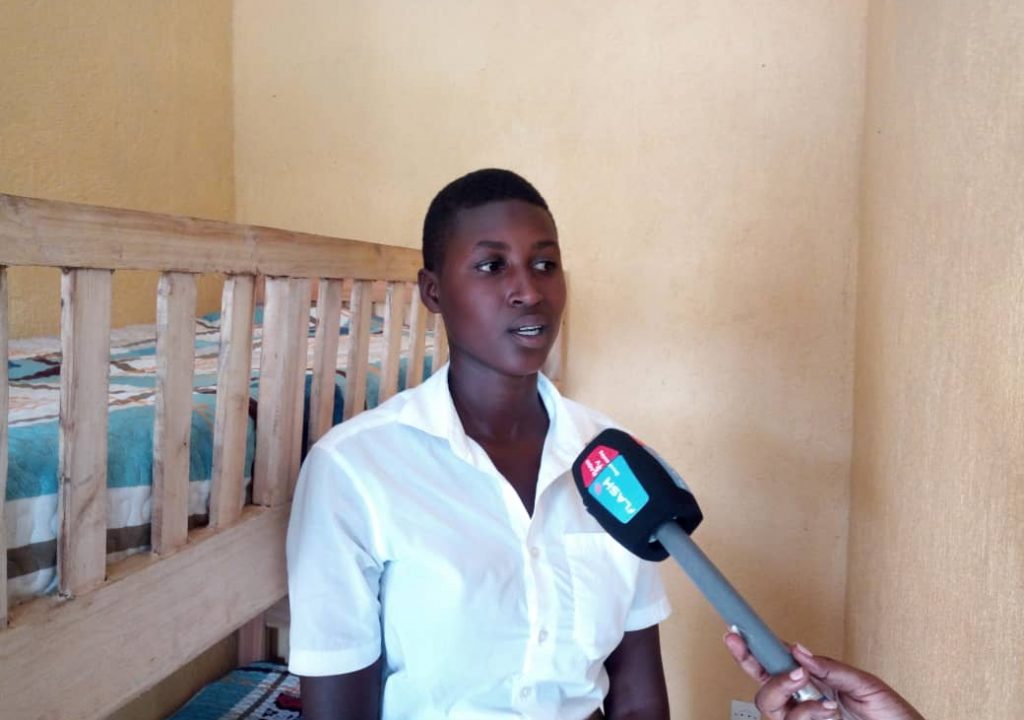 “It was not easy before the introduction of these rooms. But today, it doesn’t take more than 15 minutes to every girl in menstrual periods – thanks to Gikuriro program,” she said.

Nyarugenge school head teacher, Jean Bosco Nsanzimana, said most vulnerable girls were the most affected before the introduction of girls’ rooms.

Nyarugenge School is among the 8 other schools where Gikuriro program has equipped girls’ rooms as part of its sanitation program. In Ruhango district which was toured yesterday, other schools include GS Rwinyana and GS Nyamagana.

The Gikuriro program has been implemented by the Catholic Relief Services along Caritas Rwanda, the Netherlands Development Organization and government among other implementers.