They were all in the same location and were certainly etched on Kigali’s social scene and night life for the last two decades or so. But now, they are no more – the end of an era, old paving way for new.

For anyone who has lived in or travelled to Kigali in the period that followed the 1994 Genocide against the Tutsi, it would be impossible not to know Executive Royal Carwash down in Kimihurura on KN7, the road commonly known as “Avenue des Poids Lourds”.

The joint, which was synonymous with Nyama Choma and yummy dishes had recently undergone renovation and renamed Carwash Bistro & Grill but never lost its original trademark which is roasted meat accompanied by Kachumbali and famous Kenyan dish of Ugali and Sukumawiki.

Over the last few days, men with hammers and mattocks descended on the joint and razed it down. In a couple of days, what used to be the famous hangout was gone in a blink of an eye and erased from the face of Kigali.

Like other affected businesses in the area, Carwash fell under the area gazetted as a wetland, along with the adjacent parking facility owned by NPD Cotraco, a white building known as Bridge1 that long ago hosted Rwanda Revenue Authority (RRA) and Mulindi Japan One Love centre which also had a popular hangout. 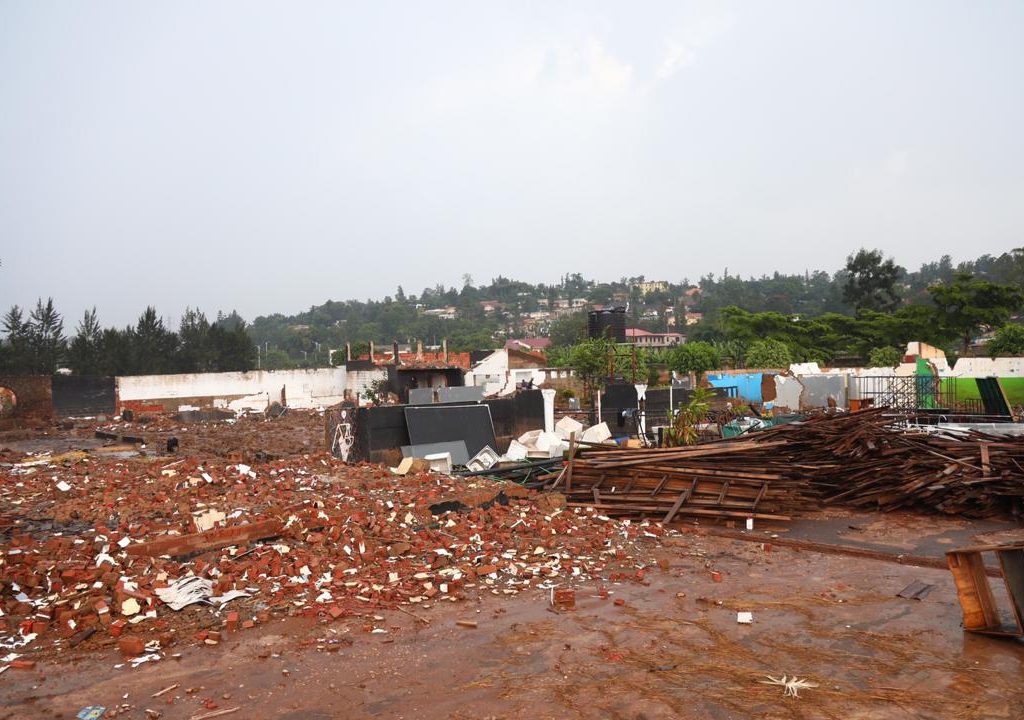 The businesses were affected by a recent directive by the City of Kigali to relocate all businesses and homes located in areas gazetted as wetlands or marshlands.

Carwash and One Love followed Cadillac Night Club and Mama Africa Restaurant, which never returned after a November 2012 fire which gutted the place, leading to a long running battle between the insurance company and businessman Eugene ‘Cobra’ Habimana.

By the time the renowned businessman could resolve his issues with the insurance company, it was too late to renovate the old location, which Rwanda Environmental Management Authority (REMA) had categorised as a wetland.

“We were operating in this location but we knew it was a wetland. Much as we will miss and have memories of this entertainment zone, we know very well that what is being done is more sustainable and safe for the people,” Habimana told KT Press. 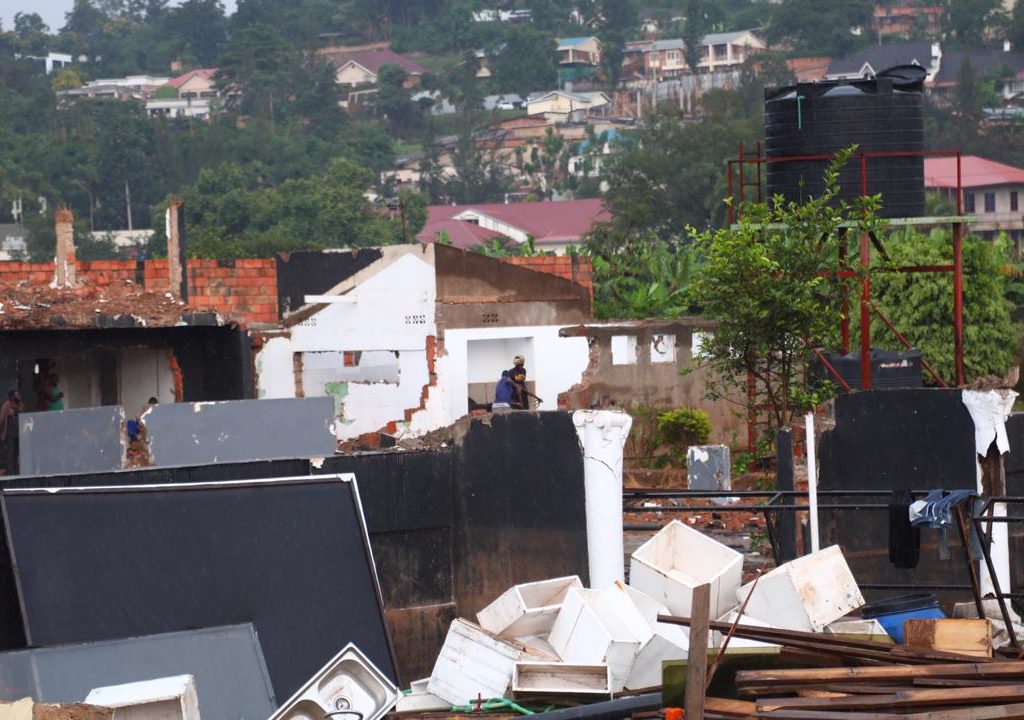 “Every time it would rain heavily, this whole area would flood. We would spend money trying to buffer off the floods but it was risky. What the government is doing is long term and a great decision to save people even though people will claim that business have been affected,” he added.

One Love, run by Gatera ‘Rasta’ Rudasingwa and his wife Mami Rudasingwa Yoshida, is known as the green zone that had one section which had a factory that manufactured prosthetic limbs for the last 23 years and an entertainment zone popular with Rastafarians.

It hosted musical shows, weddings and all sorts of events for people who wanted to be surrounded by green vegetation.

The 2019 Christmas torrential rain took a heavy toll on One Love, leading to floods and destruction of property. The rain came few weeks after the government embarked on a drive to move people and businesses from high risks zones due to the heavy rains that characterised the end of the year. 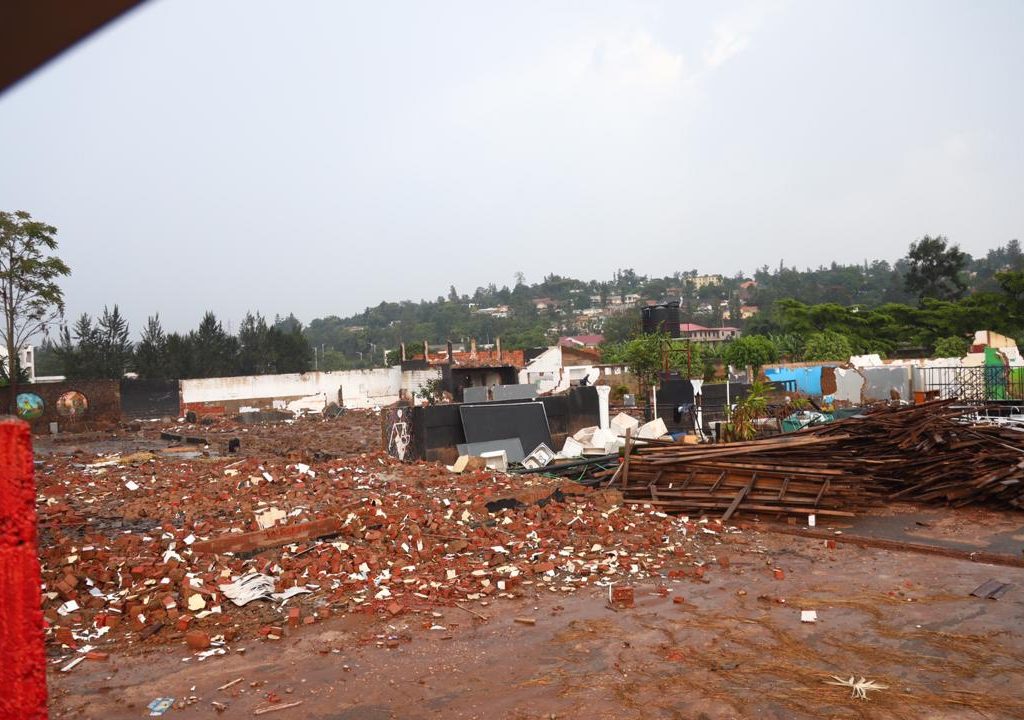 The Christmas rain which claimed at least 12 delivered the final verdict for One Love, which was also designated as one of the properties operating in a wetland.

According to the Vice May of City of Kigali in charge of Urban Planning and Infrastructure, Dr Ernest Nsabimana, the owners of these business had been informed beforehand that they will be affected, majority of them without compensation.

“We informed them ahead of time. We had different categories of people. There are those who are compensated and others who cannot claim compensation because they either build in these wetlands illegally or without proper documentation,”

“As the President mentioned, those without proper documents or got them fraudulently are not compensated but as per the law, those who have them are fully compensated,” Dr. Nsabimana said. 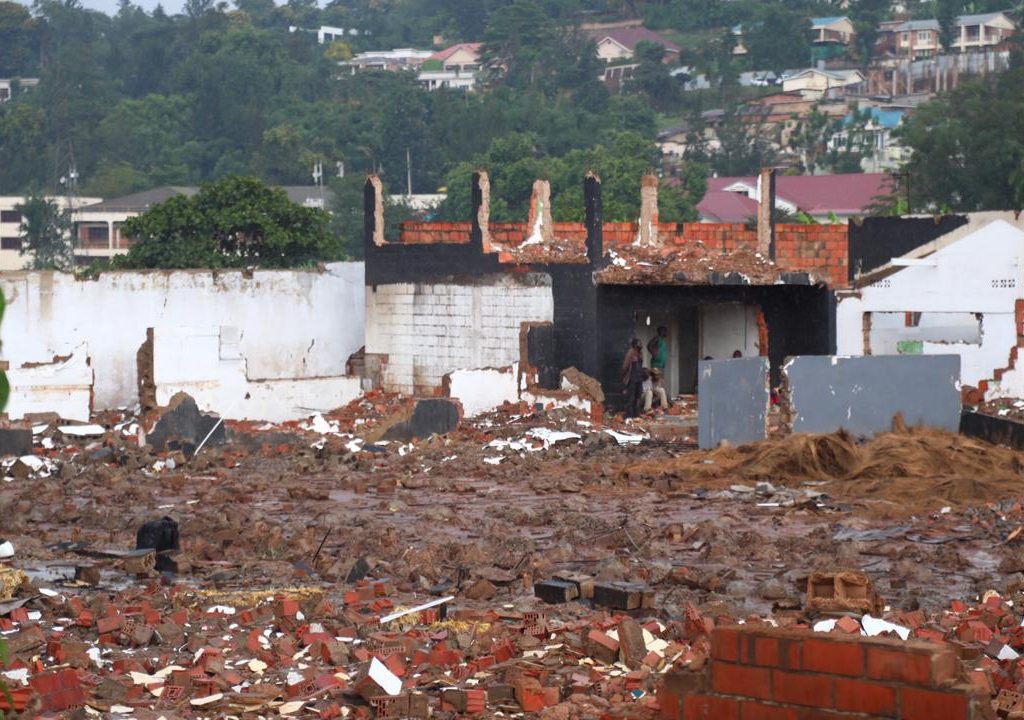 The Vice Mayor said the area will be greened and turned into an eco-park with recreational facilities for people to relax and enjoy nature.

He said the businesses were given time to relocate while those which were operating in the interests of the public such as One Love Mulindi Project were given alternatives.

“For One Love, the City gave them a place in Rebero to continue with their activities especially the making of prosthetic limbs. They can work in this building until they establish themselves elsewhere,” the Vice Mayor said.

The exercise to remove or relocated business located in the area known as “Mu Gishanga”, stretching up to Gikondo Industrial Park kicked off in January.

A report by REMA indicated that 50 per cent of the wetlands in Kigali had been encroached upon by business and title holders who obtained them illegally, since they were not supposed to be issued in the first place.

About 7,222 illegal activities in wetlands were identified by REMA, including industries such as Kabuye Sugar Factory and UTEXRWA. The City of Kigali says this exercise has not only affected private property but also government activities. 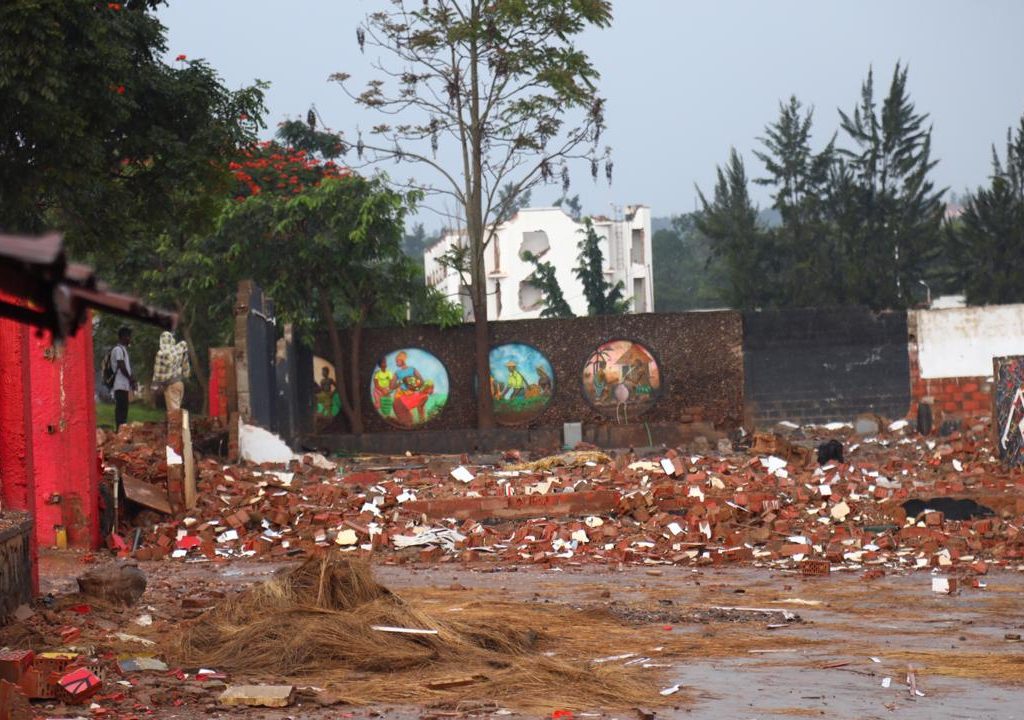