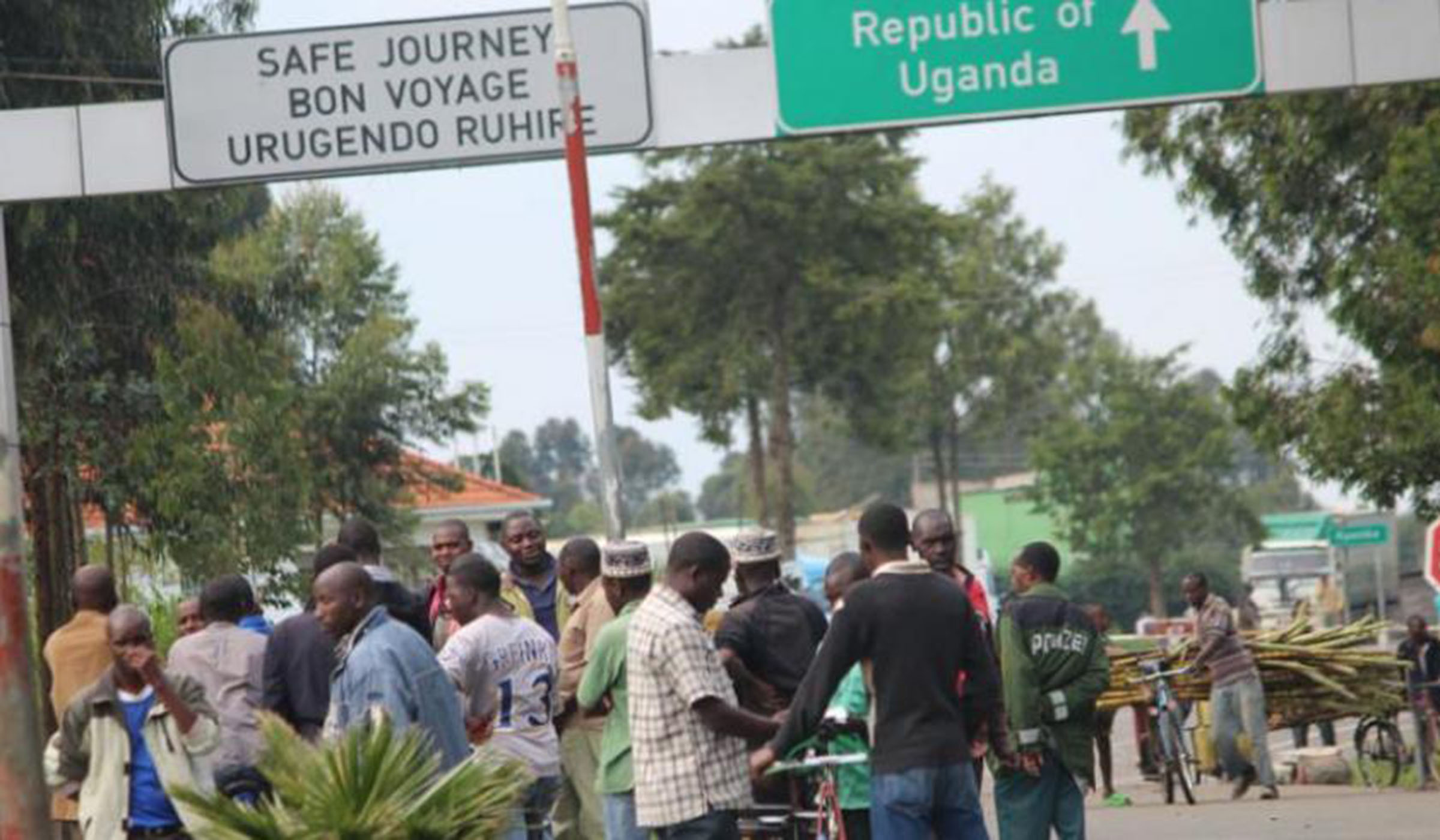 Cyanika border post. Uganda would have advised the expelled Rwandans to use porous borders instead of this

A total of 342 Rwandan nationals have been dismissed by Uganda on a baseless allegation that they are spreading Coronavirus (Covid-19) in the country.

From the beginning of this week, Rwandan nationals started arriving home, one after the other, until the number turned 200 on Wednesday 25, according to Jean Marie Vianney Gatabazi, Governor of the Northern Province.

“From the beginning of this week, our citizen started arriving through Cyanika and Gatuna borders. When you ask them, they all say, they were dissmissed by Uganda police on allegation that they are propagating coonavirus,” Governor Gatabazi said.

According to Gatabazi, the number has now increased to 342 and they were quarantined as any person arriving in Rwanda. They are quarantined for a-14 day period in Burera and Gicumbi districts of the Northern Province.

“The 342 people are a big number, yet today, we might receive more,” Gatabazi said.

The number of returnees who came on Thursday and Wednesday finds others who came from Monday and Tuesday to make a total of 342people.

All the returnees will spend 14 days in the quarantine.

“Every returnee is supposed to be quarantined for 14 days, people who come on the same day are quarantined together for doctors to count their days and test them. We feed them three times every day through government support,” Gatabazi said.

According to Gatabazi, a total of 342 returnees include two Ugandans and one Congolese who were chased blindly, they are also quarantined and get similar services.

Today, Uganda has nine reported cases of coronavirus, all cases are of Ugandan nationals who traveled back from Dubai, UAE; three on March 20 and six on March 22, 2020, they boarded the Fly Emirates and Ethiopian airways.

Community Amb. Olivier Nduhungirehe told KT Press that an investigation into the matter is going on.

“We are still investigating. No comment for now,” Nduhungirehe said.