Home NewsRegional WHO To Declare Ebola Outbreak Over Next Month
Regional

WHO To Declare Ebola Outbreak Over Next Month 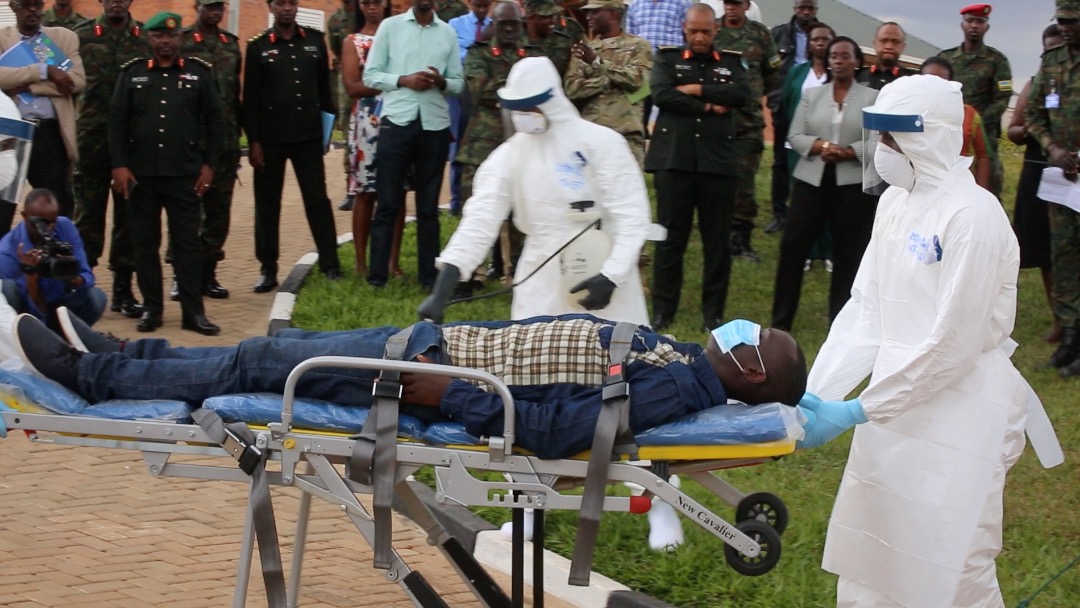 Ebola simulation exercise in Rwanda. The Ebola outbreak could be declared over next month

World Health Organization (WHO) says the Ebola virus outbreak could be declared over by mid-April this year if no new case is reported in the Democratic Republic of Congo (DRC).

The first Ebola case was reported in Goma town, the area that borders Rwanda in the western province on 14 July last year.

According to the WHO official website, the Ebola virus killed 2264 people, 1169 survived out of 3453 reported cases in DRC, making it the second-worst deadriest Ebola outbreak in history. The 2013-16 epidemic in West Africa was deadlier, killing 11,000.

“It has been 40 days since the last Ebola case was confirmed in DRC and 25 days since the last person in treatment recovered and went, if there are no new cases, the outbreak could be declared over by mid-April, we remain inactive response mode in case of flare-ups,” Tedros Adhanom Ghebreyesus, Director-General of the WHO wrote on Twitter.

According to WHO, the Ebola outbreak can be declared over once 42 days have passed without a new case, this is equivalent to two cycles of 21 days, the maximum incubation period of the virus.

This crisis of the Ebola outbreak in DRC informed Rwanda government’s decision to establish preventive measures countrywide, especially at borders.

The established Ebola preventive measures at the Rwanda-DRC borders of Rusizi and Rubavu districts aimed at containing the killer outbreak from crossing over after claiming thousands of lives in Ituri, Goma and Beni.

Cameras signal officials in the control room, who sideline suspects for further diagnosis by doctors.

Other efforts include vaccinating about 200,000 in high Ebola risk zones(borders) with the Ebola vaccine dubbed ‘Ervebo’, building emergency treatment centers (ETC), among others.

Today, the government counts over $17 million that was spent on establishing Ebola prevention facilities, since the outbreak of the deadly Ebola virus in DRC, according to the Ministry of Health.

WHO declares Ebola virus relief at the moment the world is hit by another deadly virus called Coronavirus(Covid-19) which has led to the quarantine of people.

In Rwanda 60 people have so far tested positive of Covid-19.