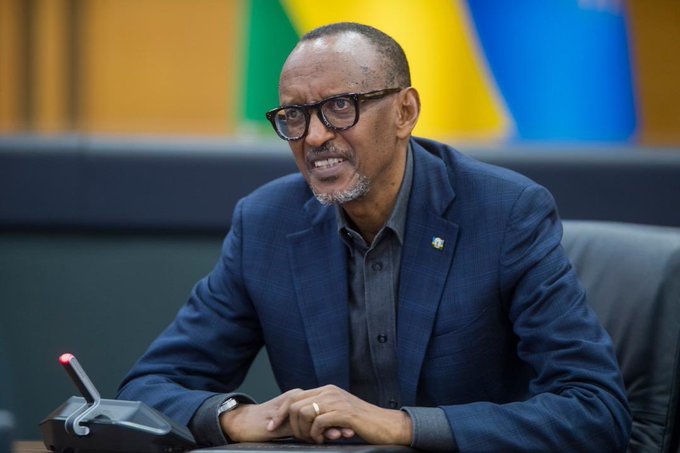 President Paul Kagame says that the government is mobilizing resources to support key businesses in the country to remain in operation but the modalities of how it will be done and who will benefit are still being discussed.

The Head of State made the remarks on Monday during a virtual press conference with the local and international journalists, pointing out that several key sectors including aviation and the service sector will benefit from a government stimulus as the New Coronavirus continues to affect businesses heavily.

The remarks come a day after the national carrier Rwandair announced that it will be slashing salaries of employees, with some expected to have up to 65 percent salary cuts depending on the position while top leaders have forfeited their pay as a result of the effects of COVID-19.

“What we are doing is really mobilizing resources and we already have ideas which sectors to look at that would deserve any kind of support. Everything is work in progress, whether it is supporting the small and medium businesses, or later on big ones or specific institutions like the airline we have, all these will be looked at,”

“At the same time we are trying to mobilize resources and making good progress. Some of the problems might be taking their toll already, like Rwandair as mentioned, but we are not yet in a position to start fixing these kinds of problems but we are planning ahead to do that.”

President Kagame said there are people at work looking at different sectors to support, adding that it will not be only one company to be favored over others but rather the team working on the plan to support businesses to remain resilient is looking at holistic measures.

The Head of State said that Rwandair has been mentioned many times because it is the most obvious and visible example for various reasons but economic life does not start and end with Rwandair.

“What we are talking about therefore is looking at all sectors of our economy,” President Kagame said, adding that some of the key sectors discussed include SMEs, energy, hospitality, tourism and other businesses that have been affected by the pandemic.

“We are looking at the comprehensive picture in this regard. We will definitely be coming up and you will get to know the details of that,” President Kagame said, refusing to single out particular businesses to benefit from government stimulus.

Regarding the mobilization of resources, he said that a number of efforts are going, including borrowing from different institutions, jokingly including “begging” here and there, but added that both efforts are being productive.

“Where we have asked for assistance, people have given assistance and where we go to borrow or where we shall go to borrow if we decide that, I think the market has been favourable because of how we have been performing in our economy. They may be able to lend us,”

“But all this will come after we have analyzed correctly what we need to borrow for or what we need to ask money for, from where and for what. That is how it is,” President Kagame said. 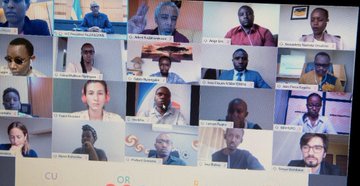 Rwanda has been able to secure funds from the International Monetary Fund (IMF), up to the tune of $109m and an extra $14m from World Bank to support the country’s effort to overcome the impact of COVID-19.

At the continental level, President Kagame said experts say Africa will require at least $100bn or more to overcome the effects of COVID-19 or to effectively recover from it and more to rebuilt later.

“For Rwanda, if you gave us a billion of that, we would be happy to try and get started on something decent,” President Kagame said.

On Rwanda borrowing more, President Kagame said the government has been in touch with lenders, but relating to that, he said that there has been a conversation with the lenders at the continental level that instead of countries paying back the money they have already borrowed, the debt should be put on a standstill for at least two years.

“That money would be retained and reinvested in our systems, therefore filling those gaps that exist,” President Kagame said, adding that the conversation is already bearing fruits.

He said Rwanda particularly has already received money from the same institutions it has been working with, including World Bank and IMF and the country will receive more money from the African Development Bank, under different forms and structures aimed at making it easy for the country to get access to funds to fight the pandemic and to move forward after the pandemic.

End of lockdown? Not so fast

President Kagame also spoke out on the possibility of lifting the lockdown or not come April 30 which is the last day of the current extended lockdown to avert the spread of COVID-19, pointing out that the process will be gradual.

President Kagame emphasized that measures taken by the government were progressive and paid off in minimizing the impact of the pandemic, pointing out that the cabinet took stock of the progress made thus far and came up with decisions to extend the lockdown until the situation gets better.

“This time around, before we take other measures, again the cabinet of Ministers is supposed to meet and put together information that has been collected from different places, including the work that has been done by the Ministry of Health in collecting data, both from rural and urban areas specifically the capital city of Kigali,” he said.

Before making a decision, he said the cabinet will be analysing what has been going on in the region, cross border activities and other factors that feed into the problem the country has to deal with before deciding the next step.

“We therefore are looking at this information and then deciding what next steps,” President Kagame said, adding that even if the government was to take another step forward come this Thursday when the lockdown officially ends, it will not loosen up everything and go back to normal as the case was before.

He said any decision which will be made will be arrived at with caution, making sure that the progress the country has made is not negatively affected but at the same time loosening the stranglehold COVID-19 has had on the lives of people under lockdown.

He said it is ‘a sort of balancing act to be made’, taking a calculated risk, balancing normal life against the problem itself and making sure that the steps taken are defined by the progress that has been made in fighting the virus, restoring normalcy and ensuring that there is no relapse.

Rwanda has so far registered 191 cases of new coronavirus and no fatalities. Experts have attributed Rwanda’s progress in minimizing infections to early action.