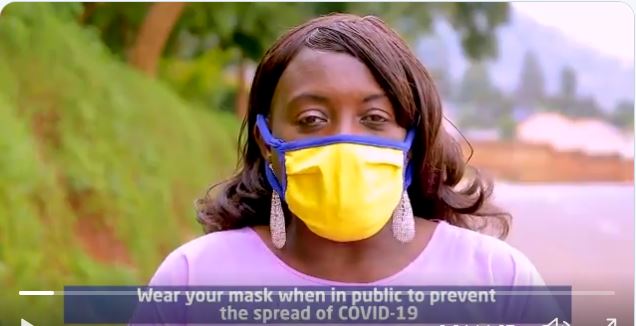 Rwanda has once again registered an unusual increase in numbers of Covid-19 infection after confirming 16 new cases on Monday, April 27.

It’s again an issue of drivers and their assistants, which was the case since Friday, April 24 when the country confirmed 22 cases, the biggest since March 14 when the first COVID-19 positive case was found in Rwanda.

“This reflects a rise in cases of cross border truck drivers and their assistants,” reads the communique from the Ministry of Health.

“All active cases are in isolation in stable condition,” adds the communique.

There are so far 114 active cases, and 93 recoveries including 1 who recovered in the last 24 hours.

During a virtual press conference on Monday, President Paul Kagame said that the trucks were the only remaining on the road, but they are also becoming a problem.

The Ministry of Health reiterates its call to the general public to heighten vigilance by washing hands, keeping one-meter social distance, and on top of everything, wearing a face mask whenever going in the public or while in a multiple-family compound.

The Ministry further warns anyone withholding information that would lead to tracing COVID-19 contacts that they would be punished for jeopardizing public safety.