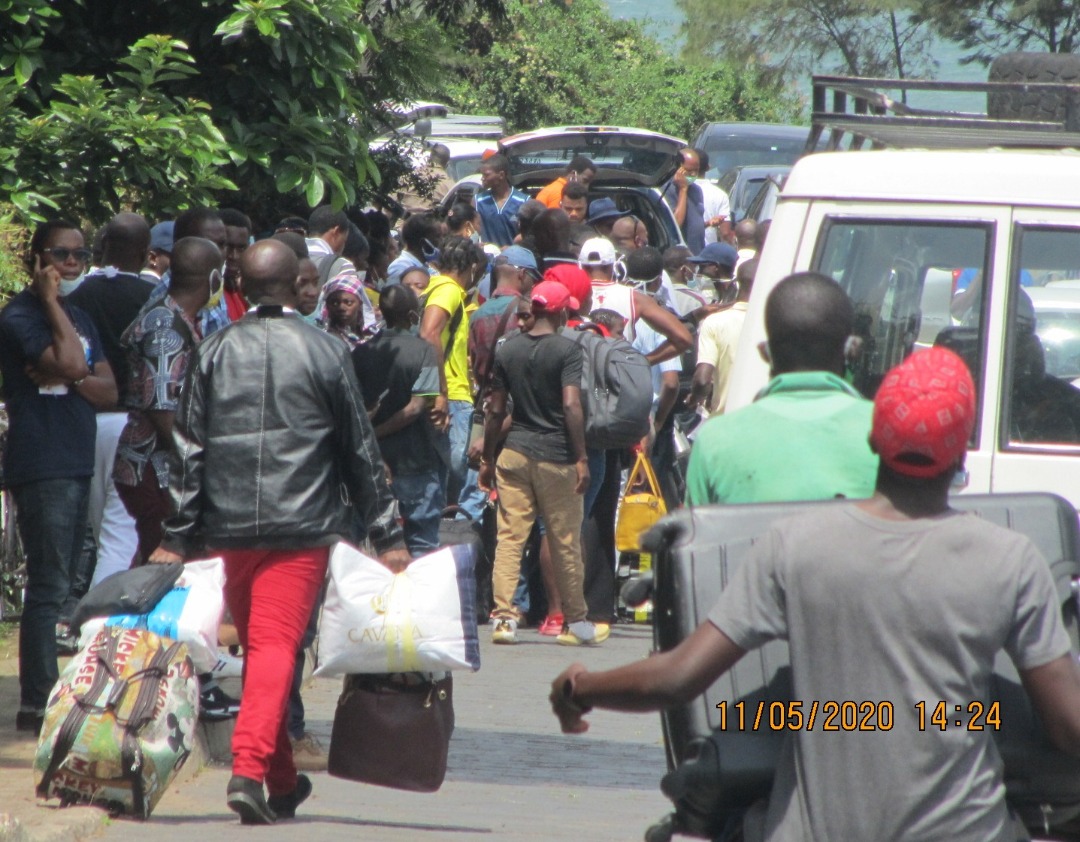 Democratic Republic of Congo (DRC) Immigration authorities have finally allowed majority of Congolese nationals who were stranded in at the Rwanda-DRC border to return home after days of bargaining but entry will be granted in phases.

Over 300 Congolese nationals who live or work in Rwanda or were caught by the lockdown inside the country had decided to return home -a process which was facilitated by Rwandan authorities, but efforts to be repatriated back home had not bore any fruit since they arrived at the border last week-end as DRC barred them from entering.

On Monday morning majority of those who had not been allowed to enter DRC returned to the one-stop border post in Rubavu to push DRC authorities to allow them to return home having been caught on the other side of the border.

However, majority of those who were allowed to enter had come from the capital Kigali or who had come from other neighbouring countries but were caught by the lockdown in Rwanda, while those who lived or worked in the nearby districts were told to wait until further notice.

Though majority of those who were camped at the border over the weekend were allowed to go, many, estimated to be over 100 remain stranded inside Rwanda. 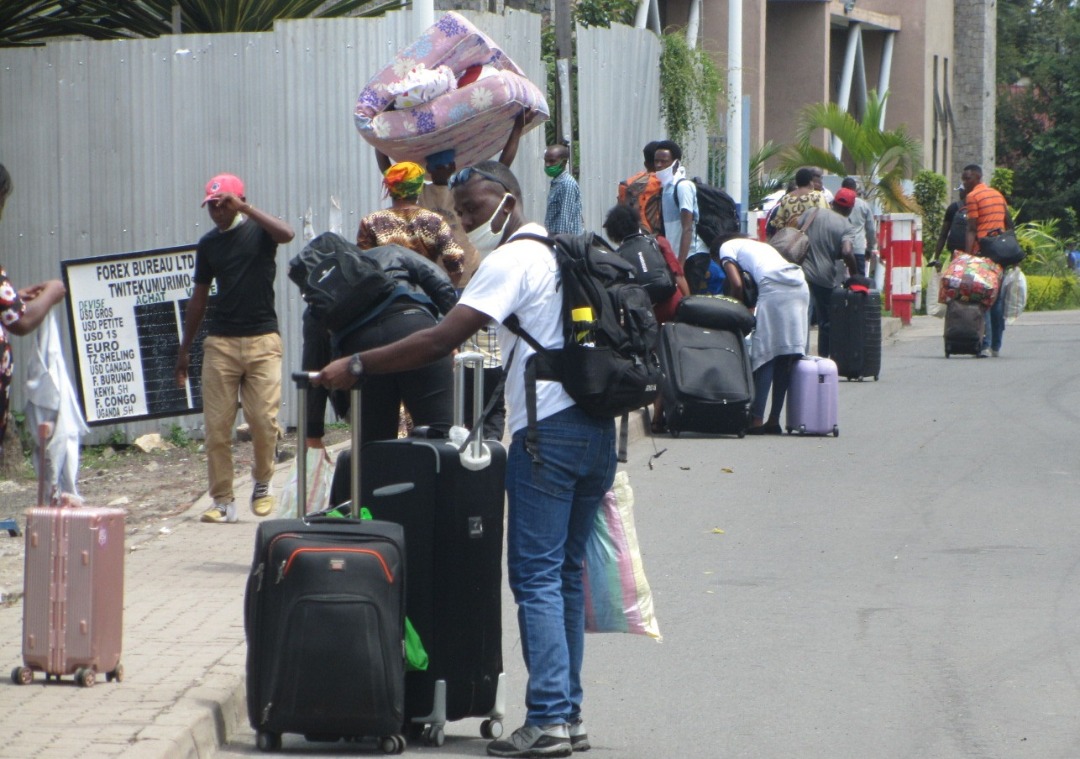 According to Peter Nkunzurwanda, the spokesperson of Immigration directorate, the Congolese Embassy in Kigali is yet to provide a full list of all those who want to return home.

Only those who didn’t have where to go were allowed to enter the country but others are still blocked for reasons, they say they are not being clearly told.

However, it was relief for those who were allowed to return home after three days of waiting, with many saying they had run out of money, having spent more than a month in Rwanda with no work or business.

“I am happy that I am finally going home. I am a businessman in Goma and I had travelled to Uganda to do some shopping. When I returned, the lockdown found me in Rwanda. We were treated well in Rwanda but our businesses are not doing well back home,” said Prince Makende, a Congolese trader based in the Eastern city of Goma. 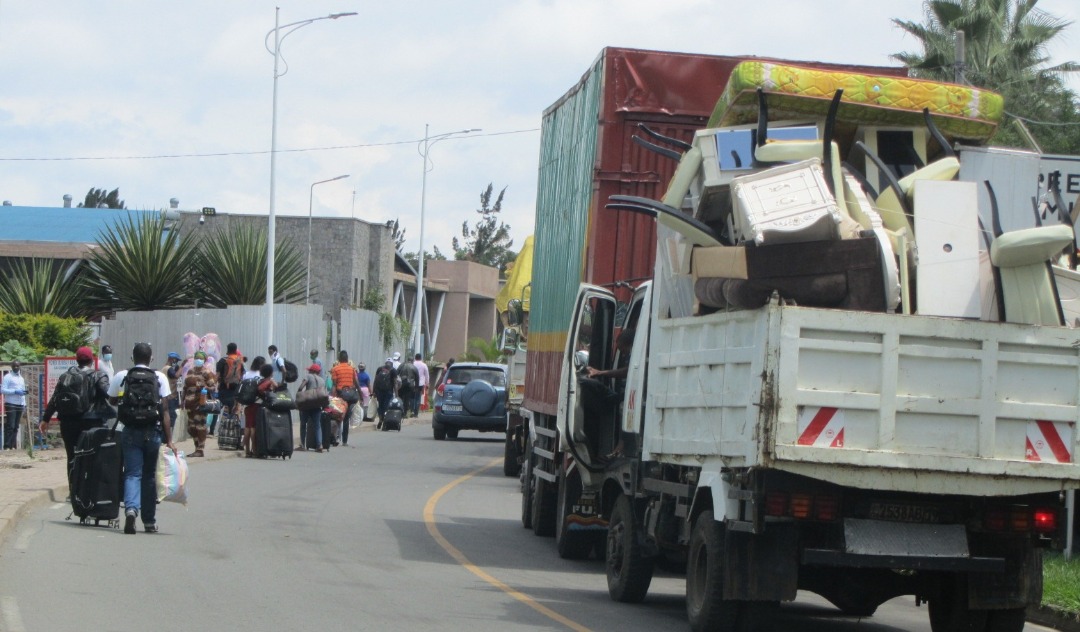 A representative of DRC Immigration services who spoke to KT Press on condition of anonymity since he is not authorized to speak for the institution said that all Congolese nationals in Rwanda who want to return home will be allowed to do so but gradually.

“No Congolese citizen will get stuck abroad. We will grant them entry but gradually in line with the measures put in place,”

“Today we allowed those who were visiting but were caught in Rwanda as well as those who had travelled to neighbouring countries but were caught by COVID-19 measures where they were inside Rwanda on their way home,” the official said.

He, however, said that those who were resident in Rwanda, with legal documents allowing them to live and work in Rwanda will be the last group to be granted entry since they were already living in Rwanda.

“Those who had homes or places to live in Rwanda should be patient until their turn comes,” the official said, despite the numbers of those who want to return home increasing daily.

The border towns of Rubavu on the Rwandan side and Goma on the Congolese side, as well as Rusizi in South Western Rwanda and Bukavu in Eastern DRC, share a lot in common with people on both sides co-existing, some working in one city and sleeping in the other.

Until the outbreak of New Coronavirus, the business was thriving but the pandemic has disrupted life in the border towns, with Rwanda opting to close all borders and imposing a lockdown while DRC too limited movements to contain the spread of the virus. 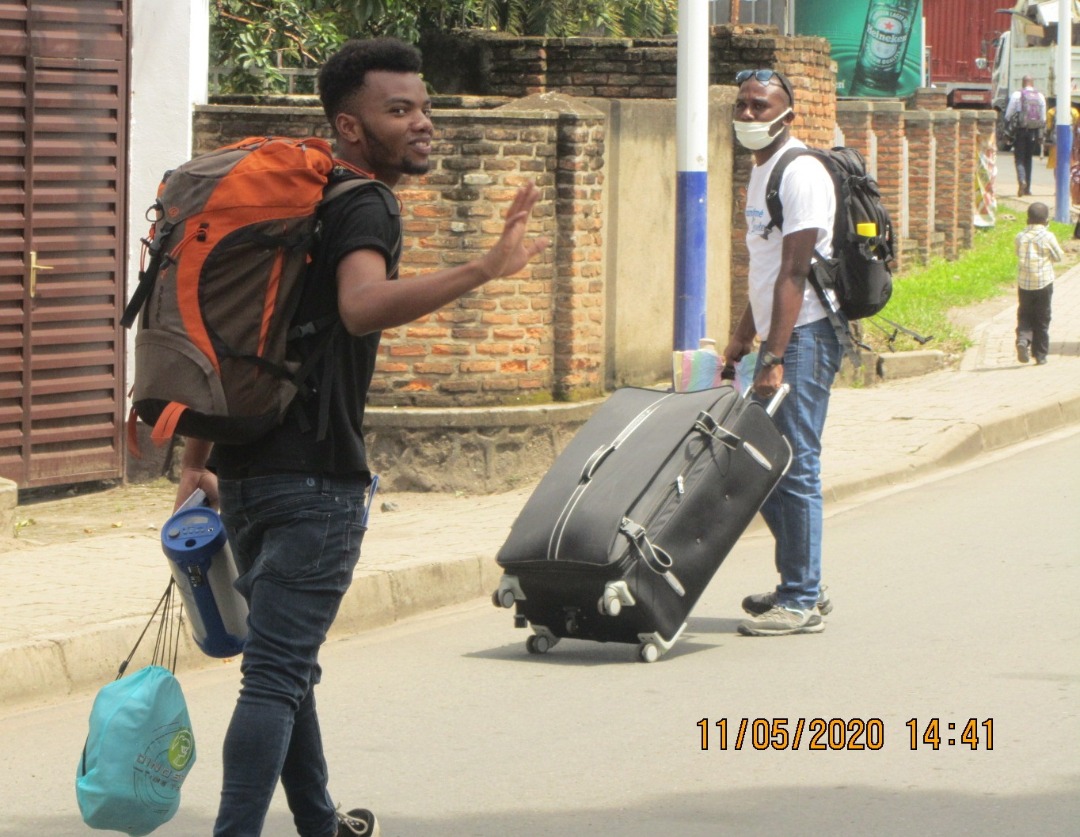 On Monday, many cars of returning citizens could be seen lining up as they waited patiently while many more were arriving, with some coming with their household items. Authorities and immigration officials on the Rwandan side could be seen trying to create some order as the angry Congolese nationals became agitated by the delays to be granted entry back home.

Rwanda maintains it remains ready to facilitate whoever wishes to repatriate back home. Relations between the two countries have greatly improved over the last two years since President Felix Tshisekedi took office.