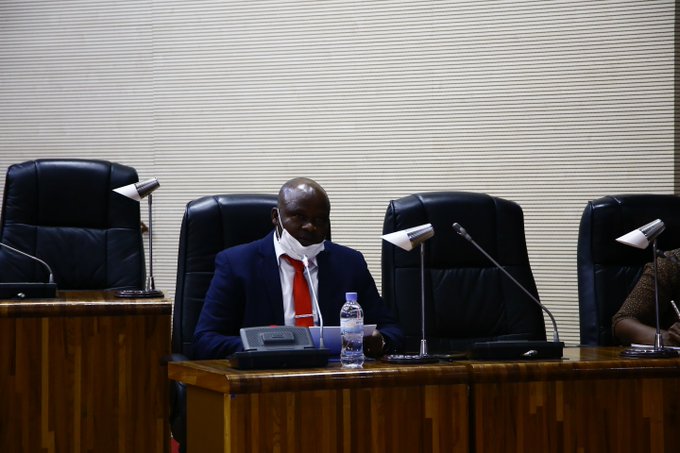 Parliament has recommended the summoning of government officials over failure to implement major development projects, in which some of funding is nowhere to be seen.

The decision comes after a field visit finding collected by the parliament economic committee showed that despite billions injected in many of the projects, a good number were not implemented and lacked proper planning.

For example, the committee showed that in its field visit conducted from March 2-13, 2020 they couldn’t see a work done on a proposed 28km road Bakokwe- Kiyumba- Nyabarongo in Muhanga district which has so far taken a budget of Rwf1.54billion.

“When we visited the area where the road was supposed to be, there was no sign of a road or explanation where the money was put,” said MP Omar Munyaneza the committee chairperson.

This is just one of the many projects which the committee showed in the report, which indicated that the budget for districts increased by Rwf14billion from Rwf658.8billion (as of June 2019) to reach Rwf673billions.

On  development budgets districts had utilised Rwf83.3billion (27%) as of December 2019 and by the time of the committee’s visit had used Rwf125.7billion (40%) of the Rwf302.6billion intended for this segment.

This showed that of the 622 development projects only 154 were complete, 344 in progress, 103 in tender process, and 21 projects not done because of funding from donors, Munyaneza said.

MP Munyaneza said that this comes with unsolved issues which resulted in delay of projects implementation and when the districts were asked why, they responded that there was a delay in funding from the Ministry of Finance and Donors.

“District officials told the committee members that when they requested money from the Ministry of Finance, it took more time to get it delivered and later on, it was only delivered in installments,” he said adding that districts also report delays in donor funds disbursement.

Munyaneza however said that failure of some projects was a result of some districts passing their own budgets which don’t match with the one that was revised.

In other districts, also, poor planning was also reported.

For example the committee found the construction works on the proposed Munini hospital in Nyaruguru district, didn’t have a fiber optic plan to connect the facility to the internet and lacked water channels yet all of this was budgeted for.

At the same hospital, the committee found no planned incinerator facility, a low power generator and no cleaning area or sewage management system.

“We recommended that these issues and many others be considered in the next budget analysis before the revised budget is passed, but the commission will also follow up with an oversight on the previous issues that have not been resolved,” Munyaneza said.

The committee also highlighted the failure to implement the Gender Budget Statement program of Rwf92.7billion of which Rwf53.9billion were used on women employment projects- which are already in the development budgets.

To this effect the commission released recommendations which will include summoning the line ministries, government agencies to explain why these issues are as reported, their plans to resolve them among others.

The ministry of health will be summoned to explain the issues surrounding the health facilities in Nyaruguru, unpaid salaries of medical experts in Rwinkwavu hospital and Rilima hospital, reason for closure and unused Health posts in Rwamagana district

For unaccounted activities, the Office of the Auditor General (OAG) will be asked to conduct a detailed assessment on the implementation of Bakokwe- Kiyumba- Nyabarongo road project.

On oversight issues, the committee said that the ministry of finance will explain surrounding delayed implementation of development project and why lack of proper feasibility studies- an issue that has been raised in many reports for years.

The finance ministry will also explain why some districts revenues don’t appear in one system, delayed payments of health insurance by Rwanda social security Board (RSSB),

Other ministry like Trade and Industry will also explain its plan of having an industrial park in each district, while ministry of environment will explain why the Sebeya river catchment project which is co-financed by government has continued to destroy farmlands in Rubavu district.