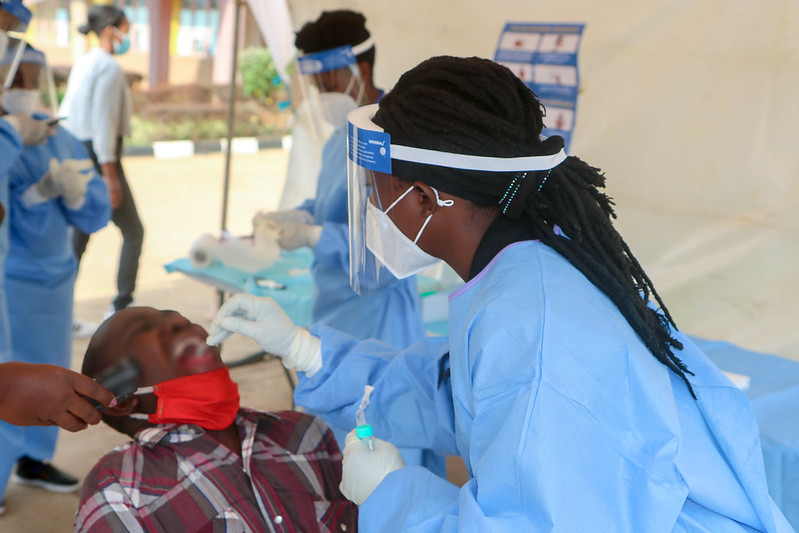 Rwanda on Thursday registered 21 New Coronavirus cases, 7 of which were captured in Kigali, 5 in Rusizi districts, 5 in Ngoma and 4 in Kirehe but the cases do not include results of the mass testing that kicked off in the City of Kigali today.

The street mass testing kicked off on Thursday morning at Amahoro National Stadium, with the Ministry of Health indicating that it targets testing at least 5,000. Testing teams also conducting tests on random people near the former Camp Kigali in the Central Business District and at IPRC Kicukiro. 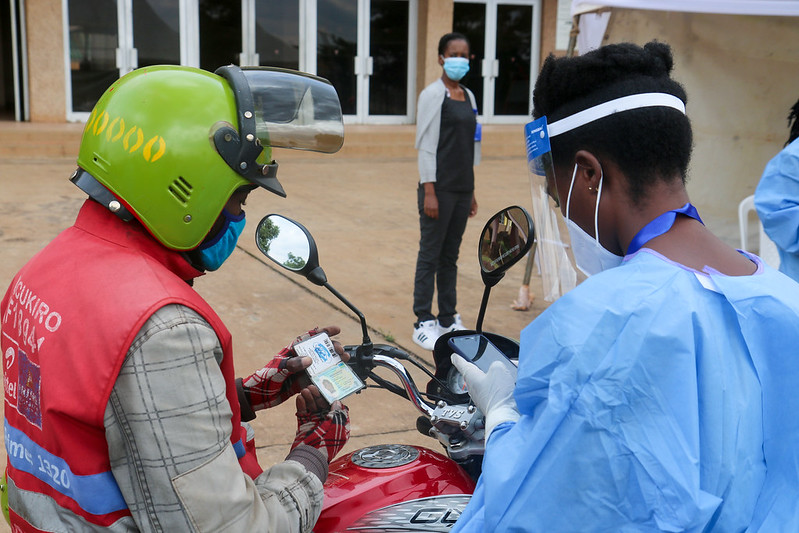 More tests will be conducted in Rugende, Giticyinyoni and Gatsata. According to Dr Sabin Nsanzimana, the Director General of RBC, mass testing will be conducted every two weeks to assess the trends of COVID-19 in the country and get a clear picture of the situation in the city and among the traffic coming in and out of the city in a bid to ascertain the status of the virus.

“We want to get the status of the pandemic within the community. Previous we were targeting certain groups of people but now we are conducting random tests on many people, which will believe will give us better results and helps understand and see where we stand,” 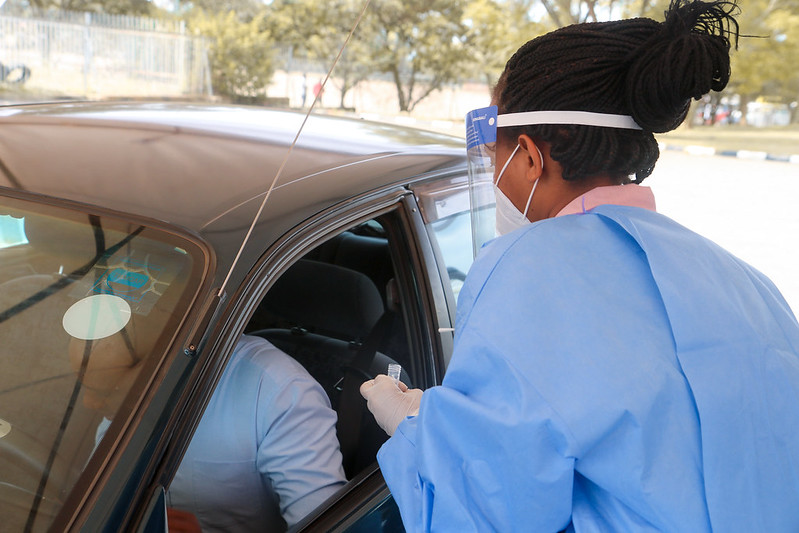 He said that in the morning, they target people going to work while in the evening they focus on people heading home. The test lasts about 7 minutes and motorists don’t have to get out their cars while people on ‘motos’ on the riders are not asked to get off the bikes

Those who are tested proceed with their activities and will be given the results after 48 hours. According to Dr. Nsanzimana, those who will test positive will be isolated and their contacts traced

Moses Sebudandi, a lawyer, who participated in the testing said the exercise was important for people to be tested to ascertain the status of the virus and the measures that can be taken to contain it.

“In our profession, we meet very many people, we visit inmates in prison facilities and make many movements. Rwandans need to understand the seriousness of the virus and adhere to all safety and hygiene measures put in place by the government,” Sebudandi said. 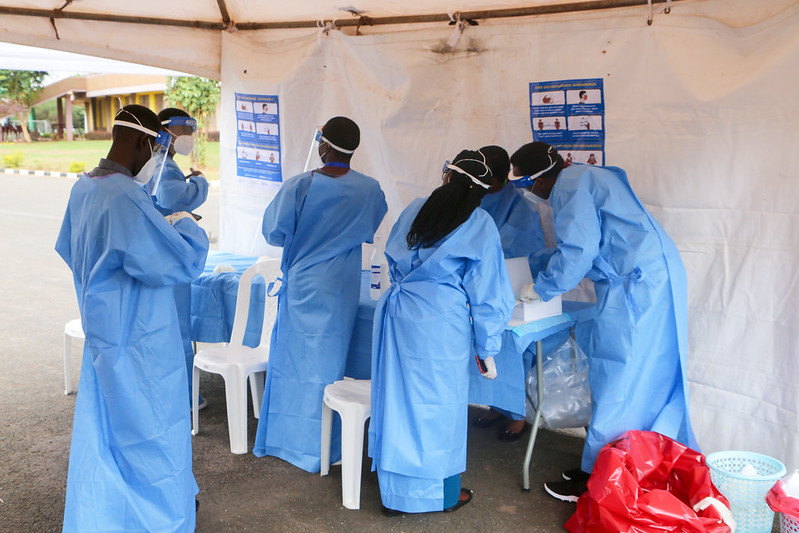 Emmanuel Uzabakiriho, a moto taxi operator, said that the testing is important because himself and colleagues who use motorbikes to ply their work are at a greater risk.