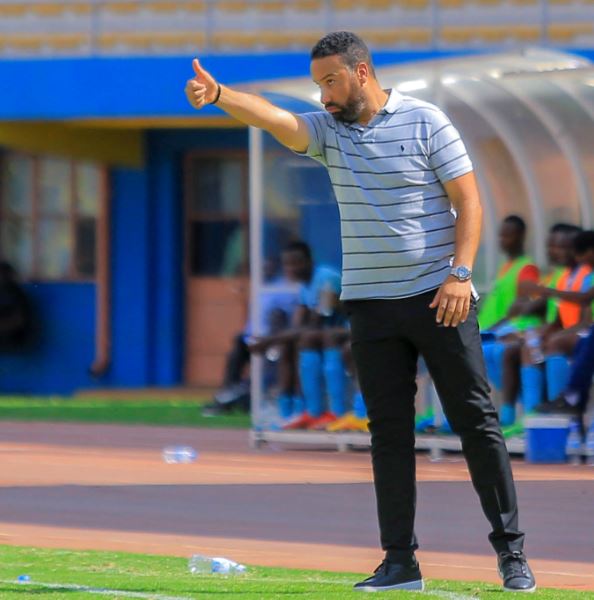 APR Head Coach Mohammed Adil Erradi, who has just extended his commitment by a further two years, has spoken about his decision to commit his future to the club.

The Morrocan has just overseen a successful campaign in his first year with the club going 23 league games unbeaten and eventually being awarded the title after the season was curtailed due to the New Coronavirus pandemic.

The new deal will keep him at the helm through 2022.

Expressing his delight, Adil said “I am very happy to extend my contract with APR family and technical staff Pablo, Mugabo and Haj Taeib.”

“I thank my bosses for the faith they have put in me and all the players for rising the challenges.”

The manager further said: “I thank the fans, together with us, we will do everything possible to achieve our goals for the 2020/2021 season.”

The reigning champions have set reaching the group stage of the CAF Champions League and retaining the league title as the main targets for the upcoming campaign.

Last week, the club announced Pablo Morchón as their new assistant coach, replacing Nabyl Bekraoui who left the club after just one season.

COVID-19: Africa Should Not Miss Out on The Vaccine – President Kagame