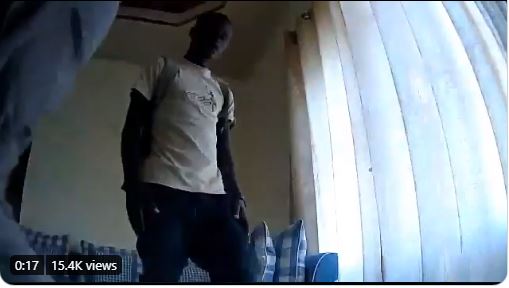 Police in City of Kigali has arrested seven members of the same coordinated ring said to be behind series of house break-ins targeting mainly electronics.

The group include five people, who break into targeted houses while two others are said to be charged with selling the stolen electronics, especially flat screen television sets.

The suspects were paraded to the media on Saturday, August 8. They admitted to being behind some of the burglaries in Kigali.

One of the suspects, Augustin Muhawenayo, 32, said that they have an organised group that conducts surveillance to map out houses especially those with flat television screens.

“We were arrested after entering into one of the houses we had targeted in Kibagabaga, Gasabo District, where we stole a flat screen.

We had previously succeeded in breaking into several houses in Kimironko where we also stole a number of television sets,” Muhawenayo narrated.

He explained that they had clients ready to buy every stolen television set, and who were giving them money to facilitate their movements.

Another suspect, Eric Tuyizere, 20, said that he was part of the five-member group that would break into houses.

Tuyizere is the one, who was recently captured by a CCTV camera, and whose identity alongside Muhawenayo, were circulating on social media platforms stealing electronics in a house.

“At the time when we were captured by a CCTV camera, I was with Muhawenayo and Manasse (another arrested member of the ring). We didn’t know there was a camera, but when we noticed that we were in a trap, we only took a flat television screen. My role in this group was to stay outside on watch-out to ensure we are not noticed or arrested,” Tuyizere explained. 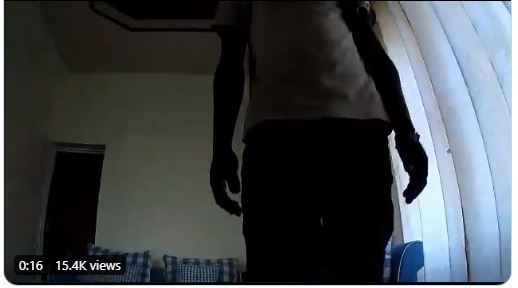 Muhawenayo and Tuyizere said that they have been in this criminal business for a while.

Nsabiyeze Nuhu admitted that his role was to get buyers for the stolen items.

He hails from Rubavu District, where he runs an electronics’ shop. He said that he was arrested on his second attempt buying television screens from the same group.

“I was connected to this group by a colleague, who lives here in Kigali. Normally, I deal in new televisions, but this group started supplying me with used TV sets at a cheaper price,” Nsabiyeze said.

He said that he was getting about Rwf100,000 in profits from every TV set he sold.

Nsabiyeze said that he had already bought five TV sets from this group.

One of the victims, Venant Mutaganda, whose stolen items were recovered from the same ring, thanked the Police and other security organs breaking this chain of burglars.

Among his recovered items are a flat TV set and clothes which were stolen in the night of August 3, at his home in Kigarama, Kicukiro District.

RNP spokesperson, CP John Bosco Kabera said that the force will continue to track people engaged in these criminal activities.

He further warned people, who deal in stolen items and advised the public against buying goods on black market, which can make them accomplices when found with anything stolen.

“This group was identified after we arrested one member, who cooperated and disclosed all his accomplices,” CP Kabera said.

He called for further information sharing on anyone suspected to be involved in these criminal activities, including those who buy and sell these stolen electronics.

Theft, under article 166 of the law determining offences and penalties in Rwanda, attracts an imprisonment of one to two years and a fine of between Rwf1 million and Rwf2 million, a community service of six months or one of these penalties.

We have arrested Augustin Muhawenayo and Eric Kwizera who are suspected to have been involved in a robbery that happened on July 15, 2020 at Ronard Serwanga house located in Kibagabaga, Gasabo District.https://t.co/sPfOHoiEZV

The investigations are underway.

Today’s morning these men broke into my house at Kibagabaga Kigali and took almost my everything eg TVs, laptop, academic papers etc. If you see them, pls inform the police in #Rwanda .Kindly retweet for me to find them @RIB_Rw @Rwandapolice @RNPSpokesperson @JanvierPopote #Rwot pic.twitter.com/5SaCNB1OQf

Umuganura, The Essence Of Rwanda, Not A Harvest Festival