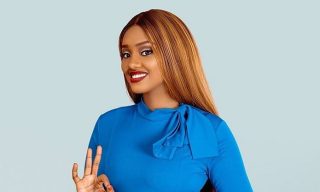 Local singer Bruce Itahiwacu, commonly known as Bruce Melodie and socialite Shadia Uwimbabazi, known as Shaddy Boo, are languishing behind bars after Rwanda National Police (RNP) arrested them over the weekend for violation of measures against the New Coronavirus.

The development was confirmed by the RNP Spokesperson CP John Bosco Kabera who said that the two were arrested after they were caught drinking and partying past curfew hours.

“They were arrested for violating government measures against the spread of COVID-19 and causing noise pollution,” CP Kabera said.

CP Kabera said that drinking or partying past 9pm, in violation of government measures against COVID-19, while at the same time violating guidelines against noise pollution

“Playing loud music which affects one’s neighbours is in violation of noise pollution prevention measures and can be punished by law,” the Police publicist said.

The duo was arrested on Sunday, August 9 in Kimironko Sector, Gasabo district. The same night, Shaddy Boo posted a tweet asking whether it is ok for Police to search one’s home without presenting a search warrant. 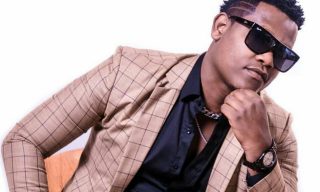 Bruce Melodie and Shaddy Boo were arrested over the weekend.

She however deleted the tweet after some time and refused to make any comments. Rumours of their arrest surfaced on Monday but Police could not confirm.

Police has warned people against engaging in acts that violate COVID-19 measures, particularly citing house parties and drink ups as a major risk factor for the spread of the virus.

Bruce Melodie is currently one of the most popular artistes in Rwanda, boasting of major hits such as ‘Katerina’ and ‘Fresh’ as well as his latest ‘Saa Moja’, which ironically talks about being home early, by 7pm. He recently signed a Rwf50m deal with an imported beer which himself and Shaddy Boo are ambassadors.

I am the Biggest Brand in the Country-The Ben