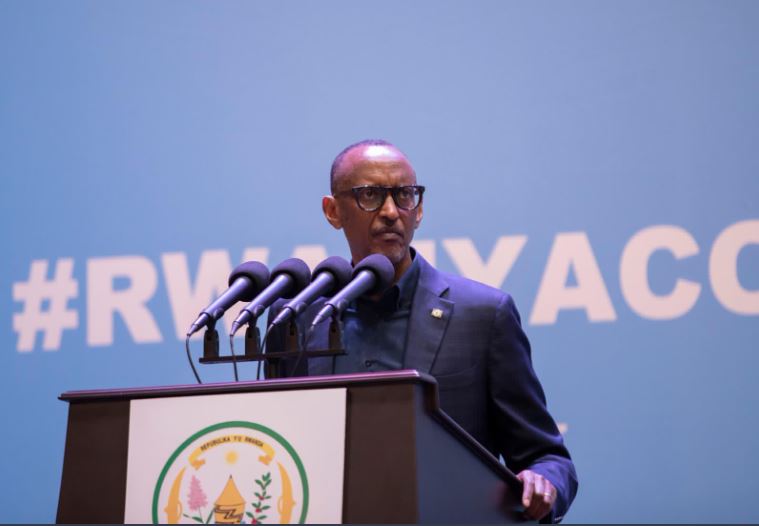 President Paul Kagame has said that many people have, through years wished to be naturalized Rwandans, and his conviction is that, whoever wants to be part of Rwandans, should be given that opportunity if they want to build the country.

“For years, we’ve had people requesting to be naturalized Rwandans. I keep telling leaders, I hope they agree with me, whoever wants to be one of us should be given the opportunity, as long as they want to make a contribution towards building our country,” Kagame said on Monday, at the National Executive Committee(NEC) meeting of the ruling party- Rwanda Patriotic Front(RPF) Inkotanyi.

The president is also chairman of the ruling party.

For Kagame, it would be shameful for any Rwandan to wish to belong somewhere else while many want to come here.

“I would not wish to be anyone else or from anywhere else. We must be proud to be who we are. Whoever wants to be someone else, that’s their problem. It would be shameful because there are people who want to be us,” Kagame said.

The president further referred to the hostilities of past Rwandan regimes that were against people, including Rwandans themselves and indicated that Rwanda today is different.

“We cannot say the country is full, like those before used to proclaim, therefore we could not be accommodated. That is not who we are. There is room for everyone, including those Rwandans who are still abroad,” the President said adding however that, accomodating people should not be interpreted wrongly.

“However, being accommodative of everyone should not be misconstrued to mean that we are submissive. It does not mean that some people are going to claim to be more important than everybody else. We are all equal and must be treated equally,” Kagame said. 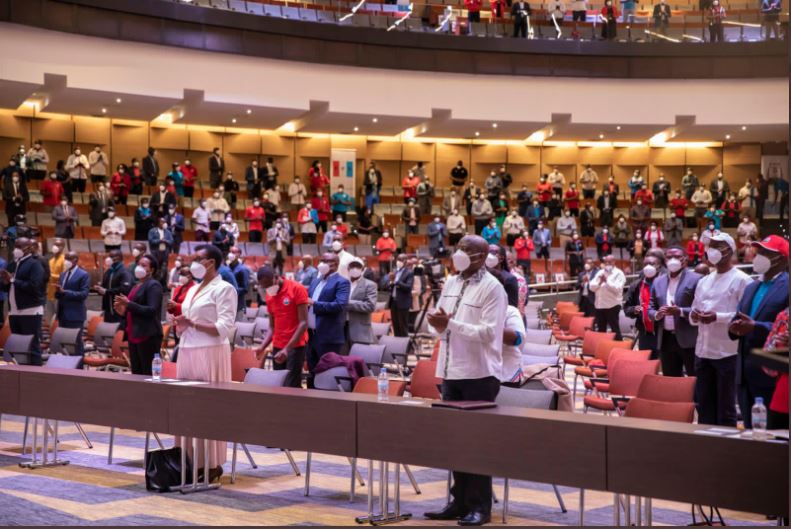 President Kagame reiterated the values of a Rwandan leader and the dos and don’ts.

“Last time we met, we talked about corruption and other governance challenges that negatively impact Rwandans. This should not still be happening. When fighting a bad habit, we have to uproot it, rather than get to a point where it’s tolerable,” he said.

In the previous meeting, the President raised several issues and held some officials accountable. Cases have been in court with several officials explaining.

Kagame did not change his position in this regard. On Monday, he still asked officials to rather work hard  for the community they are meant to serve.

“Working for the wellbeing of Rwandans is a mandate that does not change under any circumstances. People should get what they deserve. We cannot be drawn back to where this country came from,” he said.

“For all our aspirations to be achieved, it will require effort of everyone, you and me. We may defer in ways we think or do things, but we have a common vision, building the nation. Everyone must make their contribution to move the country forward.”

The president was straight to the point where he indicated that it belongs to everyone to pay taxes.

“For instance, we must fulfil our fiscal responsibilities. When you have conducted business, it is your duty to pay tax. We need the tax to build schools, roads etc. It is for the general interest, so whether you like or not, you must comply,” he said.