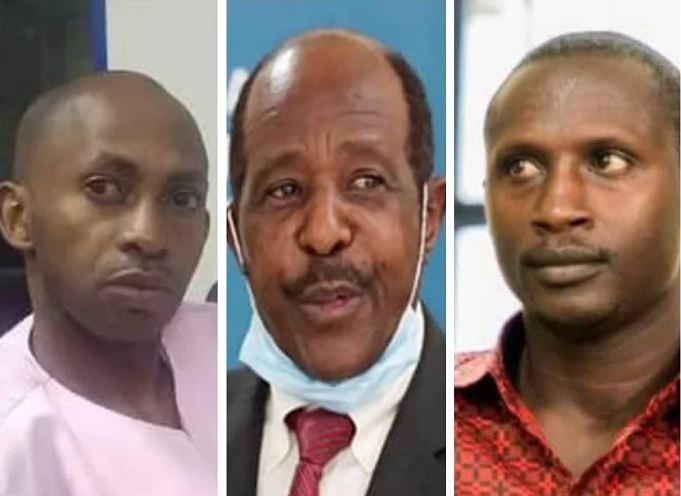 The trial of two former National Liberation Front (FLN) spokesmen Callixte Nsabimana and Herman Nsengimana resumed Thursday with prosecution pushing for cases of both terror suspected be combined in one case trial.

In the case which was conducted electronically in two court rooms in Kigali, and Nyanza district; the suspect Nsabimana appeared following live from inside Mageragere prison.

Nsabimana is facing 17 counts of terror charges on alleged crimes including murder and arson committed in Nyamagabe District and Nyaruguru district in 2018.

Since last year, Nsabimana has been responding to nine of the charges and has been battling the remaining eight charges of which he shares with his FLN successor- Nsengimana.

Prosecution argued that both suspects held the same position (as FLN Spokesmen) and thus fitting to try them together.

“Both suspects are facing almost the same charges from the evidence collected during investigation, because they were doing the same job and stand separately but accused of the same crimes ,” prosecution argued.

However, Nsabinama and his defense attorney Lawyer Moise Nkundabarashi argued that this move would need concrete reasons but also delay the progress made in the trial of his clients, since he pleaded guilty on most counts.

Prosecution argued that the reasoning was to save time over the two cases which have similar charges and connected since they operated under the same top leadership of the Rwandan Movement for Democratic Change (MRCD) linked to Paul Rusesabagina who was also recently arrested.

Lawyer Yousuf Ndutiye, who represented interests of victims of the attacks manned on Rwandan soil, also sought court to have the case of Rusesabagina tried alongside with the two former FLN spokesmen since he allegedly have formed the terror group which run attack operations on Rwandan territory.

Terror Nsabinama aka ‘Sankara’ had earlier on, in July, testified to have received funding from Rusesabagina’s MRCD group to conduct the terror operations which claimed lives in the southern parts of Rwanda.

After hearing this argument, court recessed to examine the arguments and returned ruling a postponement of the case to October 1, when the decision will be pronounced on whether the cases can be combined.