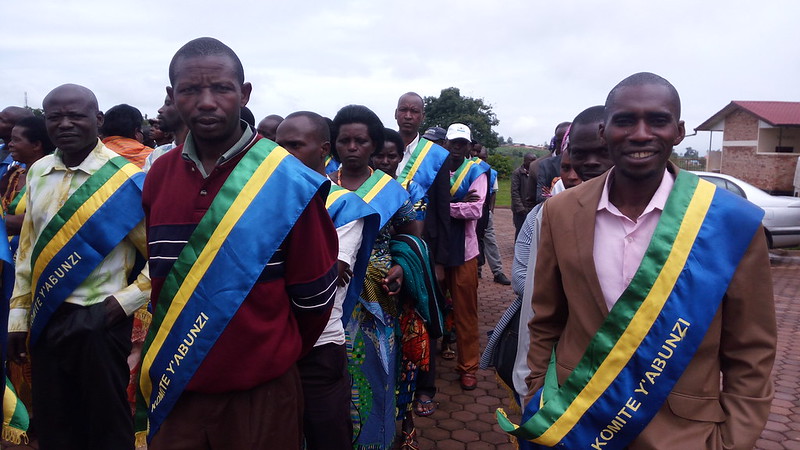 Parliament has passed an amended bill that extends the mandate of Abunzi community justice whose five-year term expired two months ago.

Minister of State in the Ministry of Justice in Charge of Constitutional and Legal Affairs, Solina Nyirahabimana who tabled the bill told parliament that the planned Abunzi elections exercise was delayed due to Covid-19 challenges but based on the needs of justice to be served at community level, their term was temporarily extended.

In the new provision of article 6 of the Abunzi law, the ministry proposed an additional exception for the committees to continue to work under an extended-term due to a force majeure situation (Covid-19), and asked that this amendment is backdated to August 1st.

“We found that it was not practical to conduct elections before the pandemic is dealt with completely. That is why we chose to extend term of office of the Abunzi-whose mandate had expired,” Nyirahabimana said.

MPs were concerned over the duration of this extension, and the legal safety of the dossiers collected over this extended time, how the next elections will be conducted, and if this is not a wakeup call for other domains.

“Since none of us prepared for it, this should be a wakeup call to consider the same review of laws in other domains,” said MP John Ruku Rwabyoma.

MP Diogene Bitunguramye asked if the next Abunzi elections will require another authoritative directive since it is the presidential order that gives provisions for how elections are conducted.

“I think we need to add this provision so that we can know how the elections will be conducted after the pandemic and explain under what circumstances the elections didn’t take place,” Bitunguramye said.

MP Odette Uwamariya wondered about the legal status of the dossiers that were being handled by the cell and sector executives during the review period when the Abunzi have not been actively involved in mediation.

“We want to know the legal status of the cases that the executives handled and of the cases they have not received and how they plan to hand over these cases,” MP Uwamariya asked.

In response, the state minister said that this is a wakeup call of which government will use the experience on other sectors to prepare for such uncertainties in laws in future.

She said that the amendment rectifies the Covid-19 challenge but the next elections will be an issue of management of the current situation and will be determined by the legally accepted electoral procedures.

“The next election is to be held using the normal election procedures. But first, we are resolving this challenge of abunzi mandate so that they can continue to serve justice in the communities,” the state minister Nyirahabimana said.

The state minister also revealed that since the extension the Abunzi have received over 2,600 dossiers of community disputes which have already been declared at the ministerial level, thus an assurance of continuation to provide justice for the community.

MP Mukayijole insisted that challenges of Abunzi lacking equipment, office space and storage for documents must be highly considered if their work is to be made easy.