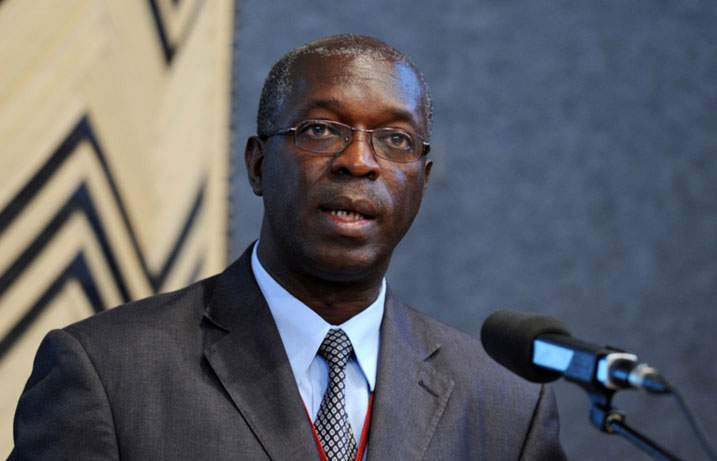 The Ombudsman report has pointed to serious loopholes in dealing with cases of corruption at the local and central level despite increased efforts in sensitization in fighting the vices.

While presenting the 2019-2020 report to both senate and chamber of deputies this Tuesday, Ombudsman Anastase Murekezi showed that citizen’s willingness to provide information on corruption has increased by an average of over 10% annually.

Murekezi said that one of the ways of resolving these issues is to have the officials held responsible for administrative errors which underlie pointers of bribery and corruption especially in land related issues, tender procedures and in local government and private sector domains

For example the ombudsman said that increasing delays in payment and mismanagement of tenders, procurement and contracts is one of the areas which are prone to corruption and they are looking into addressing this in a new way.

“This issue of delaying to pay enterprises is a corruption trap. We are pushing for the amendment of tender law to have this action coined as a criminal offense because there is no reason for holding a payment request for years,” Murekezi said.

The current procurement law considers delays in paying off services rendered to government as an administrative error. Consequently, entrepreneurs choose to bribe to have their payments processed quickly instead of incurring costs of paying bank loan fines or auctioning of their businesses.

The same issue was also highlighted in the Auditor General’s report 2019/2020 which showed violation of tender procedures with some tenders especially in districts superseding the planned amount of money for the bids.

For example, 21 institutions offered tenders worth Rwf3billion yet Rwf1.5billion was planned, incidences which were commonly seen in institutions and districts like Huye (703%), Ngororero (569%), Rwanda Biomedical Center (RBC)-Head Quarters (339%), Rwanda Education Board (REB) (189%) and Rwanda Polytechnic (RP) (131%).

Among such defaulter pointed out by the Ombudsman was the ministry of education (Mineduc) which is alleged to have failed to pay one entrepreneur Jean Baptiste Rurangirwa, who build classrooms.

Murekezi said this case was received after it had been judged in the arbitration court, where court ordered the ministry to pay the entrepreneur. However till today nothing has been done, yet there are evidences that the contracted work was done.

Murekezi said that he personally inquired with the former minister of education to explain why they are not solving this issue and he was instead told that the entrepreneur didn’t do a good job.

“I asked for that report so we can analyze it but I didn’t get it,” Murekezi said adding that for this reason they are going to compel the ministry to pay the entrepreneur or recommend punitive action on the ministry officials.

The ombudsman showed parliament that some government institutions failed to pay private transport companies that are hired to transport government workers, especially as a result of corruption in ministry of infrastructure (which handles the project) thus resulting to some of the institutions having to resort to using companies with old vehicles to save the situation for a cheaper price.

The ombudsman further identified debts to pay to transport companies with for example Water and sanitation corporation (Wasac) owing Rwf16millio while Rwanda Biomedical Center (RBC) has Rwf128million debts to pay.

MP Beline Uwineza asked if there is any plan for the ombudsman to ensure this money is paid and deal with issues of corruption that could be underlying these financial cases in the public transportation for civil servants.

The Ombudman said that all these companies will have to be paid for their services so as to protect the lives of civil servants who are put at risk of traveling in old vehicles.

Meanwhile, the Ombudsman informed parliament that the Integrated Polytechnic Regional Centers (IPRCs) failed to refund hundreds of students Rwf43million which was paid as caution fees between July 2017 and July 2020.

The Ombudsman also said that he is going to seek punitive measures against two institutions – Itorero ry’Igihugu (National Cultural Troop) and Media High Council (MHC) for failing to present any of the four reports on measures to curb corruption.