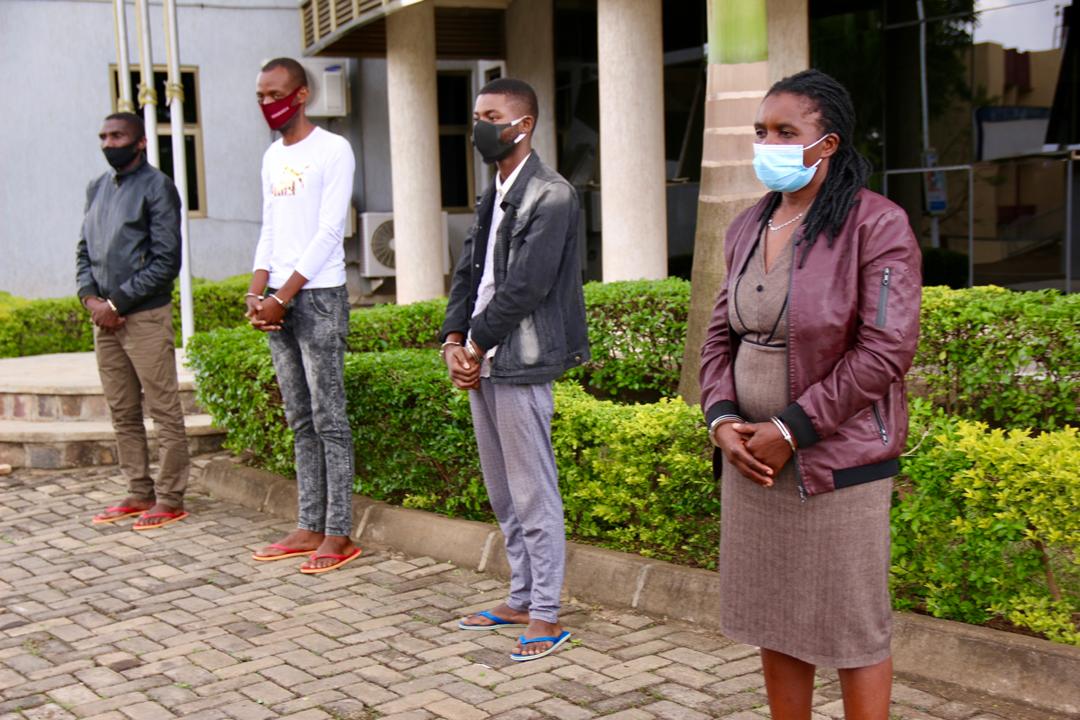 The suspects have been duping people with fake driving licenses.

Rwanda National Police (RNP) has arrested four people belonging to the same ring that allegedly forges and issues fake driver’s license. The four suspects, who were guising as Police officers, were arrested in separate operations conducted in City of Kigali.

Uzamukunda, the only woman in the group, was masquerading as ‘Afande CIP Philomène.’

The quartet was shown to the media on Tuesday, October 20, at Police Metropolitan headquarters in Remera. Police also seized a computer and printer, which they were using to print fake driver’s permit.

This follows similar operations in June, which also led to the arrest of five other people, who were engaged in the same fraudulent practices. One of the scammers; Francois Kalinijabo, narrated that he was recruited by Murenzi mid this year to facilitate in producing forged permits.

“Murenzi called and asked me if I can get him someone to print a driver’s license. I contacted Adam (Bora) because I knew he was a photographer with a photo studio in town (Kigali).

Adam told me that he would charge Frw5,000 for every printed permit, but when I went back to Murenzi, I told him Frw10, 000, which he was giving me to print each permit. I don’t remember exactly how many drivers’ license we had produced and issued in the past few months, but they could amount to approximately 40,” Kalinijabo recounted. 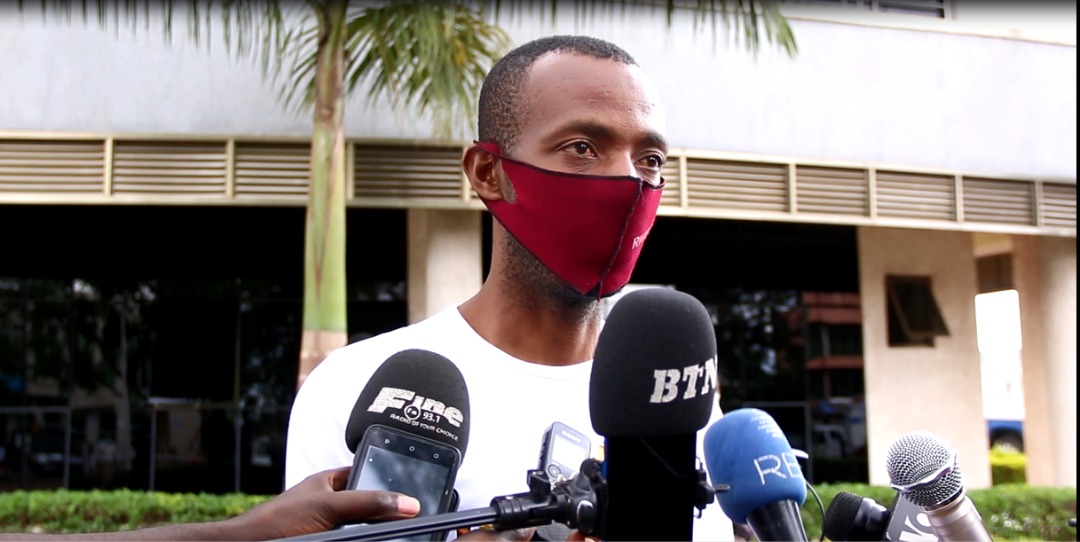 Francois Kalinijabo, one of the suspects

Kalinijabo, a taxi-driver, regretted the criminal actions recalling how he rightfully acquired his driver’s license after going through the due process. Rwanda National Police spokesperson, CP John Bosco Kabera said that so far, there are 42 known fake driving permits, which the ring issued, although there are many others that they were yet to print, which were found on the seized computer.

“As usual, when Police gets information on any suspected criminal practice, we follow up and that is how this specific group was unearthed after it emerged that they were producing fake driver’s license and selling them to people, who thought they were dealing with Police officers and who were convinced that they would get the license through such criminal shortcuts,” CP Kabera said.

He added: “This is an act of forgery, impersonation and fraud, which are punishable by law. We can only advise anyone aspiring to be a driver to follow the eased process of acquiring a license because at one point, the fake permit will be detected and the holder will be arrested to equally face the law.”

Forging or using a forged document, under article 276 of the law relating to offences and penalties in general in Rwanda, is punishable with a term of imprisonment of five to seven years and a fine of up to Frw5 million. 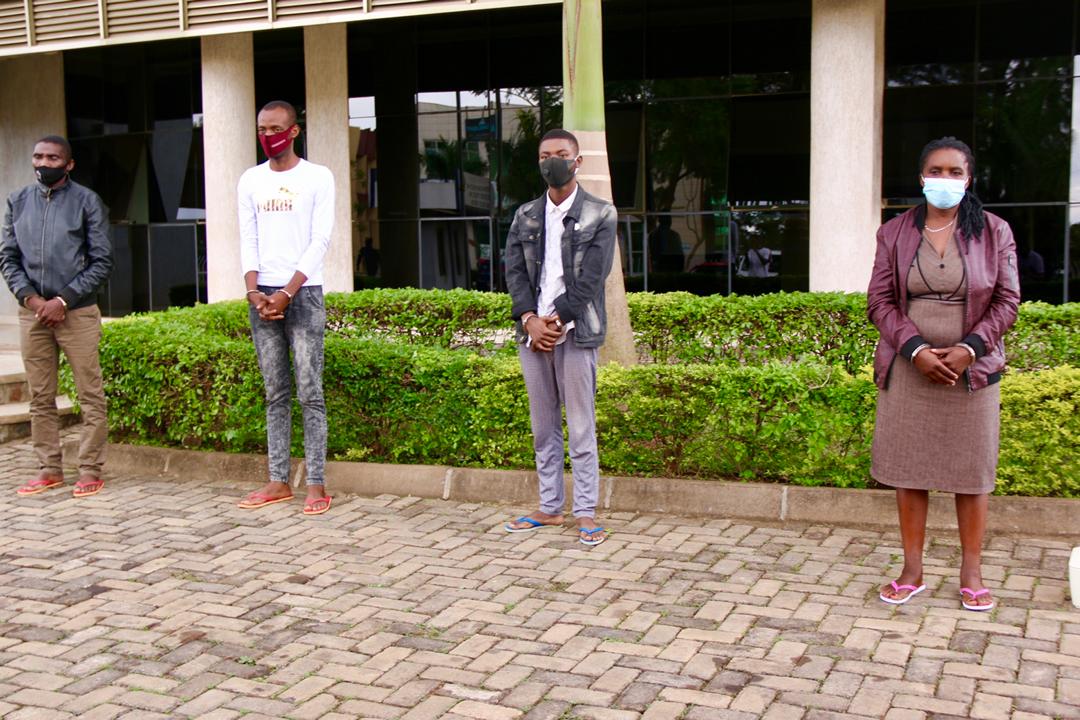 “Driver’s license registration, tests and venues are always widely communicated. So, if you did not seat for the tests, just know that the license you are holding, which you received through an arrangement with someone on phone, is a fake one and you will be arrested either way.

Police officers don’t call people to pay money in order to get them driver’s license, so whoever calls you asking for money, to get you a license, that is a conman, who should be reported and arrested,” CP Kabera said.