Gov’t To Replace 14,000 Teachers Over Absenteeism 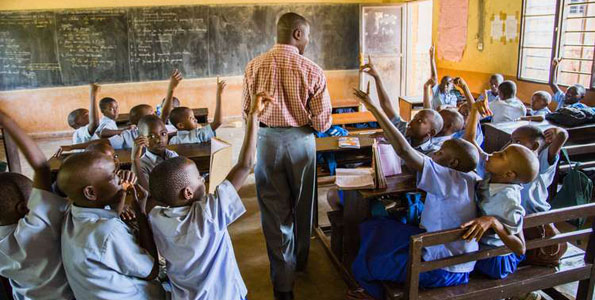 A total of 14,140 primary and secondary teachers could be replaced over absenteeism, the Ministry of Education said.

On 12th October 2020, the ministry of education directed teachers to report back to their respective schools, but a total of 14,140 teachers have not compiled yet, the condition considered as ‘unauthorized absenteeism’ that could lead to replacement from duties.

According to the ministry of education, a total of 69,221 primary teachers were expected to report to their respective schools within 15 days since the directed date, but 56,750 teachers have complied.

In secondary schools, 44,740 teachers were expected to report, but 43,071 teachers reported.

The teacher’s statute directs  that “The salary of a substitute teacher is determined in a contract in accordance with the labour law and cannot be higher than the one of the replaced teacher or inferior to that of a Junior teacher with the same degree.”

In Kigali city and Nothern province-based primary schools, teachers reported back at 96%, Southern Province 97%, Eastern 93%, and Western province at 94%.

For secondary school teachers, Kigali city-based school, teachers reported back at a rate of 96%, Southern 96%, Northern 97%, Eastern 80%, and Western province at 94.3%.

“A teacher, for any reason, who suspends work for at least fifteen (15) days, is temporarily replaced by another teacher who is on the waiting list of those who have passed the recruitment examination”, The teacher’s statute n° 10 of 16/03/2020.

The number of unauthorized absentia teachers was announced by the minister of education during the press conference on 16th November 2020.

“We have known the number of teachers who never reported back. It is easy to replace them. The teacher’s statute will be respected, ” Dr. Valentine Uwamariya, minister of education said.

According to the teacher’s statute, “a teacher who is appointed to replace another is temporarily removed from the waiting list of those who have passed the examination but are not yet placed. A teacher who temporarily replaces another sign a service contract of a duration not exceeding that of the absence of the replaced teacher. The period served in replacement is taken into account in the calculation of the experience of the teacher,”

Next week, primary four, and secondary students from senior one, two, and four will resume their studies across the country. Other levels reopened the door on November 2, closing a 7-month interruption that was imposed by the need to prevent the spread of COVID-19 since March this year.