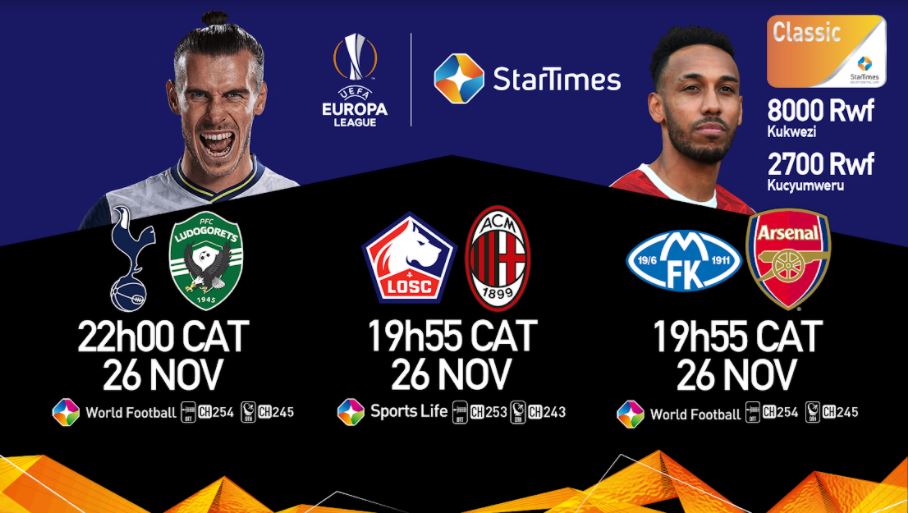 Premier League clubs Arsenal and Leicester City have a chance to advance to the knock-out stage of the Europa League this week.

Arsenal are away at Norwegian club Molde, while Leicester City travel to Braga and both will be assured of advancing to the next round with a victory on Thursday.

Arsenal, who were held to a goalless draw at Leeds in the Premier League on Sunday, top Group B with nine points from Molde who have six after their three games.

As the tie-breaker used in the competition is – firstly – the head-to-head result between clubs equal on points, the Gunners would be guaranteed a place in the knock-out should they return from Norway with a win after beating Molde 4-1 on matchday three.

Leicester are in a very similar situation to their London rivals. After winning 4-0 at home against Braga at the beginning of the month, they know that a victory in Portugal will be see them go through.

Their preparations for the game in Braga on Thursday, however, was poor as they were beaten 3-0 by Liverpool in Sunday’s late Premier League game.

Ironically, Tottenham Hotspur, who are leading their domestic league and secured a morale-boosting 2-0 victory against Manchester City on the weekend, need to do some work before they can make plans for the knock-out stage.

A 1-0 defeat in Belgium against Antwerp on matchday two sees Jose Mourinho’s team on six points in Group J, with Antwerp and Austrian club LASK also on six points.

Victory at home against Ludogorets Razgrad will be a major step towards the knockout stage, but will not be enough to prematurely ensure Spurs a place in the next rounds.

Mourinho’s preparations for Thursday’s game against the Bulgarian team suffered a blow in the victory against Manchester City as centre-back Toby Alderweireld had to leave the field with nine minutes to go after suffering an adductor injury.

The Belgian international could be out for several weeks and as Joe Roden was signed after the Europa League squad was nominated, Mourinho does not have an immediate back-up.

“It’s bad, it’s bad. It’s a muscular injury. The dimension of course we don’t know, we have to wait, but it’s a difficult injury for sure.

“In the Premier League we have three centre-backs, in the Europa League we don’t have Joe Rodon, we only have two, but that’s the way it is.

“We don’t have anybody to blame. He played in the international matches that the team needed to win to qualify for the final four (of the Nations League). With us he’s playing so well we decided to play him rather than rest him.

“There’s nobody to blame, just to recover as soon as possible,” Mourinho told journalists.

African football fans will be able to see whom Mourinho picks to take Alderweireld’s place as the game will be broadcast live and exclusive on the StarTimes football channels.