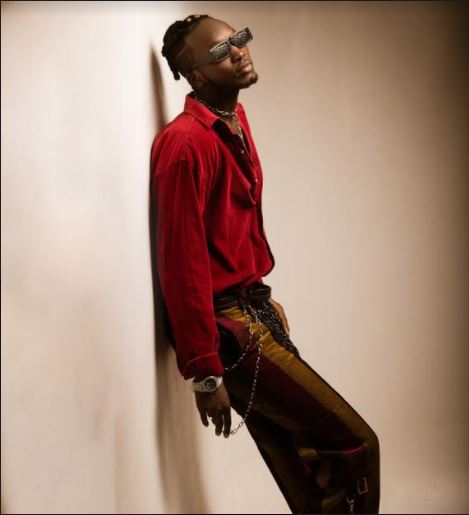 As many artists continue to curse 2020, upcoming music star Kevin Kade praises the year for giving him the opportunity to shine on the music scene.

The graduate of Nyundo music school joined the music industry last year with his debut single ‘Sofiya’ that earned him a lifetime changing deal of being part of Incredible records that has groomed several established musicians like Danny Nanone, Active crew and Young Grace.

While appearing live at KT Radio’s evening program #Dundashow, Kevin Kade confessed that, 2020 was a blessing to his music career because it’s where he has shined musically and won awards despite the pandemic.

“COVID-19 aside, this year raised my name higher in the industry and gave me a platform to show the nation that I am a real musician. This year I did my own show, and I was voted as the best new artiste. Furthermore, I recorded hit songs like Kao. I am simply blessed,” says Kevin Kade.

Born Richard Kevin Ngabo 20 years ago, Kevin has always wanted to be a unique singer with his own singing style, sense of fashion and stage management.

“I have always wanted to be seen differently from others and that’s what i’m doing from my unusual music genre of Afro rock, video attires, hair style and vocals  that define Kevin Kade from other musicians in the industry,” he added.

The singer’s song Kao was among the most listened and played songs on local airwaves over the summer which cemented music talent in the industry.

His new song ‘Ma Bae’ is one of the fifteen songs to feature on his maiden album in the making dubbed ‘Rockstar’ slated to be released probably next year when the pandemic slows down.