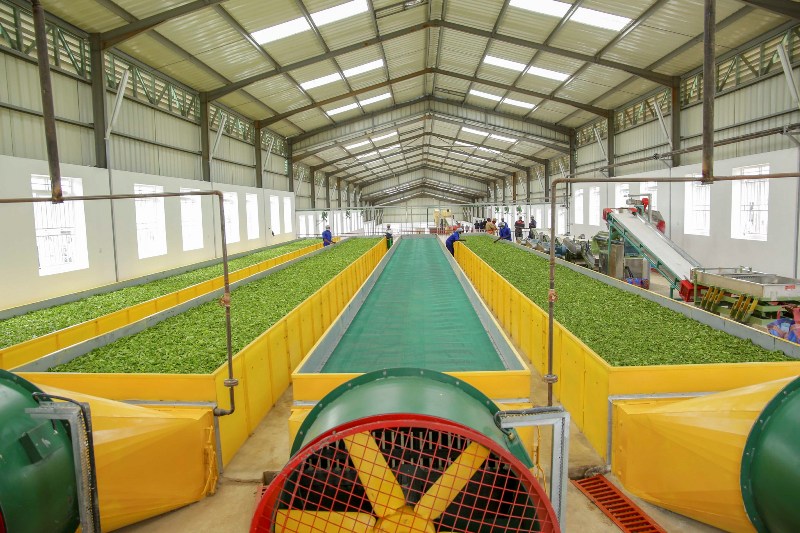 President Paul Kagame has promised a quick response to citizens’ problems from across the country following concerns related to harvest, post-harvest handling, and infrastructure.

During his State of the Nation Address yesterday, the president took an opportunity to interact with the media and the community at large through video conference.

While the questions of the media cut across all sectors of the country’s life ranging from economy to politics, justice, and security to mention a few, citizens who spoke from four sites that were set up to allow the interaction raised essentially two concerns; agricultural harvest and inadequate infrastructure.

The microphone was first handed over to Isa Tirwomwe, a resident of Gicumbi district, Northern Province site where a cooperative of farmers requested the government to support their venture of building a milk processing factory.

Tirwomwe said that because of one cow per poor family program locally known as ‘Girinka munyarwanda’, the milk production has increased in the district hence a need for the plant.

“We have collected Rwf362million to start construction of the factory, but it is not enough. We are requesting the government’s support as we seek to add value to our milk,” Tirwomwe said.

The president welcomed Gicumbi farmers’ request and directed Dr. Gerardine Mukeshimana, minister of agriculture and animal resources to make sure that they are supported.

In the Western Province, concerns were mainly around feeder roads to transport their tea harvest to factories and to the market later on.

According to Karongi district tea farmers, harvested tea is damaged before reaching the three tea factories including Gisovu, Karongi, and Rugabano because of impassable feeder roads during the rainy season.

“The feeder roads are impassable, most especially during the rainy season, it becomes difficult for trucks to transport tea from farms to the factories and at times, harvested tea is spoilt before reaching the factories,” Bernadette Nyiraneza, a tea farmer said.

The farmers further shared a concern of expensive tea seedlings which is fixed at  Rwf45 unit price and requested the government to either have it reduced or subsidised.

Replaying to the duo challenge, President Kagame directed minister Mukeshimana to assess the nature of the feeder road problem and expensive tea seedling for a solution as fast as possible to allow smooth tea farming in the area.

When the president sought to understand what’s going on from the Ministry of Agriculture, he learnt that some farmers have government partnership to access the seedling, while others get them from private investors.

It was clear that those dealing with private investors do not get any support whatsoever from the ministry, which the President criticised and said the farmers have a genuine reason to complain and Minagri should address the issue.

The example that was mentioned was Cyunuzi – Gahara feeder road that stretches to Ngoma district.

“This road has put transport of our harvest to a standstill,” Egide Uwimana, a farmer from Kirehe said.

Other problems cited by Kirehe residents are people who spent 8 years without compensation for damages to their land to install electricity.

Responding to the later, Minister of Infrastructure Claver Gatete, said that local authorities are still doing a survey on the value of properties to be expropriated and corresponding rightful owners.

The president noted a case of bureaucracy that delays procedures.

Agriculture is a sector the country needs seriously since it employs around 70% of the Rwandan working community.

The export in this sector has been declining for a couple of years. During the State of the nation address, Kagame indicated that this year, Rwanda earned $400million in agriculture exports compared to $465 million in 2018/2019 down and  $515 million in 2017/2018 fiscal year.

Kigali City Will Not Have New Year’s Fireworks – Mayor Rubingisa