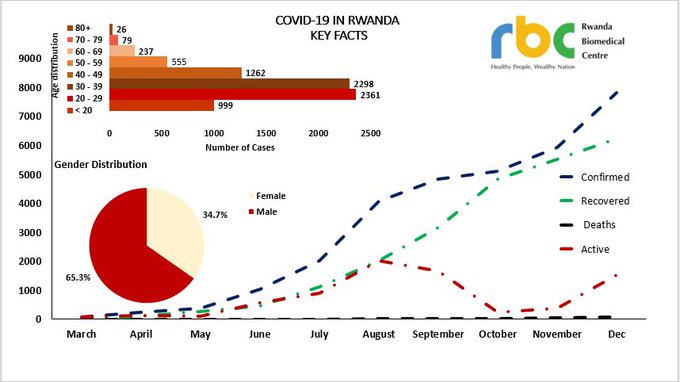 Rwanda on Wednesday recorded the highest number of New Coronavirus deaths with 7 people succumbing to the virus as the situation continues to deteriorate.

The Ministry of Health announced that seven people, including a 13-year-old boy, had been killed by COVID-19, while 122 new infections were recorded.

The Wednesday numbers pushed the COVID-19 related death toll to 86 since the outbreak in Rwanda in March this year.

69 new patients were found in Kigali, 18 in Gakenke, 8 in Rusizi, 7 in Rubavu, 5 in Huye, 4 in Nyamasheke, 3 in Nyamagabe, 2 in Muhanga, 2 in Karanga, one in Kamonyi, one in Gatsibo and one in Nyabihu. one and Nyagatare there is one.

“You have people who feel flu-like signs for more than two weeks and they still convince themselves it is normal flu and by the time they decide to come when it is already too late,”

In order to avoid the spread of Coronavirus, Rwandans are required to continue to pay attention and comply with government regulations, especially with frequent hand washing and water and soap, avoiding unnecessary rash and wearing noses and noses when a person leaves home or encounters many people.

The Government is set to review existing measures before January 2. 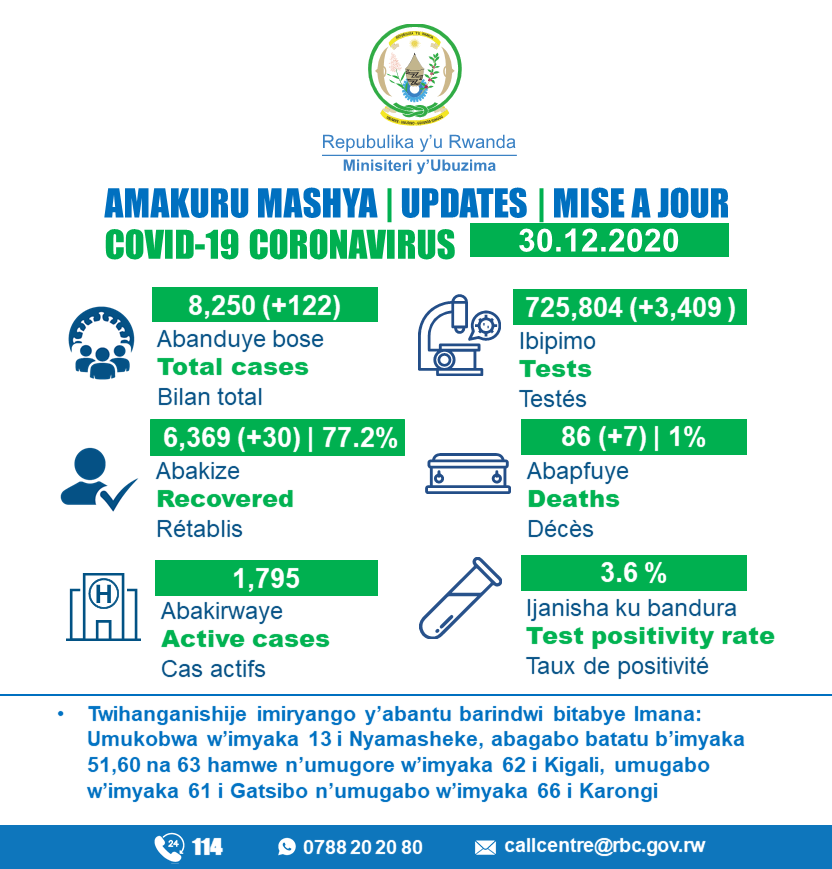