Rwanda has adopted governance that fosters citizens’ participation and satisfaction as well as accountability to them. Several mechanisms and platforms have been put in place for that citizen’s governance choice to be realistic. Those include; Umushyikirano, Inteko z’Abaturage, interactions of the President of the Republic with citizens through his citizen outreach, Meet the President and Rwanda Day to mention quite a few.

One such platform is the recent interaction between citizens and the Head of State on 21st December 2020 after the state of the nation address.

It is worth recalling that the President addressed the public through the public broadcasting after the annual national dialogue-Umushyikirano was cancelled due to challenges imposed by Covid-19. The president’s interaction with the citizens was in the same format of Umushyikirano which underscored the centrality of citizens in Rwanda’s Governance.

I keenly followed the issues brought by citizens to the President through live interaction and my mind was triggered to relate them to studies that are regularly conducted to assess citizens’ satisfaction with governance and service delivery as well as measuring the state of governance in the country.

In the same spirit of citizens-centred governance that promotes self-accountability, Rwanda Governance Board (RGB) produces an annual Citizen Report Card (CRC) which is a perception survey on citizens’ satisfaction about governance and service delivery. This is on top of Rwanda Governance Scorecard (RGS) which gives the general picture of the state of governance in the country.

In fact, the views and concerns expressed by citizens during the recent state of the nation address session correlate with the findings of governance and citizen’s satisfaction with service delivery. and can lead to a conclusion that citizens have greater confidence in their leadership, but are thirsty of greater economic development and improved living conditions.

As a matter of fact, over 95 % of the issues raised were related to economic development and social welfare especially in the areas of agriculture and infrastructure.  The few citizens who conveyed messages related to governance appreciated the current status of security, good governance, rule of law and expressed confidence in the leadership.

This component is followed by respect of good governance principles and confidence in the leadership with 86.2%. Justice comes next with 80.1% and citizen’s participation 77.2%.

As opposed to this, economy and social welfare related sectors scored below 70%, with infrastructure and agriculture at the two last positions among the 16 measured sectors, scoring 60% and 58% respectively.

The status is similar with the recently published RGS 7th Edition whereby among the eight pillars measured by the index, all the pillars in the domain of governance scored over 80% whereas those related to economy and social welfare came at the bottom with economic and corporate governance ranking 7th with 78.14%. Investing in human and social development ranked the least with 73.32%.

On the other hand, the fact that citizens’ satisfaction on economic status and welfare remains low doesn’t mean that no significant achievements were registered in those areas. As Rwandan citizens, we are all witness of the impressive efforts that the country has invested in infrastructure development by constructing roads, intensifying access to electricity, water and ICT.

The government has also heavily invested in social protection through programs such as one cow per poor family-Girinka, Vision 2020 Umurenge Program(VUP), decent settlement in rural areas, Universal health insurance to mention but a few. In this perspective, the low satisfaction of citizens means that the more the citizens are empowered, the more demanding they become, which is also an indicator of citizen-centered governance. 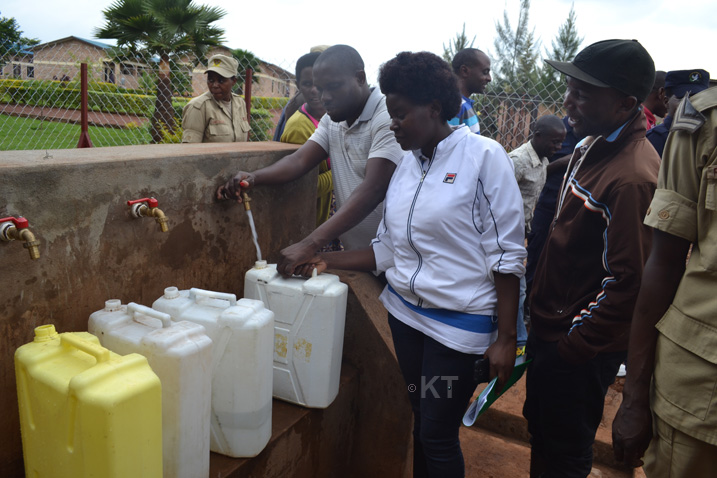 Check this for example the citizens who were in the past years satisfied with access to water at a distance of 500m in the past, are currently demanding to have water at home. City dwellers whose main demand in the infrastructure was the construction of main roads, have now understood that they need paved roads in their neighborhoods. They are no more satisfied with cyber cafes but want internet facilities at home.

The meaning of it all is that citizens keep raising the bar high to push the government to do more which leads to low satisfaction of citizens in areas related to the development and social welfare as consistently revealed by research and expressed at any occasion citizens get the opportunity to interact with the head of state. From a governance perspective, this remains a strong indicator of citizen-centered governance where citizens keep demanding more because they feel they are valued and have trust in the leadership.

No wonder, citizen-centeredness in Rwanda is not a theoretical concept but a reality. It is  important to note that Rwandans are satisfied with the progress that has been made in the areas of governance but need more to be done to accelerate economic development and improve citizens’ welfare. More efforts are still needed to sustain our achievements in governance while aiming even higher.

This will only work if all actors including public institutions, civil society, the private sector join hands to work towards citizens’ satisfaction in the areas of economic development and social welfare. This will empower citizens and increase their confidence and aptitude to contribute to country’s socio-economic development.