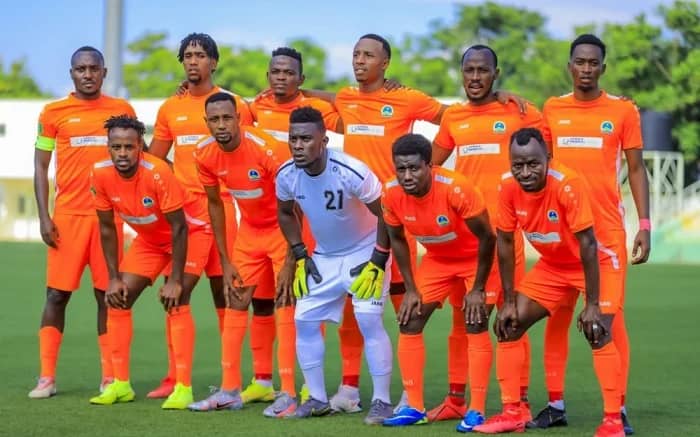 Rwandan sole representative in CAF clubs competitions, AS Kigali have been granted a special permission to resume training sessions as they gear up for upcoming CAF Confederation Cup double-header against CS Sfaxien.

“I can confirm that we have been given a go-head by the Ministry for Sports to resume our training sessions as we prepare for our games against CS Sfaxien.We will conduct our first session today. “said Gasana Francis, the club’s General Secretary.

Kigali is currently under lockdown as coronavirus cases mount and top flight football teams in the country have been banned from organizing training sessions or matches as safety measures to tackle the spread of the virus.

The move came after just three games into the new campaign with a handful of clubs registering new positive cases.

However, teams playing in international competitions can continue to train subject to the strict adherence to protocols put in place by the government.

AS Kigali, who edged out Uganda’s KCCA in the second preliminary round, were paired with CS Sfaxien, who have won the competitions on three occasions.

They will travel to Sfax for the first-leg on Sunday, February 14.

The two will lock horns again a week later at Stade de Kigali on Sunday, February 21.

The Kigali-based club will be without five players who have been summoned for the national team at the ongoing African Nations Championship (CHAN) in Cameroon. The players include Muhadjiri Hakizimana, Nsabimana Eric, Kalisa Rachid , Ndayishimiye Eric and Bayisenge Emery.

In 2014, AS Kigali were knocked out by Difaâ Hassani El Jadidi of Morroco at the same stage of the competition.

Back To Business As Usual, As Biden Hits The Ground Running?