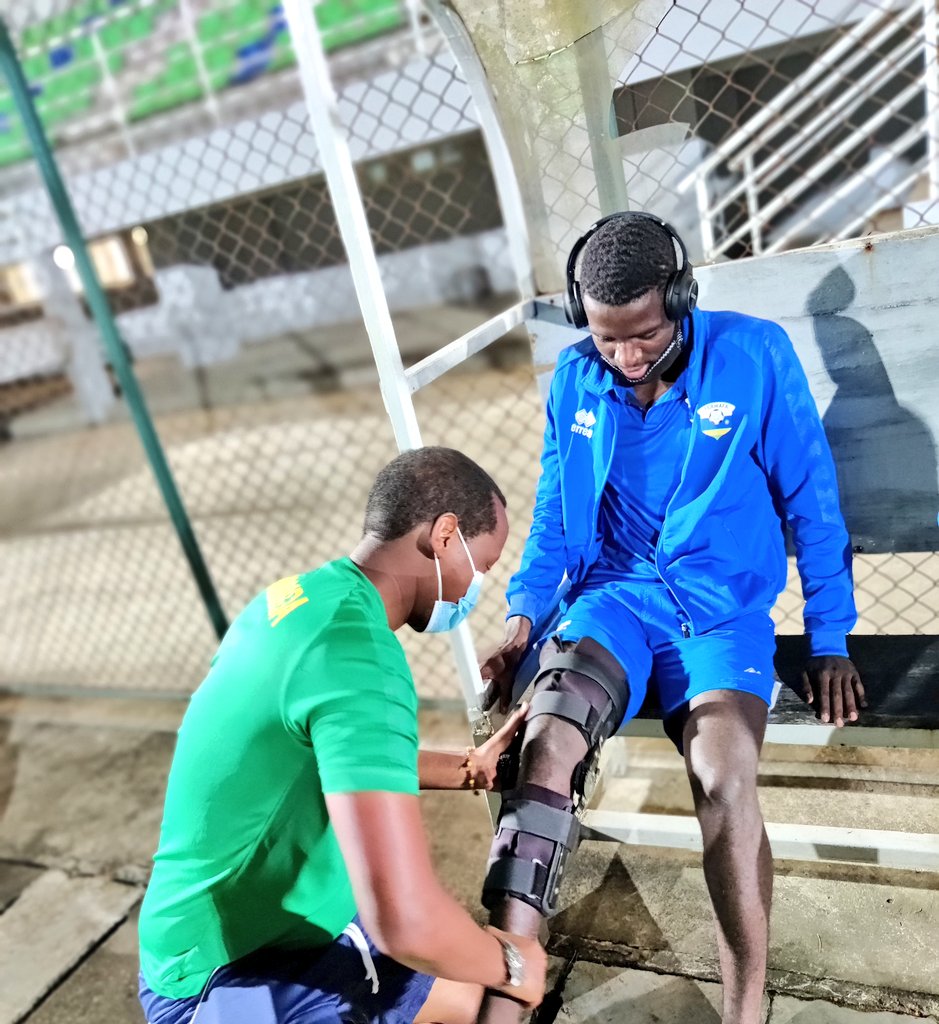 Bertrand Iradukunda has been ruled out for the rest of the Africa Nations Championships on account of a knee injury he picked during the training, the football federation (FERWAFA) announced.

Gasogi United striker reportedly collided with teammate Eric Rutanga during a training session ahead of tonight’s Group C final game ahead of Togo.

“The forward collided with a teammate in yesterday’s training and fell awkwardly thus hurting his knee. He’ll be sidelined for 10 to 14 days,” FERWAFA said.

Bertrand’s expected 10 to 14 days injury absence means the striker may have played his last minutes at the tournament, because even if Amavubi progress through to the final, he won’t recover in time for the final showdown on February 6.

Gasogi United striker has featured for Amavubi in both Group C games, starting in the opening game against Uganda, before coming on as a substitute in their second game against Morocco.

With Bertrand out, head coach Vincent Mashami may opt for Lague Byiringiro to add firepower to his attacking force in tonight’s Group C final game against Togo.

Amavubi, who are yet to qualify for the quarterfinals, face Togo’s Sparrowhawks  in a winner-takes-all battle at Stade Omnisport at 21:00 CAT.