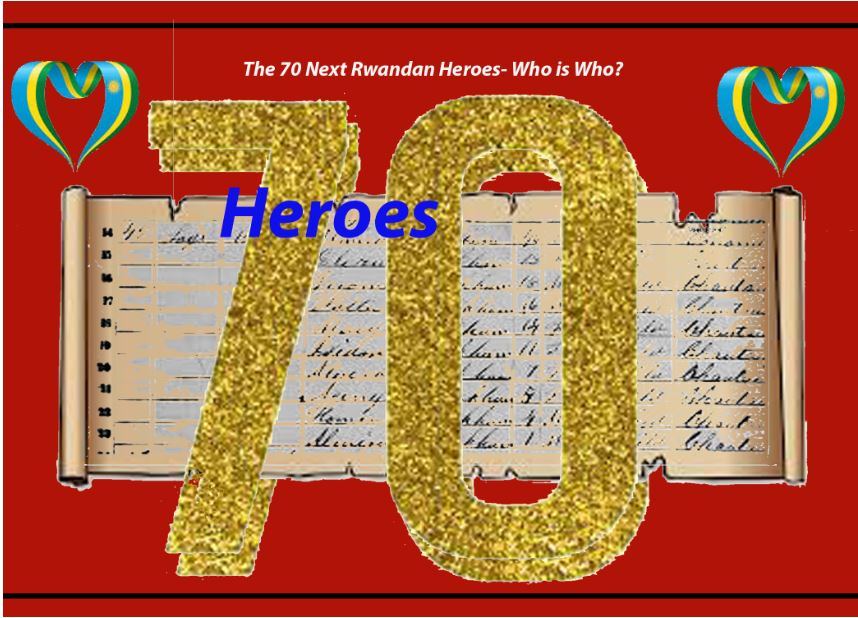 The Chancellery for Heroes, National Orders and Decorations of Honour (CHENO) has said that Rwanda could soon have more persons on the list of heroes if the submitted list is approved by cabinet.

There are currently three official categories of heroes in Rwanda. These include: Imanzi, Imena and Ingenzi.

Imanzi category which is in two parts has Maj. Gen. Fred Gisa Rwigema, the first commander of the Rwanda Patriotic Army (RPA) and the ‘Unknown Soldier,’ who represents all fighters who died during the liberation struggle.

Imena category is one who is reputed for his/her extraordinary acts for the country which are characterized by supreme sacrifice, high importance and example.

Then, infiltrators (Abacengezi) sneaked into school and entered a classroom, ordered them to separate; the Tutsi on the left and the Hutu on the right.

The attackers were part of the Interahamwe and former soldiers, who would infiltrate the country mainly from DR Congo, kill people and run back across the border.

At Nyange, the students refused to yield to orders to divide them based on ethnic lines, replying “we are all Rwandans.”

Those Nyange heroes are 47 in total and, according to CHENO, seven of them died.

Ingenzi category– which does not have any name so far will include heroes who second IMENA and who are notable for their good ideas or outstanding achievements characterized by supreme sacrifice, great importance and high example.

CHENO’s Director of Research, Nicolas Rwaka said that they have completed and submitted a research on the list of contemporary heroes whose works have heroic impact in the community, who could be confirmed among the heroes of the country.

“We have completed research at our level and submitted the list of about 70 persons to be confirmed by a high authority (cabinet). Some people may wonder why this has taken long but it requires time to review and analyse the list and the acts,” Rwaka said in a phone interview today.

CHENO said that they carry out research on each of the Heroes categories and every fiscal year since 2014- 2020 they have been compiling research work on the potential persons to be listed as Heroes or alternatively awarded medals.

“We don’t do things quickly just to have a list of heroes but we do analysis and research. Our 2020-21 research report is also complete but not yet submitted to council but we will submit it after national heroes’ day,” Rwaka revealed.

Rwanda will on February 1, 2021 celebrate the National Heroes day. The chairman of the association of national heroes, Phanuel Sindayiheba says that youth should lead the path of heroism by being patriotic and selfless in whatever they do.

Teodette Abayisenga, one of the Nyange school heroes says that age didn’t matter before and doesn’t matter today if only every Rwandan is guided by selfless love of one another in their actions

To be classified as a National Hero in Rwanda, a person has to meet the following criteria:

University of Rwanda Stipend Is Peanuts Until You Meet Cyusa, A Good Samaritan