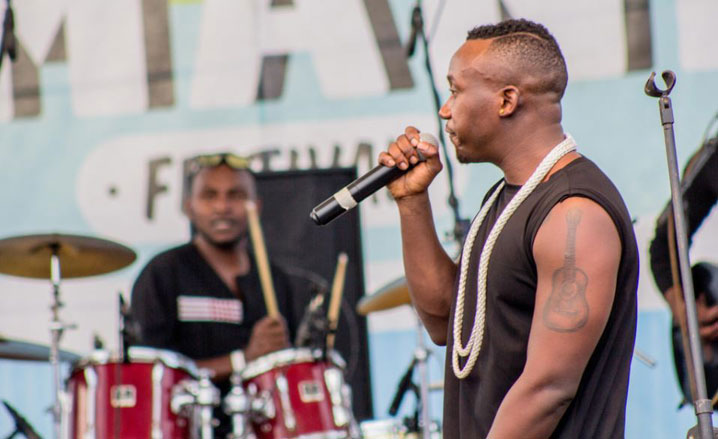 Afro-Fusion crooner Mani Martin has set the record straight while giving full authority to radio and television stations to continue using his music and ignore rumors circulating that he signed a contract warning media over authorship.

Afro song hitmaker cleared the air through a letter he posted on his official social platforms after feeling uncomfortable with claims that he doesn’t want the media to play his songs.

It is alleged that some radio stations and televisions had already started the process of putting a stop on playing Martin’s songs to their audience fearing to pay millions if sued.

“Me and my team urge the media, especially presenters to continue using our music because the rumors circulating did not come from us. whoever cooked such false allegations is doing it with ill intentions aiming at self interest,” says Mani Martin.

Media can’t take such claims just for granted after witnessing what happened to the state broadcaster, when it was dragged in commercial high court by renowned cultural songstar, Cecile Kayirebwa, for airing her music without her consent.

The state broadcaster together with City radio, Voice of Africa, Contact FM, Flash FM and Isango Star were both sued over piracy with the artist seeking some Rwf300 million.