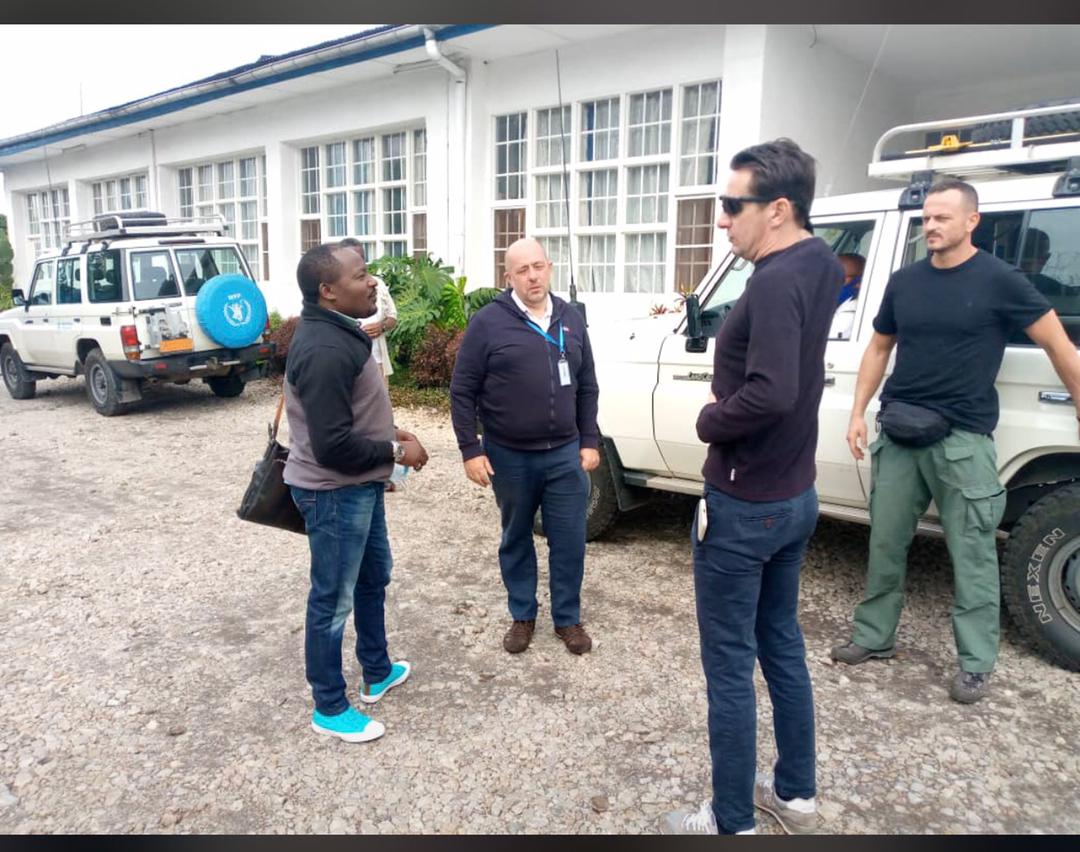 Photos of the Italian Ambassador to DRC Luca Attanasio (in dark glasses), visiting a WFP program shortly before he was shot have emerged. His bodyguard, Vittorio Lacovacci (in army green trouser) was also killed in the attack along with the driver.

The Government of the Democratic Republic of Congo (DRC) has blamed the attack that claimed the life of the Italian Ambassador to DRC, his bodyguard and driver on the Democratic Forces for the Liberation of Rwanda (FDRL).

The DRC Ministry of Internal Affairs, Security and Customs said on Monday evening that the morning attack in the Eastern part of the country in which the Italian Ambassador to DRC Luca Attanasio, his bodyguard Vittorio Lacovacci and a Congolese national, who was the World Food Programme (WFP) driver, identified as Mustapha Milambo.

In a letter signed by Aristide Bulakali Mululunganya, the Director of Cabinet in the Deputy Prime Minister and Minister of Interior’s Office, the DRC government said that attack took place on the road to Rutshuru, Kibumba Sector, Nyarangongo Zone in North Kivu Province.

“Ambassador Luca Attanasio was hit by bullets in the abdomen are and was rescued by guards from the Congolese Institute for the Conservation of Nature (ICCN), before he was transported to the United Nations Mission in Congo (MONUSCO) headquarters in Goma, where he succumbed to his injuries,” the statement said.

FDLR, a Hutu militia group mainly composed of former members of the defeated government forces FAR, Interahamwe militia and their offspring, has been operating in DRC for 26 years now.

The Congolese government said that security services and provincial authorities had not been informed about the presence of the diplomat in the volatile region of the country nor did the envoy seek for protection.

However, the Congolese government forces, Forces Amées of the Democratic Republic of Congo (FARDC) have been able to rescue one of the four people kidnapped by armed groups in the area, in the ongoing operations to oust the militias.

Amb. Attanasio was killed in the armed attack which the DRC government has blamed on FDLR.

The Head of State condemned the closure of all acts perpetrated against Kibumba in the Goma (North Kivu) and instructed the competent services of the whole world to be subject to the same conditions as those who have their identities and trades in Justice.

DRC President Félix-Antoine Tshisekedi Tshilombo in a series of tweets sent his sincere condolences to the families of the deceased, to the Italian government, WFP and the diplomatic corps in DRC.

“The Head of State strongly condemns these heinous acts perpetrated in Kibumba near Goma (North Kivu) and instructs the competent security services to investigate this issue so that the perpetrators are identified and brought to justice,”

The Government of the DRC said it was appalled and regrets the tragedy and that no efforts will be spared to ensure that the parpetrators are brought to book, vowing to carry out operations to wipe out the mainly foreign armed groups which partly flourish on exploiting the mineral rich nation.

Some reports suggest that the attack was attempted kidnap by gunmen near the town of Kanyamahoro, a few miles north of the regional capital Goma, according to Virunga National Park officials.

The delegation was travelling from Goma to visit a WFP school feeding programme in Rutshuru when the incident took place.

WFP said it will work with national authorities to determine the details behind the attack, which occurred on a road that had previously been cleared for travel without security escorts. 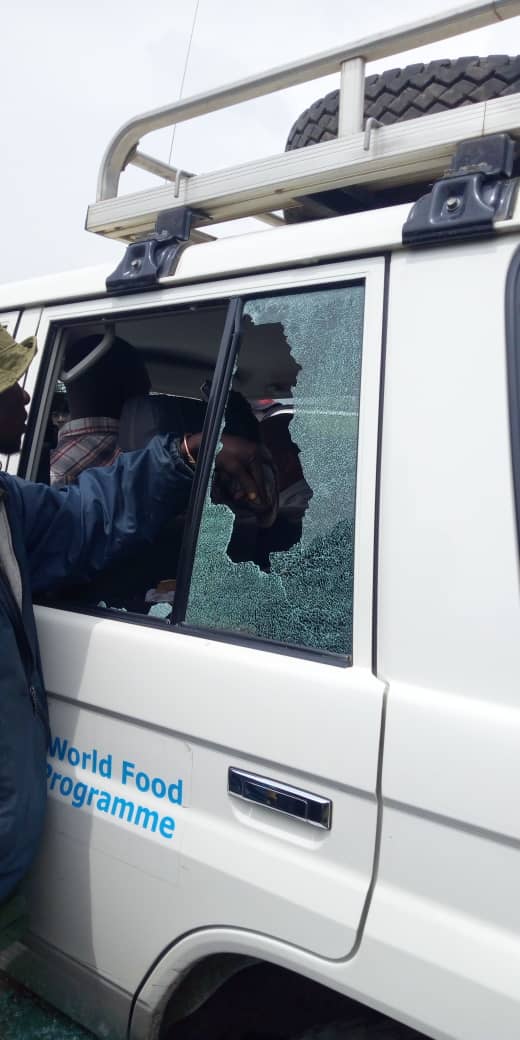 The car in which the Italian Ambassador and others were travelling is riddled with bullets.

Amb. Attanasio had been Italy’s head of mission in Kinshasa since 2017 and was made ambassador in 2019.

Rwanda’s Ambassador to DRC, Vincent Karega, told KT Press that they got the news in the morning with shock and expressed condolences to the family of his deceased Italian counterpart.

“Deepest condolences to his family and our entire diplomatic Corps in Kinshasa-DRC. He was an exceptional and cordial Diplomat with everyone,” Amb. Karega said.

In a statement, the Italian Government condemned the killing of Amb. Attanasio and others, calling for an independent investigation into the incident and apprehending the killers immediately. Italy also asked its nationals living in North Kivu to leave immediately.