President Paul Kagame has called for more efforts to make the African Union (AU) financially self-sustaining if the continental body and its organs are to become more independent and effective in accomplishing their mission.

President Kagame, who has been leading AU reforms since 2016, made the observation on Saturday while delivering a Progress Report on the Institutional Reform of the AU and on Domestic Health Financing at the 34th African Union Summit.

The Head of State said that though the institutional reform process has been progressive from its inception, the continental needs to do more to make the AU and its organs financially independent, while more domestic funding is needed to cushion the continent from future pandemics.

“We have come a long way, including on the most complex elements, such as the merit-based and transparent selection of the Commission leadership,”

“There has also been good progress on the sustainable financing of the Union and the Peace Fund, though our program budget is still too dependent on external funding,” President Kagame said.

He however said that the momentum started several years ago has helped deliver historic achievements, such as the Continental Free Trade Area (AfCFTA) but there were shortcomings in other areas, which he had raised in the previous summit.

“Unfortunately, there are some remaining items where progress has stalled, namely the reform of judicial organs, the Pan-African Parliament, and the Commission structures. The division of labour with Regional Economic Communities is also overdue,”

“In fact, these are the very same items I highlighted at last year’s Summit. This delay represents a disappointing shortcoming in our working methods,” President Kagame added.

He revealed that the forensic audit of the Commission has been completed and that it should be acted upon without further delay, pointing out that “accountability is essential for our Union’s credibility.”

He urged the incoming Commission to give priority attention to the pending items, so that they are completed this year, without fail. He added that he is confident that implementation of the institutional reform mandate can be completed by the next Summit.

President Kagame emphasised the importance of domestic health financing agenda, particularly in light of the Covid-19 pandemic, saying that without strong national health systems in every country, the African continent will remain vulnerable to pandemics.

“We need to strengthen our commitment to increase domestic resource mobilisation and improve health outcomes. I also urge the strengthening of Africa CDC to allow its autonomy and effectiveness,” President Kagame observed, proposing two items for the Assembly’s consideration to accelerate the implementation of this mandate.

“First, the presentation of the data in the annual Scorecard should be updated to rank countries according to the WHO Service Coverage Index, rather than exclusively in terms of per capita spending. This adjustment will more accurately benchmark the efficiency of health spending across different contexts, while also tracking progress toward Universal Health Coverage,”

“Second, I recommend that AUDA-NEPAD be assigned the responsibility for working with partners to create regional platforms to support Member States in increasing domestic health financing,” he said. 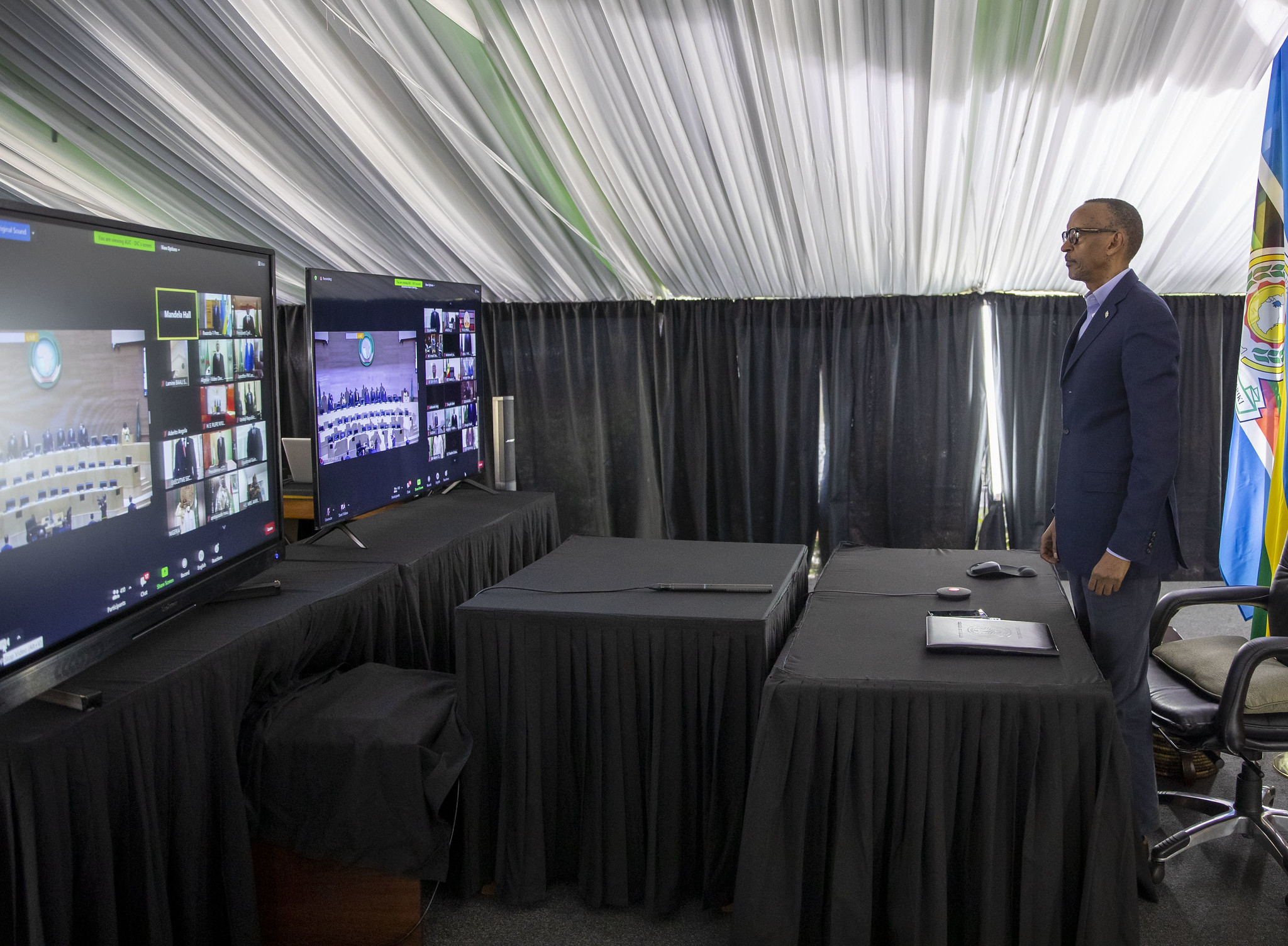 He also congratulated the incoming chairperson President Félix Tshisekedi of Democratic Republic of Congo (DRC) and wished him “every success during his tenure” leading the AU, committing to remain at the new leadership’s disposal for any support needed.