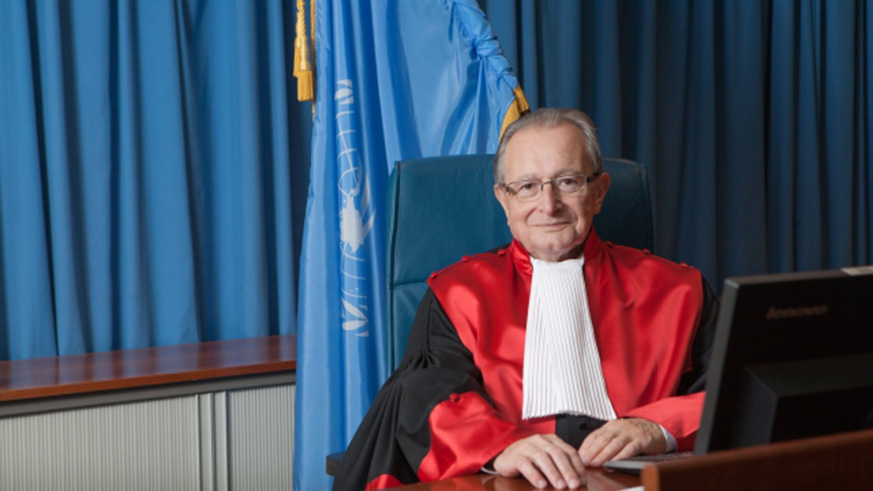 The United Nations International Residual Mechanism for Criminal Tribunals (UNIRMCT) has condemned in the strongest terms any denial of the Genocide against the 1994 Genocide against Tutsi.

A message posted on twitter, by Judge Carmel Agius, the president of UNIRMCT said: “The international criminal tribunal for Rwanda (ICTR) unequivocally concluded that this Genocide was a fact of public notoriety and that its historical truth could not be denied.”

Agius statement comes in the wake of an ongoing social media campaign against denial of the 1994 genocide against Tutsi in Rwanda.

The campaign with a hashtag dubbed #TwiyamyeAbapfobya (#HaltToDeniers) was initiated a few weeks ago after several statements of genocide denial were posted on YouTube by Yvonne Idamange, a Rwandan woman who has since been arrested for inciting public disorder, violence and insurrection.

Other cited cases of denying genocide in writing include articles by Judi Rever and Benedict Moran published in the Mail & Guardian of 30 November 2020 and The Continent of 28 November 2020 respectively.

Rwanda’s National Commission for the Fight against Genocide (CNLG) said that the story un Mail and Guardian is but old allegations that are fundamentally false and based largely on the anonymous contributions of a single source, and “corroborated” with testimonials of defeated former Rwandan army soldiers involved in the Genocide against the Tutsis.

CNLG said that such documents amount to a dangerous denial and trivialization of genocide reopens old wounds on the basis of rejected evidence and it also gives credence to the views of those who seek to distort the historical record of the Genocide against the Tutsi.

This has stimulated the Halt Genocide deniers campaign that has been taken on by many Rwandans in the country and Diaspora, genocide survivors, heads of organisations and embassies, friends of Rwanda, in all walks of life whose social media posts rebuke any or such intensions to deny the fact that genocide happened.

His counterpart, in Netherlands, Ambassador Olivier Nduhungirehe also posted: “Denial and minimization of the genocide against the Tutsi are an attempt to erase part of the history of humanity, to absolve perpetrators, to torment victims, to hinder unity and reconciliation and to bring back genocide to Rwanda.”

The trend has gone to friends of Rwanda, who have either been in the country for business or pleasure, who have used their first-hand experience to join the campaign.

One Ralf Hesse, who is married to a genocide survivor said he strongly condemns all genocide deniers who try to wipe memories of the beloved one.

“It makes me happy to lay flowers on their remains at memorial sites. Let’s protect these memorial sites, it’s the only way to get closer to our loved ones,” said part of Ralf Hesse’s post on Twitter.

For genocide survivors, denial of genocide is not only a criminal act but also a lack of sense and regard for humanity and consciousness.

Anita Kayirangwa, a genocide survivor partly said “it takes away the dignity of those killed and tarnishes survivors’ memories. It is indeed double killing and it should be condemned with everyone’s effort”.