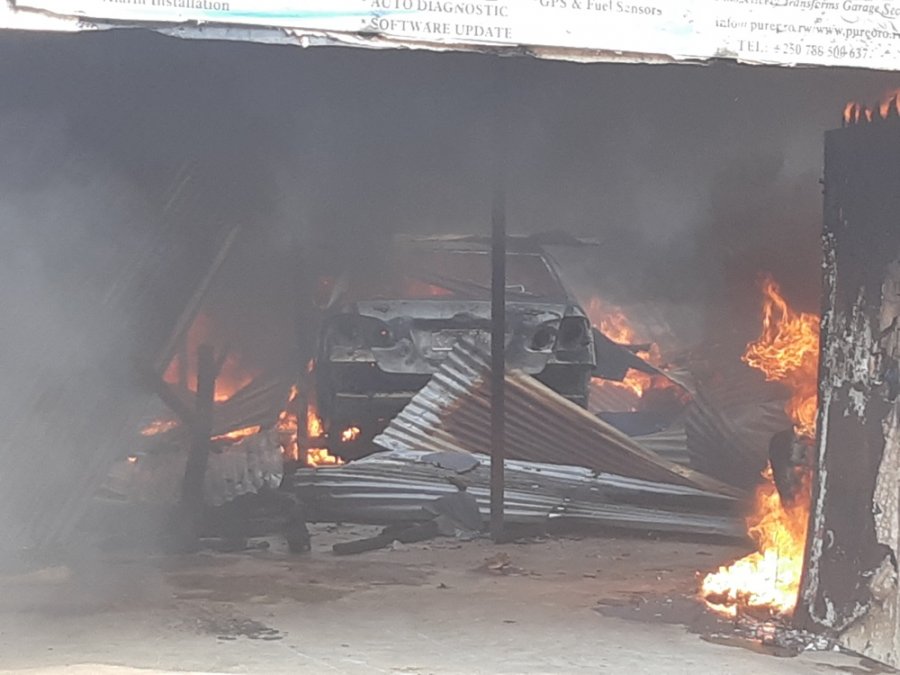 At least sixten cars have been raged by fire from a garage in Nyamirambo, precisely Rwezamenyo sector, a place commonly known as Kwa Mutwe, Nyarugenge district, Kigali city.

At Pure Pro Garage, the fire could have been as a result of old and damaged electric wires.

Fun Club, a local sport website reports that amongst the cars that were lost in this inferno included A Toyota brand of Amavubi striker Ernest Sugira.

“It is a Toyota Colora Altis that I got at Rwf 7 million which is not a big deal, but you may understand that any loss is a loss because it puts you into more calculations,” Sugira is quoted as saying.

“All in all, I cannot do anything about it because I am not the only to have lost the property into this.”

He however, is confident that the contract he signed with his insurance company will help him bridge the gap.

Meanwhile, the fire brigade intervened to save the establishment, but the fire had already made severe damages  according to eye witnesses. 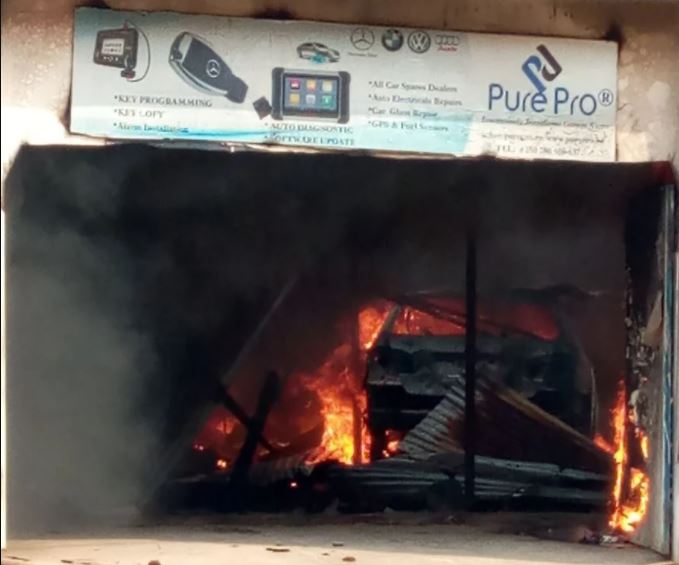 The amavubi star, Sugira said he has none to blame since this was an accident, something that “can happen to anyone.”