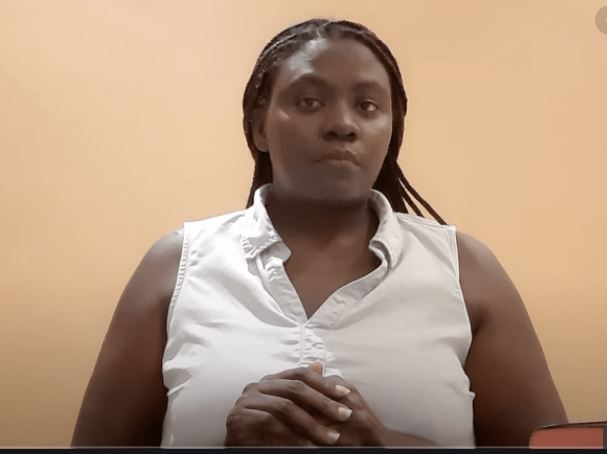 Idamange Iryamugwiza Yvonne is now under custody. Police said she resisted arrested and injured an officer.

Youtube ‘activist’ Yvonne Iryamugwiza Idamange resisted arrested and assaulted a police officer as she was being arrested on Monday, February following a series of Youtube videos that she posted on her channels seemingly inciting Rwandans to stand up against the government and reject directives to contain the spread of the New Coronavirus.

New details of the operation to arrest her have emerged with Rwanda National Police (RNP) revealing that she assaulted and injured a police officer with a bottle, as she attempted to resist arrest.

“The suspect used a bottle to cause head injuries to the officer who was immediately taken to Kacyiru District Hospital for medical attention,” the Police statement added.

The Police Spokesperson CP John Bosco Kabera confirmed the developments and said that RIB could consider more charges in regard to that, on top on of other suspected charges she is being investigated for.

The controversial mother of four was arrested after several videos which she posted, causing public outrage and anger over law enforcement not acting fast to rein her in. Genocide survivors have over the past two weeks distance themselves from Idamange, who also claims to be a genocide survivor.