Over 300 people donated blood in a one week-blood donation campaign aimed at reducing shortage of blood in hospitals in the City of Kigali. The campaign which was targeting to raise 300 pints of blood ended on Friday, surpassing the target. It attracted students and professional who volunteered to donate the much needed blood.

The campaign was organized by Health Sector Collective Outreach (HESCO) in collaboration with the City of Kigali, with the support of Rwanda Social Security Board (RSSB) and Rwanda Biomedical Centre (RBC), to encourage more people to donate blood needed in hospitals.

The accolade goes to every blood hero who donated blood and the trophy goes to Gasabo District that mobilized the most blood donors. St Andre Secondary School defied the odds with 90 students donating blood. ULK came on top of universities that participated with over 50 donors.

Marie Claire Uwera Ag. Director of PR, Communications and Education Unit, RSSB (the main sponsors of the drive) thanked blood donors as well as stakeholders for their contribution.

“We would like to thank you esteemed voluntary blood donors for your contribution and also the organizers and other stakeholders for this important campaign and we encourage everyone especially young people to continue participating in this noble cause on regular basis,” she said.

Donnah Rubagumya, on behalf of the Health Sector Collective Outreach (HESCO),  that organized the drive, said the main objective of the drive was to sensitize the public on the importance of blood donation. Blood is very vital in the human system, he said, adding that they are very impressed with the turn up that surpassed the targets. 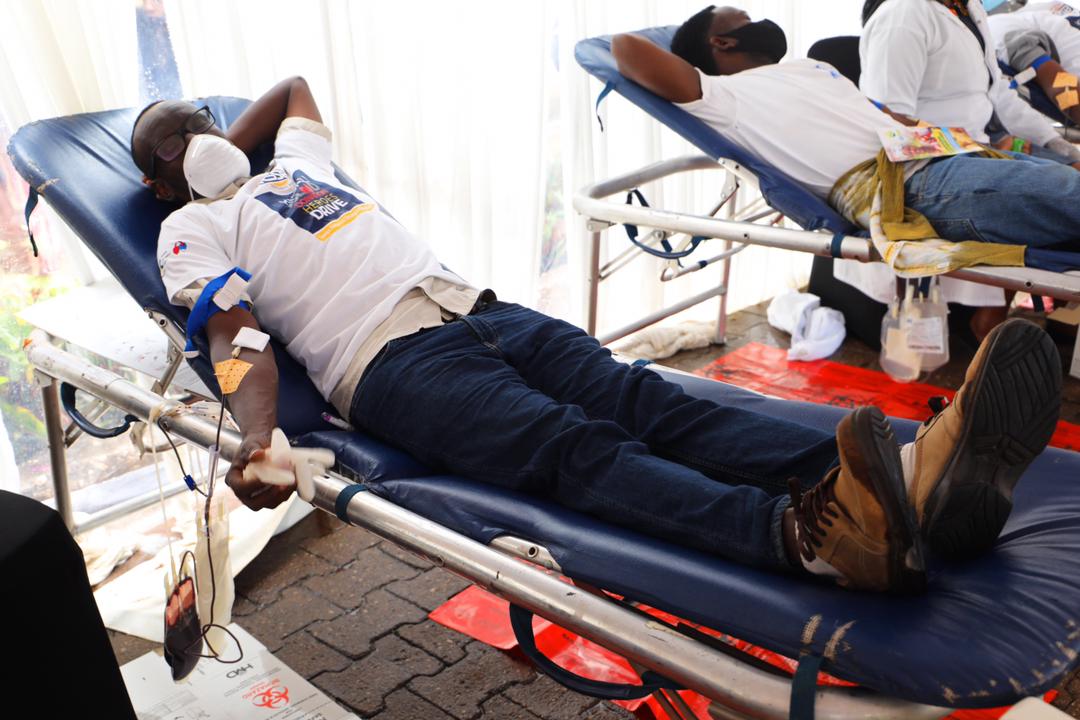 Blood is not for sale, he said while urging the public, mostly the healthy youths to regularly donate blood.

“An adequate supply can only be assured through regular donations by voluntary unpaid blood donors. We thank all the supporters of this drive that unreservedly supported the campaign especially RSSB and City of Kigali who did a great job in mobilization, RBC staff that provided great care to the donors and different media houses that helped in amplifying the message,” Rubagumya added.

“We do not have shortage of blood, but blood comes in different types, you may need blood group O when the stock is less, hence the need for constant blood donation,” Rutarindwa said.