Senate to Summon PM over Discrepancies in Compensation Procedures 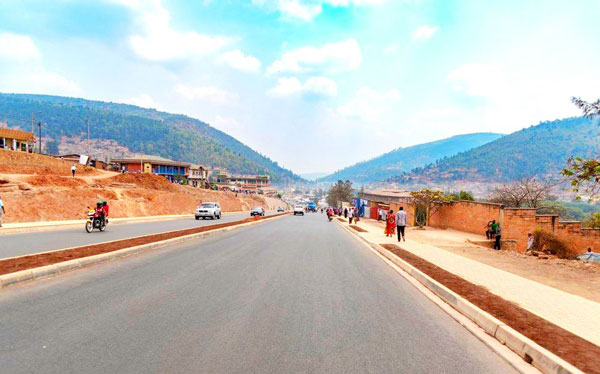 Rwanda Senate has agreed on a decision to summon the government representative, the office of the Prime Minister to explain why there are still visible incidences of expropriating citizens without compensation.

The law n° 32/2015 of 11/06/2015 indicates that citizens shall be expropriated and with valuation of their property and payments done before being driven out of their land and belongings demolished, however several reports presented to government indicate otherwise.

This follows many research works, most of which have indicated complaints about unfair compensation but have not assessed the valuation procedures and techniques used in practice.

In tackling this gap, a research paper “Assessment on Compensation And Resettlement Issues In Land Expropriation For Urban Redevelopment Programs in Rwanda” by researcher John Mugisha shows that whereas the expropriation law requires that valuation be carried out based on the “market value”, valuation for compensation is not consistent with the provisions of the law.

“This practice not only contradicts the law but also distorts the real estate market. It was also found out that there are no resettlement action plans for expropriated persons. There is a substantial need to adopt conventional approaches to valuation based on prevailing land market values,” Mugisha says in the paper published in 2015.

Another 2017 research by the Rwanda Civil Society Platform (RCSP) regarding planning and coordination of the expropriation process, respondents revealed that the land owners have incomplete and inaccurate information about the part of planning process, the project and the roles and responsibilities of the various stakeholders.

The RCSP platform proposed key policy action to fill and remedy identified gaps for instance that expropriating authorities should secure the buy-in from the population to be expropriated prior to undertaking an expropriation plan.

To this effect, the information provided to the public about the project to be implemented on the expropriated land should be complete, timely and accurate, and the responsibilities of the various stakeholders should be clearly established.

RCSP also recommended that transparency; realism and diligence should be the keywords in describing the expropriation process, in order to avoid speculation, rumors and misinterpretations.

However, according to some residents, the supposed compensations have not been done; a concern which they say is a negligence of the existing law and directives and tabled to Members of Parliament during the 2020 field visit.

For instance a committee report presented by MP Emma Furaha Rubagumya in July 2020 showed that 60% of the cases received by the ombudsman were land disputes of which 27.3% were on compensation disputes created by the construction of infrastructure conducted by Rwanda Energy Group (REG) and Rwanda Transport Development Agency (RTDA).

For instance, REG, which has been restructured several times, had over 8,200 case files on claims of unpaid compensation debts from its previous projects worth over Rwf1.213.9 billion, while of 2.899 RTDA road construction expropriation cases only 1.004 cases were assessed and Rwf378.1million paid.

“Our eyes are hanging in the sky, waiting to be compensated yet our property was destroyed and works of public interest commenced,” said one of the residents in Nyanza district where a road construction project that resulted to her evacuation, is currently underway.

Other citizens who spoke to local media said that delays in expropriation compensation have cost them a living, however in reports presented to parliament; some local officials said that citizens had issues with correctly filing in personal and bank account details to effect their payments.

The minister and officials said that some of the delayed payments were as a result of budget constraints and planning, but also delays caused by COVID-19 pandemic.

With all this background in mind, Senate Economic Committee chairperson,  Juvenal Nkusi yesterday March 10, 2021 presented findings showing most of these issues as caused by lack of proper budget planning and lack of coordination of government institutions in executing the compensations thus the continued community concerns.

“If institutions can trust each other and put the interests of the citizen ahead of everything, this issue can be resolved,” Nkusi said.

Considering the image and gravity of the issue, Senate resolved to summon the Prime Minister to verbally explain issues and provide solutions around expropriation delayed payments, procedure and implementation concerns.