Arsenal FC Join Rwanda to Commemorate the Genocide Against Tutsi 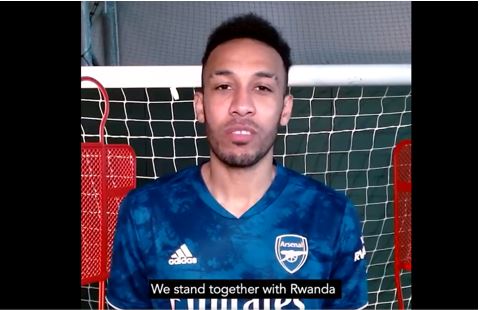 One of England’s most popular teams and Rwanda’s official tourism partner Arsenal FC today posted a video across their various social media accounts in which they join with Rwandans to mark the 27th commemoration of the genocide against the Tutsi.

“We stand together with Rwandan and Rwandans around world to commemorate the genocide against the Tutsi.” Pierre Emerick Aubameyang and Granit XHaka say at the outset of the video.

Alexandre Lacazette and Mikel Arteta follow with: “We honor the memory of more than one million victims and pay tribute to the strength and courage of the survivors.”

“By being open about the past, we can build a brighter future.” Vinai Venkatesham says

“One defined by love and respect.” Arteta follows

The players then say “Twenty-seven years later, Rwanda’s resilience, growth and transformation is a testament to the enduring spirit of humanity.”

💬 “By being open about the past, we can build a brighter future.”

We stand with Rwanda to mark the 27th commemoration of the genocide against the Tutsi.

President Kagame Weighs in on Duclert Report, Says Rwanda to Issue Own Report