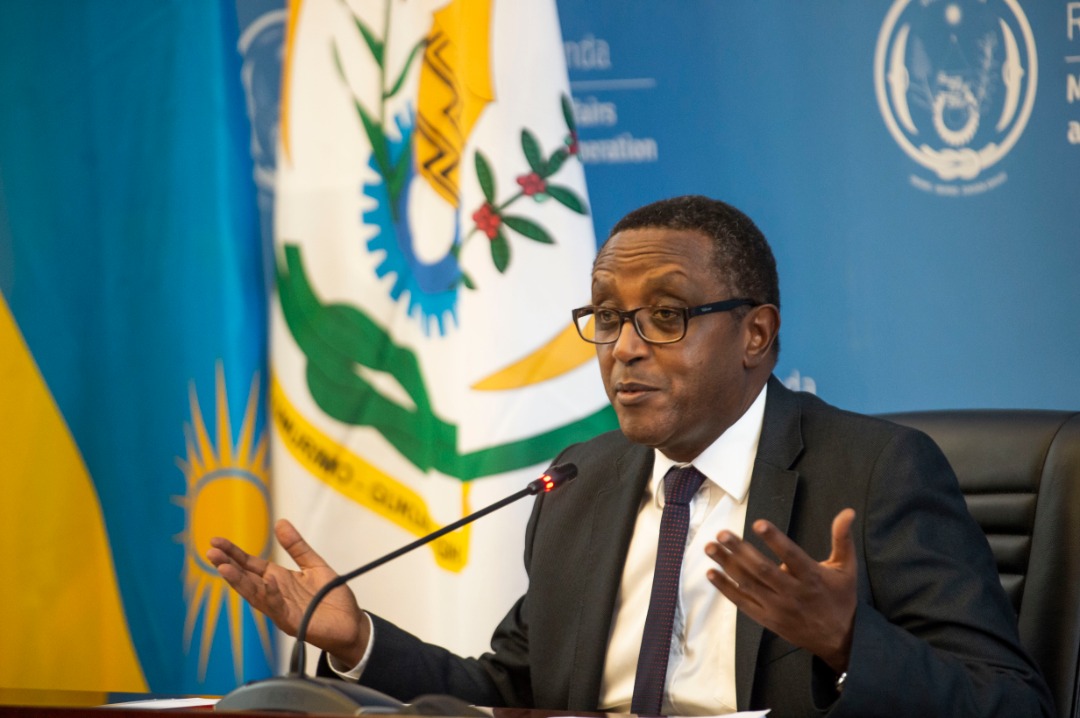 Dr. Biruta said Rwanda will not be taking any action on the report whose purpose is to set the record straight.

A new report commissioned by the Government of Rwanda says the French government under President Francois Mitterrand “bears significant responsibility” in Rwanda, not only in the 1994 Genocide against the Tutsi, but also the period that preceded it and in the post-Genocide period.

The report, which is a result of extensive research and investigation by U.S-based law firm Levy Firestone Muse, was commissioned by the Rwandan government in 2017, with the purpose of establishing a clear understanding of the involvement of the French Government in Rwanda in the period from October 1990 and the post-Genocide period.

Speaking at a press conference to announce the 592-page report, the Minister of Foreign Affairs and Cooperation, Dr. Vincent Biruta said that the report will go a long way in establishing facts and end decades of distortion of the truth.

Minister Biruta said that the report published by the Rwandan government is not a direct response to the Duclert Commission report released by France nearly a month ago but it rather comes to affirm the French findings and shed more light on the involvement of the France in Rwanda and the role they played.

“These are two different reports commissioned at different times, though they both focus on the same topic,” Minister Biruta said of the report titled “A Foreseeable Genocide: The Role of the French Government in Connection with the Genocide Against the Tutsi in Rwanda”.

“What is clear in this report is that the French Government at the time bears a significant responsibility in failing to prevent a foreseeable Genocide. They saw all the signs and were aware of its planning and execution but never acted,” Minister Biruta said, challenging the conclusion of the Duclert Commission Report that France was ‘blind’ to the planning and execution of the 1994 Genocide against the Tutsi.

“It was clear to all that the Genocide would happen but nothing was done to stop it,” Dr. Biruta said, adding that the report is also categorical on the role of the French in the period that led up to the 1994 Genocide, through the Genocide itself and the post-Genocide period activities which were aimed at covering up the role.

“This report in a way complements the Duclert Commission report but it goes deeper into revealing the direct involvement of the French in the period between 1990 and 1994 as well as the post-Genocide years which were characterised by schemes to manipulate the truth,” Dr. Biruta said, adding that it reveals different efforts to cover up, minimize or trivialize what happened in Rwanda. 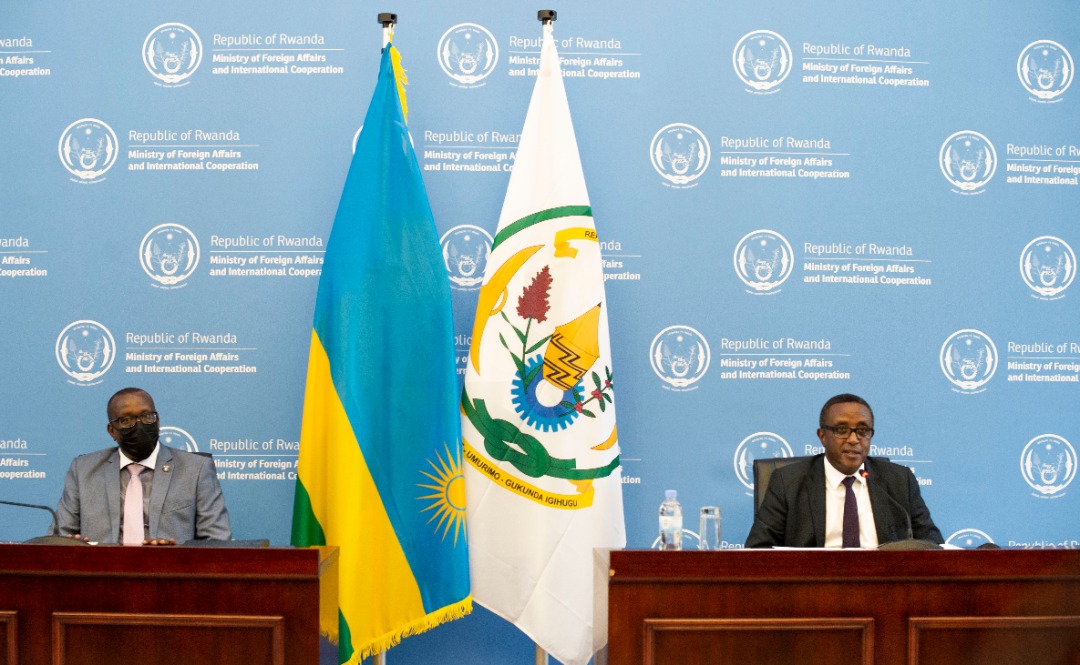 Dr. Biruta said that the report looks deeply into efforts to sow confusion through theories and narratives that distorted the truth as well as manoeuvres to inconvenience the new Rwandan government through indictments targeting high ranking government and military officers as well as other forms of persecution.

Minister Biruta said that the aim of the report is not to start a legal process to hold the said French officials and military officers accountable but rather an effort to establish the truth as the two countries continue to walk a delicate path towards a diplomatic and political rapprochement.

He said that the report is based on a wide range of research and different archives, some not consulted before, as well as documentaries and information from governments, non-governmental organizations and academics.

Other sources include diplomatic cables, documentaries, videos, and news articles and interviews with 250 witnesses, Dr. Biruta said, adding that the report was put together by reputable experts who extensively researched to precise what exactly happened, putting faces and time to different activities by the French in Rwanda, in a chronological manner.

The U.S law firm worked with three reputable Rwandan law firms to deliver which Dr. Biruta said could be ‘damning’ to the French but very important towards establishing the truth. He said Rwanda will not be seeking responses or further action in what he said is an effort to set the record straight.

Dr. Biruta said that the report is a result of both countries agreeing to walk an honest path towards establishing the truth, thanking President Emmanuel Macron for being the first post-Genocide French President to show willingness to work on all outstanding issues that have affected relations between the two countries for more than two decades.

Unlike the Duclert Commission report, the Rwandan government report is categorical on the role of the French, dismissing the narrative that the President Mitterrand’s government was ‘blind’ to what was happening.

The report also concluded that the Mitterrand government was fully aware of the planning and execution of the Genocide but it deliberately chose to continue support President Juvenal Habyarimana’s government.

France continued to back the government at the time and even offered military support to fend off the advancing Rwanda Patriotic Front (RPF-Inkotanyi) fighters, as it sought to protect its own interests and sustain its influence. 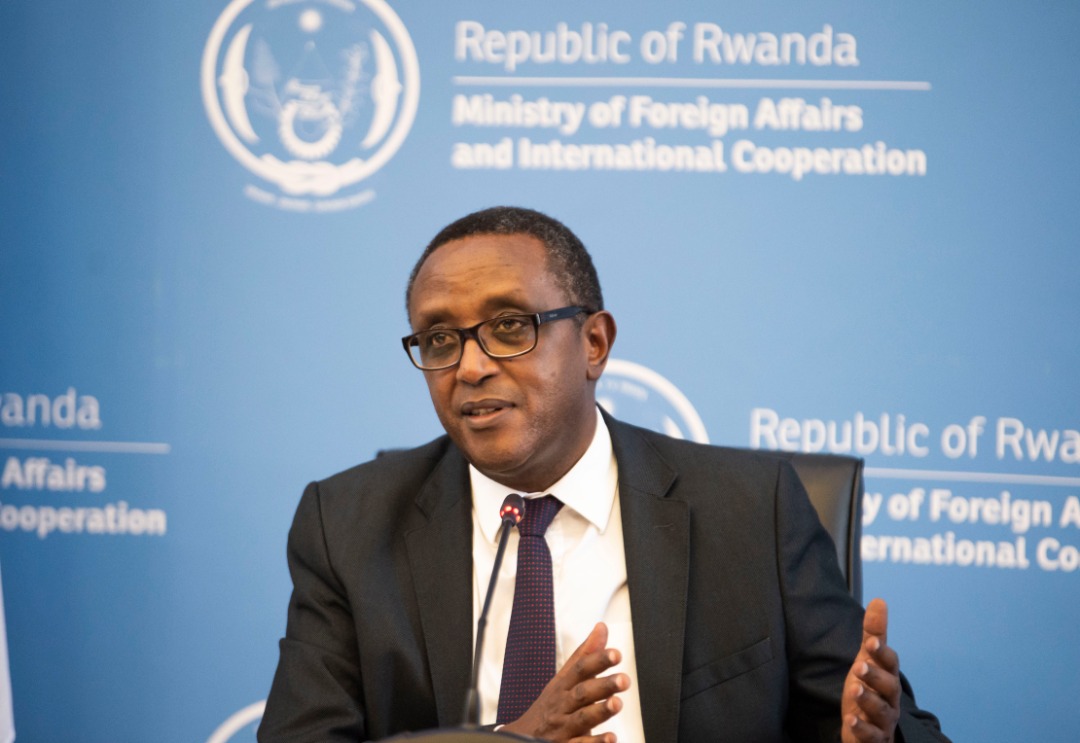 Minister Biruta said President Emmanuel Macron has been determined to ensure that the truth comes out, accepting to open the Mitterrand archives on Rwanda, something he described as an important step.

“French officials armed, advised, trained, equipped, and protected the Rwandan government, heedless of the Habyarimana regime’s commitment to the dehumanization and, ultimately, the destruction and death of Tutsi in Rwanda,” the report reads in its conclusion.

It further says that the French officials did so to advance France’s own interests, in particular the reinforcement and expansion of France’s power and influence in Africa. The report says they did so despite constant and ever-increasing evidence that a genocide was foreseeable.

“President François Mitterrand was chiefly responsible for the French government’s reckless enabling of the Rwandan government during the critical period of 1990 to 1994,”

“He and his administration knew that the government in Rwanda was orchestrating, fomenting and exploiting violence against the Tutsi minority for its own ends,” it adds. 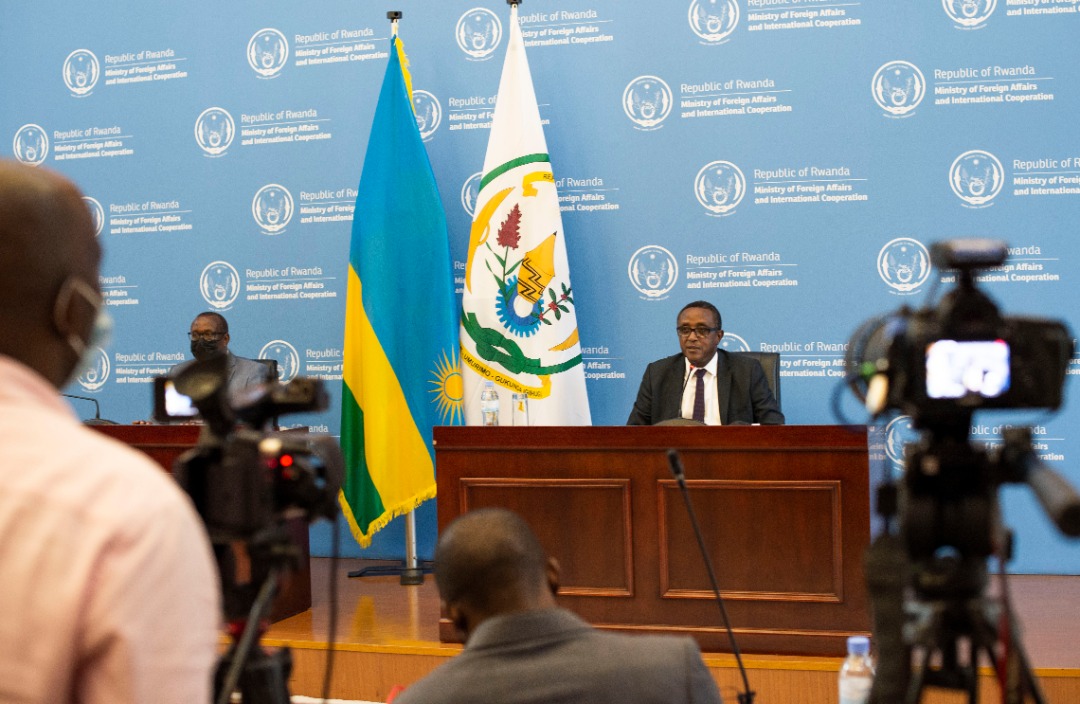 It further adds that more than once, French officials recommended that France distance itself from the Rwandan government.

Mitterrand, however, remained committed to his policy to support the Rwandan government diplomatically and to bolster the Rwandan military with an array of weapons and munitions, including mortars, rockets, attack helicopters, and artillery.