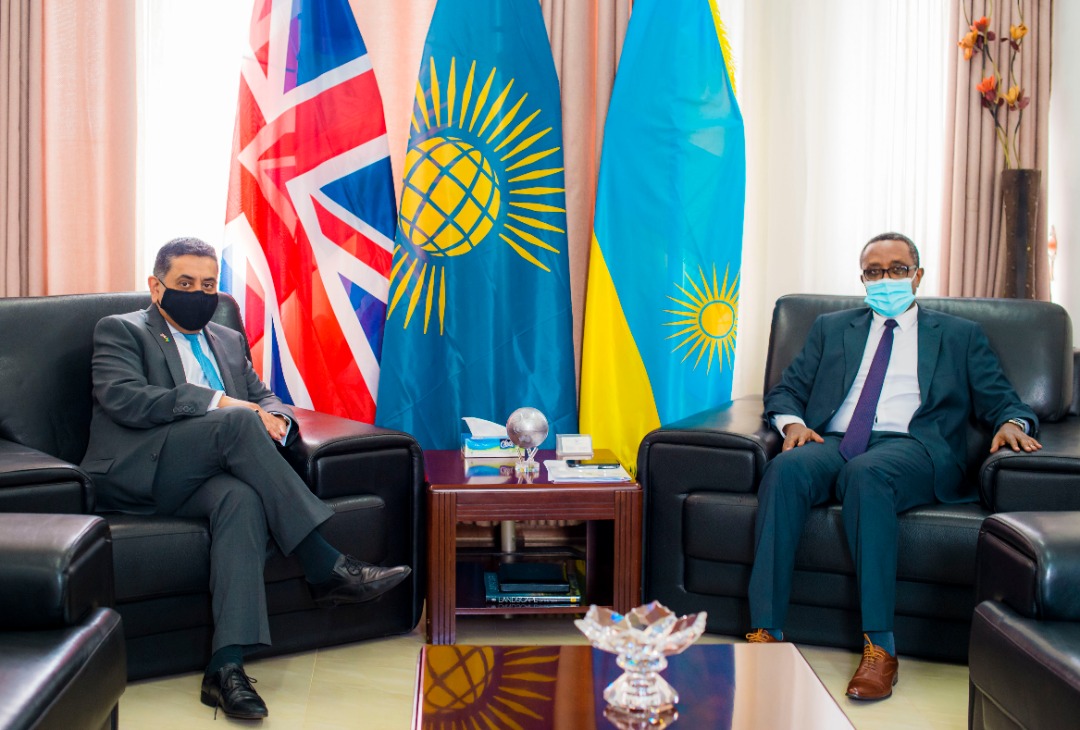 The Minister of Foreign Affairs and Cooperation, Dr. Vincent Biruta, on Thursday held talks with the UK Minister of State for the Commonwealth Lord (Tariq) Ahmad of Wimbledon, who is in Rwanda for a two-day state visit, to discuss Rwanda’s preparedness to host the Commonwealth Heads of Governments Meeting (CHOGM 2021).

The meeting which took place at the Ministry headquarters in Kimihurura saw the two officials discuss the progress Rwanda has registered so far in preparation of the meeting which will take place in June.

“Minister @Vbiruta received @tariqahmadbt, #UK Minister for the Commonwealth, who is in #Rwanda for a 2-day official visit. After a tête-a-tête to exchange on bilateral matters, they had a roundtable with the #CHOGM2021 taskforce to discuss ongoing preparations,” the Ministry of Foreign Affairs tweeted.

“2 months ahead of #CHOGM2021, Rwandan Foreign Minister @VBiruta and I met to discuss on going summit preparations and the important role of Commonwealth Chair-in-Office in championing Commonwealth values, as the UK looks forward to handing over the baton to Rwanda,” the UK official similarly tweeted. 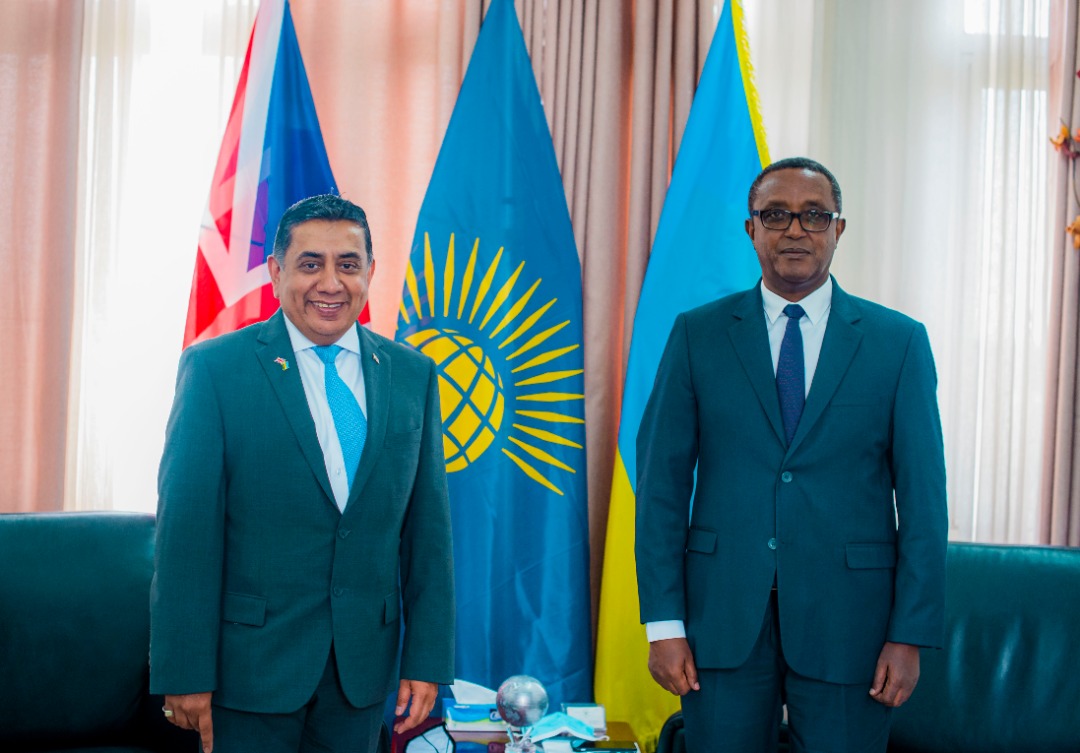 Rwanda has reiterated its preparedness to host CHOGM 2021 this coming June.

The two officials discussed key issues ahead of the meeting which will bring together global leaders grouped under the Commonwealth. Minister Biruta earlier this month reiterated Rwanda’s readiness to host CHOGM 2021, which was rescheduled from last year due to the COVID-19.

According to the UK government statement, Lord Ahmad is in Rwanda to see first-hand the Government of Rwanda’s preparations for a safe and successful event.

“The UK commends Rwanda’s work on its planning for a safe and secure meeting of the Commonwealth family at CHOGM 2021,” Lord (Tariq) Ahmad of Wimbledon said in an earlier statement.

“As Commonwealth Chair-in-Office for the past three years, the UK has worked in partnership across the Commonwealth to deliver the aspirations and commitments which Leaders set out on fairness, security, sustainability and prosperity at CHOGM in 2018,” he added.

The U.K is considered one of Rwanda’s largest and most long-standing bilateral development partners, since the 1994 Genocide against the Tutsi. 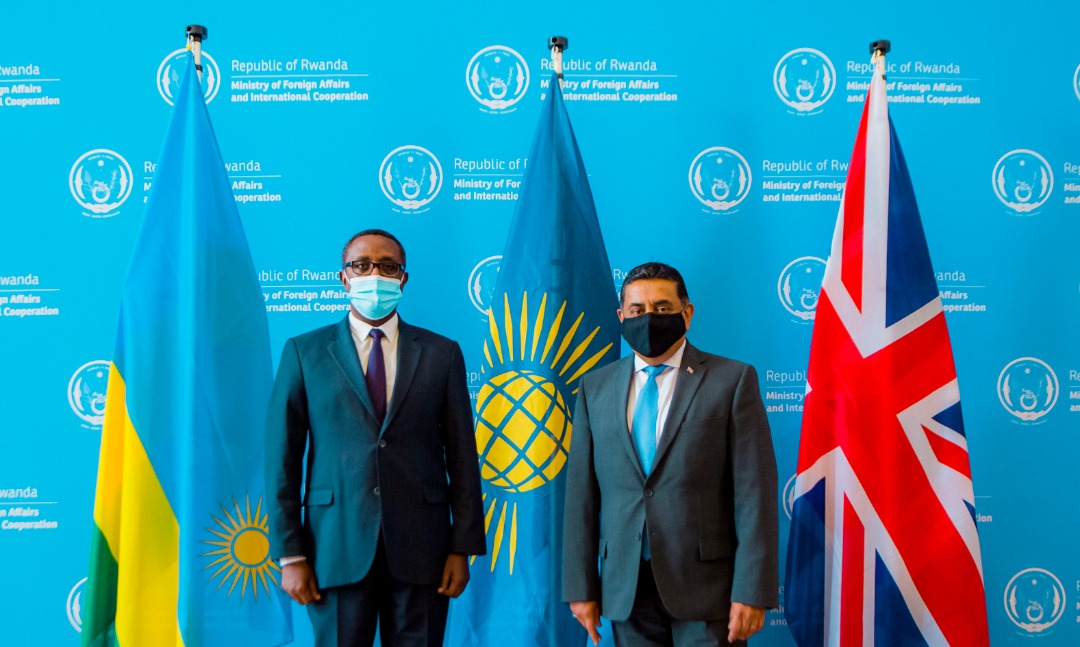 “The UK is committed to supporting Rwanda’s development and helping to build on the significant economic and social progress that has been made since the genocide twenty-seven years ago,” the statement reads.

Lord Ahmad also visited Kigali Genocide Memorial where he laid a wreath on the remains of over 250,000 victims of the 1994 Genocide against the Tutsi.

“Honoured to pay my respects at the Kigali Genocide Memorial. Humbled #UKAid a role @Aegis_Trust to tell the stories of the victims #NeverAgain,” Lord Ahmad tweeted.

During his visit, he will discuss bilateral and Commonwealth issues with government officials, including climate change. He will also meet with human rights activists and journalists, among others. 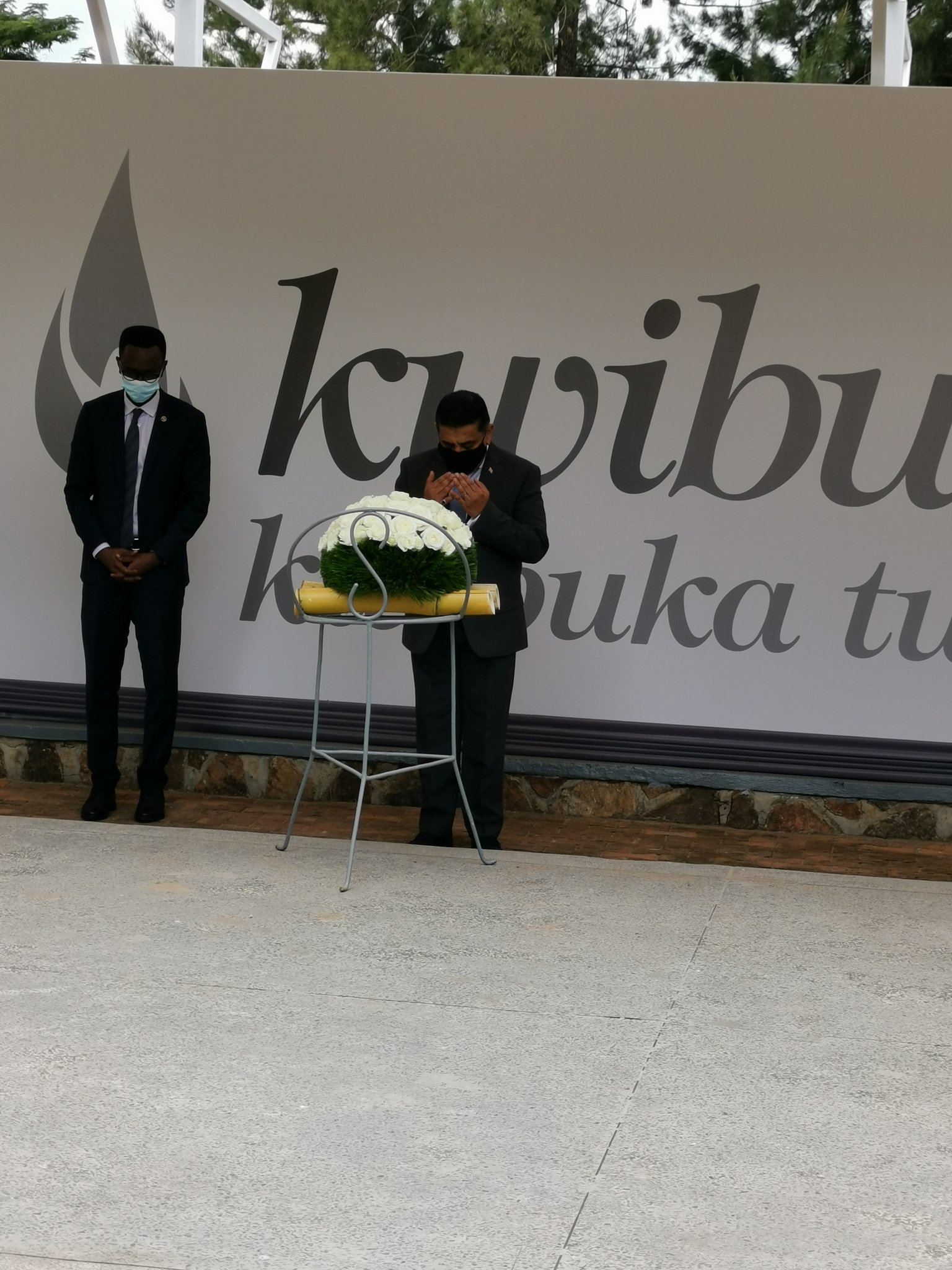 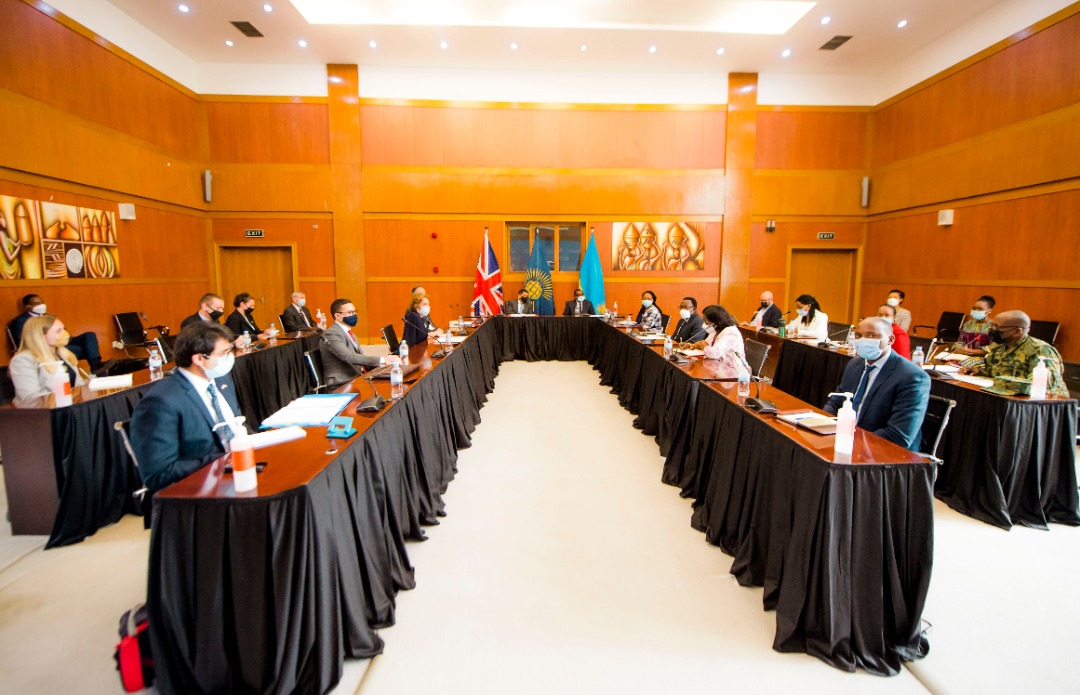 CHOGM 2021: UK Minister for Commonwealth in Rwanda to Assess Preps