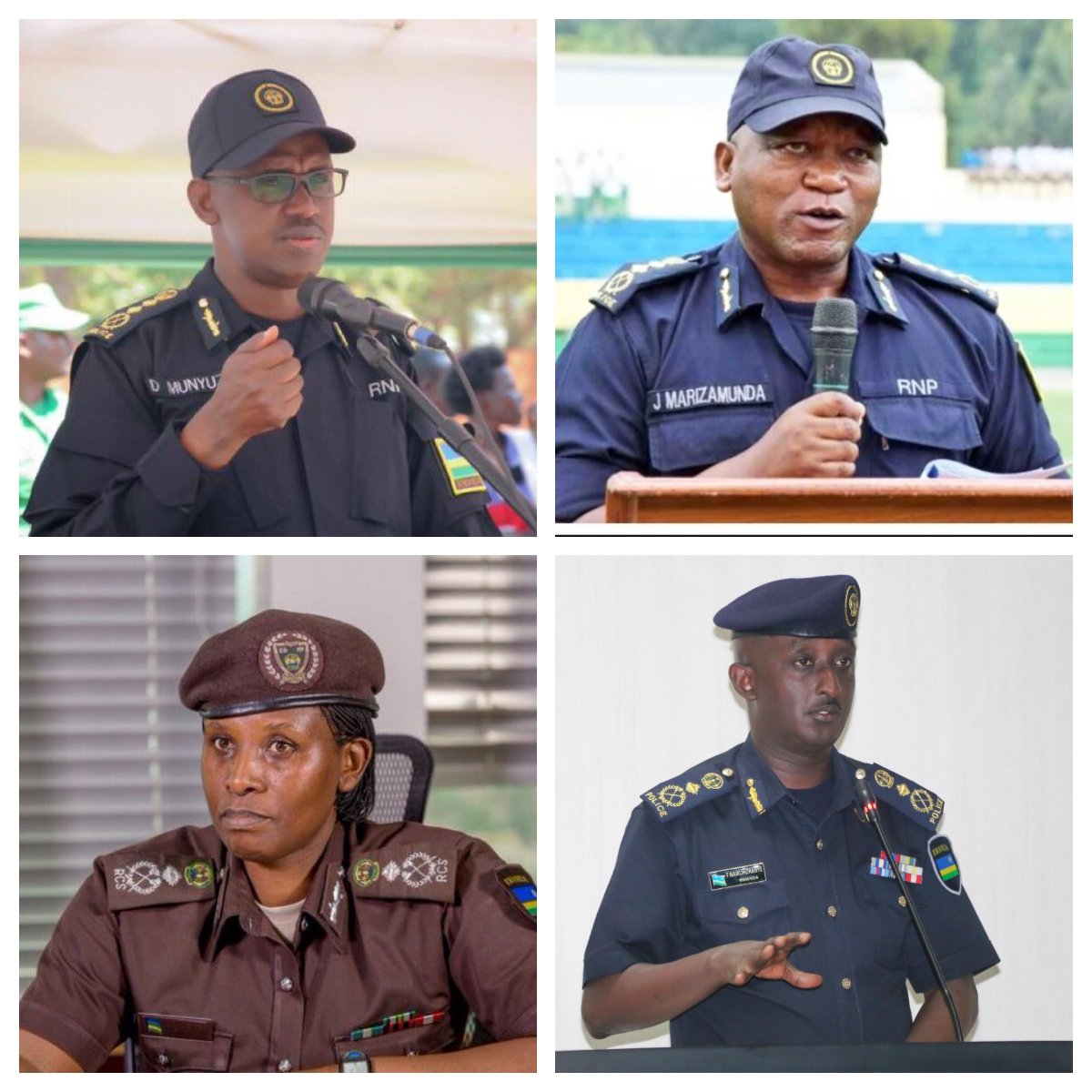 President Paul Kagame has promoted heads of Rwanda National Police (RNP) and Rwanda Correctional Service (RCS) to higher ranks in a series of promotions that were announced by the Minister of Justice and Attorney General Johnston Busingye, whose docket the two institutions.

“HE Paul Kagame, President of the Republic, has promoted Officers of the Rwanda National Police and Rwanda Correctional Service as follows: DCG RNP Daniel Munyuza is promoted to Commissioner General RNP,”

The promotions came days after a cabinet meeting held on April 14  appointed Malizamunda as Commissioner General of RCS, replacing outgoing George Rwigamba who was not re-appointed. Previously he was serving as the Deputy Inspector General in charge of Administration and Finance at RNP while Ujeneza was also moved from the opposite direction to RNP to replace him.

CG Munyuza has been IGP since October 2018 after taking over from Emmanuel Gasana, who he had deputised since 2013. Ntamuhoranye retained his position but got promoted in rank from CP to DCG.

Visit the Northern Rwanda, Have A Choice Between Goat and Snail Barbecue Recipes