The ministry of education says the implementation of the ‘medusa system’ that was launched two years ago to measure gases that affect the Ozone layer has gained momentum with the University of Rwanda continuing to graduate atmosphere science experts.

Medusa system is installed in African Air Quality and Climate Laboratory located in Nyabihu district to measure gases that cause Ozon depletion through the increasing amount of ultraviolet (UV) radiation that reaches the earth’s surface increasing the rate of skin cancer diseases, eye cataracts, and genetic and immune system damage.

“The University of Rwanda continues to graduate students who will be working in the African Air Quality and Climate Laboratory as experts of medusa system. So far, twenty have graduated with master’s degrees and this is a big achievement,” Jean de Dieu Ndikubwimana, a coordinator of African Air Quality and Climate Laboratory said.

Ndikubwimana said that twenty other students are expected to graduate next year and fifteen will also start studying their undergraduate medusa course at the University of Rwanda next academic year.

The Ministry of education announced the progress of the African Air Quality and Climate Laboratory that used medusa system during a two-day tour that aimed at supervising the efforts to fight ozone depletion.

The African Air Quality and Climate Laboratory worth $2 million was launched by the Ministry of Education, Environment ministry, and Rwanda Meteorological Agency in partnership with the United States-based Massachusetts Institute of Technology (MIT) and the University of Rwanda in 2019.

Dr. Jimmy Gasore, a manager at African Air Quality and Climate Laboratory said that the environmental and gas survey conducted last year indicates that Rwanda has not yet reached a worrying point of global warming that results from ozone depletion. But it is important to stop activities that affect the Ozon layer.

“It is important to reduce things that destroy our ozone layer. Vehicles and other machines pollute the environment at the rate of 40%, firewood at 40% and 20% is caused by other pollutants including mining operations and domestic wastes,” Gasore said. 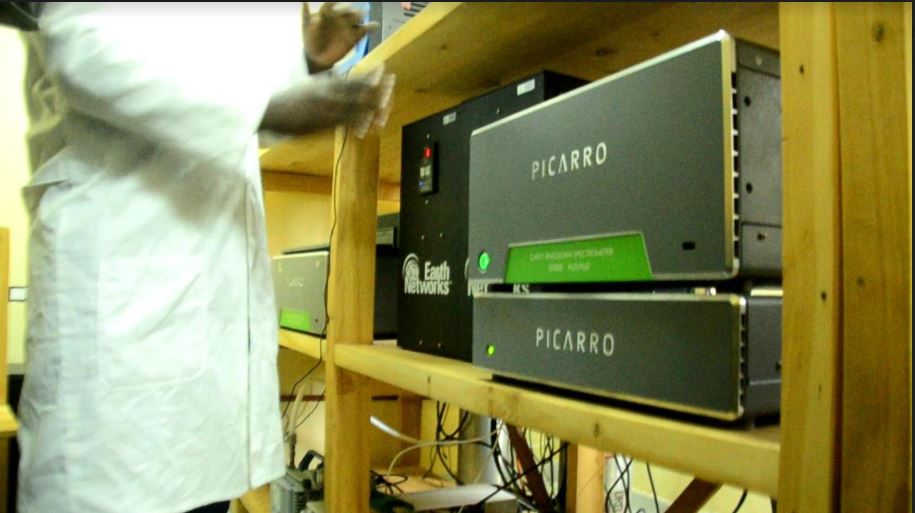 Gasore said that after measuring gases the African Air Quality and Climate Laboratory management submits the results to the concerned authorities including the Ministry of Environment.

In September 2020, Martine Uwera, director at the National Focal Point of Montreal Protocol told the media that Rwanda reduced chlorofluorocarbons gases (HCFCs) from 4.1 tons in 2010 to 1.89 tons, then.

“We have reduced ozone-depleting substances by 54% and there is still a gap of 1.89 tons which we seek to phase out by 2030,” Uwera said. 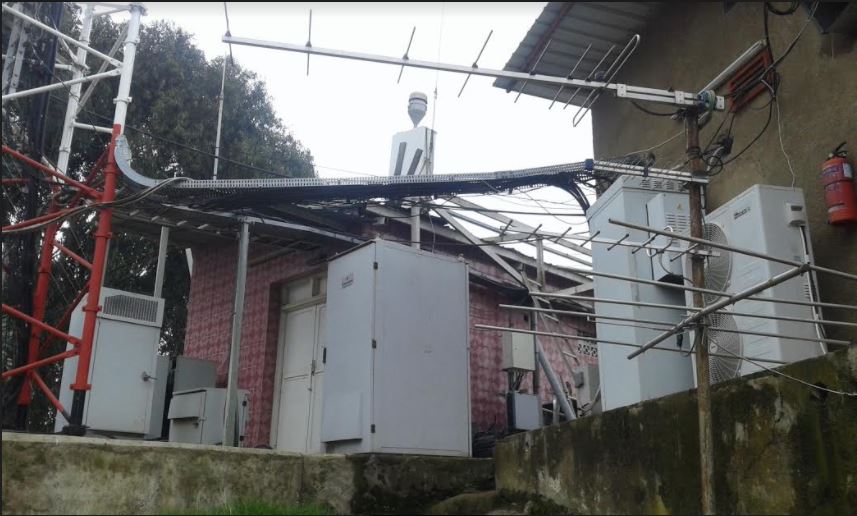 Uwera warned that if not reduced by then, the waste substances could pose different effects risks which include food shortage as the radiations disturb developmental and physiological processes that decrease the productivity of crops as well as loss of wildlife since ozone depletion led to a loss of plant species and reduce global food supply.

She added that a list that was carried out by Rwanda Environment Management Authority indicates that there are over 200,000 pieces of equipment such as fridges and air conditioners among big users of such climate-warming gases as Carbon dioxide.