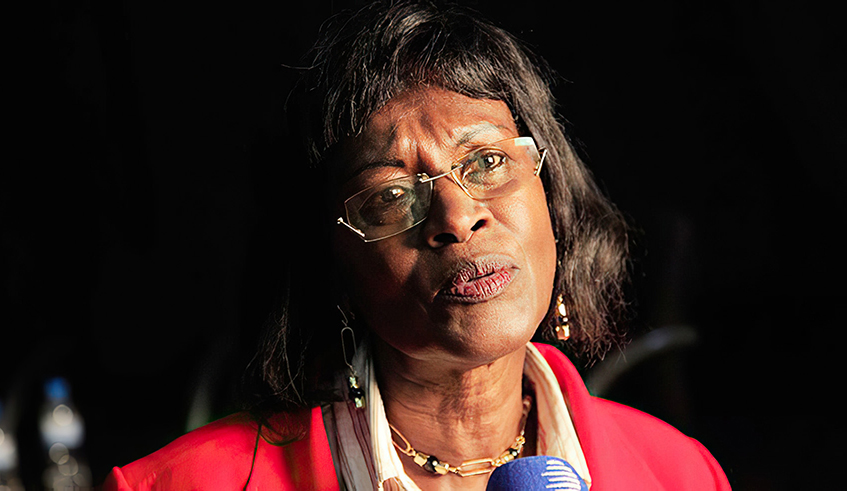 The Yolande Mukagasana foundation (FYM) has said the Muse report on role of France in the 1994 Genocide against Tutsi will set a new page of reconciliation but called on France to bring genocide suspects to justice.

Launched in January 2021, YMF is an organization that conducts research and protection of the memory of the 1994 Genocide against Tutsi.

In a communiqué signed April 20, 2021 by the FYM founder, Yolande Mukagasana said that the  Levy Firestone Muse research findings in showing France’s responsibilities in the 1994 genocide perpetrated against Tutsi comes at a time when Rwandans and France needed it.

The Muse report is an outcome of the 2017 job that the Government of Rwanda commissioned a U.S-based law firm Levy Firestone Muse to do an extensive research and investigation with the purpose of establishing a clear understanding of the involvement of the French Government in the period from October 1990 and the post-Genocide period.

The report  said that France knew a genocide was coming but remained “unwavering in its support” of its Rwandan allies, even when the planned extermination of the Tutsi was clear.

The report also shows that France “bears significant responsibility” in Rwanda, not only in the 1994 Genocide against the Tutsi, but also in the period that preceded it and in the post-Genocide period.

It also showed France protecting suspects who participated in the genocide by withholding “critical documents and testimony” that would shed more light on its actions.

However, Duclert Commission report – named after the historian leading that investigation, that was released last month and commissioned by President Emmanuel Macron and written by historians cleared the French (under President Francois Mitterrand) of complicity in the genocide.

But the Muse report asserts greater French culpability, saying the Duclert Commission stopped short of explaining what France was responsible for, and erred in concluding that Paris “remained blind” to the looming genocide.

“We can now look at the children in the face as well in Rwanda as in France and tell them that there has indeed been a genocide against a part of the Rwandan population that we called the Tutsi, that happened in an African country called Rwanda,” FYM said in part.

“And do not forget to tell them that these are Rwandans who planned this genocide and that the leaders of a European country, France, engaged their country in this crime”.

The foundation stated that a true reconciliation process passes through the truth of a common history; and that reconciliation between France and Rwanda is not a sign of weakness, but a great proof of humanity.

It also noted that two reports are complementary and each is a first step because, according to the researchers, there are documents they cannot access, which stops each of these reports from being closed, thus calling for patience to see more findings in future.

“Let us have patience. This at least makes it possible to show that the survivors are not mad, they testify to what they saw and lived in their chair and what they endured in their hearts for the last thirty years. Justice would not be possible when it is not preceded by history,” Mukagasana said.

The foundation called on President Emmanuel Macron and the French people have the duty to protect their children from these criminals who poison them with the language revisionist and negationists and from the double genocide arguing that the crime of genocide is in the hands of the culprits, not in the hands of the innocent.

“We ask the President (Macron) to bring the suspects to justice, starting with Madam Agathe Kanziga, the former first lady of Rwanda- (wife to former President Juvenal Habyarimana.