President Emmanuel Macron of France has launched a new French cultural centre in Rwanda which he expects to reinvent and promote French culture and education in Rwanda.

Macron who has just concluded a two days state visit to Rwanda had quite a busy schedule yesterday, but in evening, he opened this facility which had closed since 2014.
The land has since been gazzated for construction of commercial structures in line with the newly revised Kigali city master plan.
“I have been asked why Rwanda? And my answer to this is that I am convinced of the need to revive the French culture and education,” Macron said.
“French culture is changing and reinventing each day and I believe this centre will be for innovation, culture and youth development,” Macron said in his launch speech at the centre which is located in a strategic, high end residential neighborhood of Kimihurura-Gasabo district. 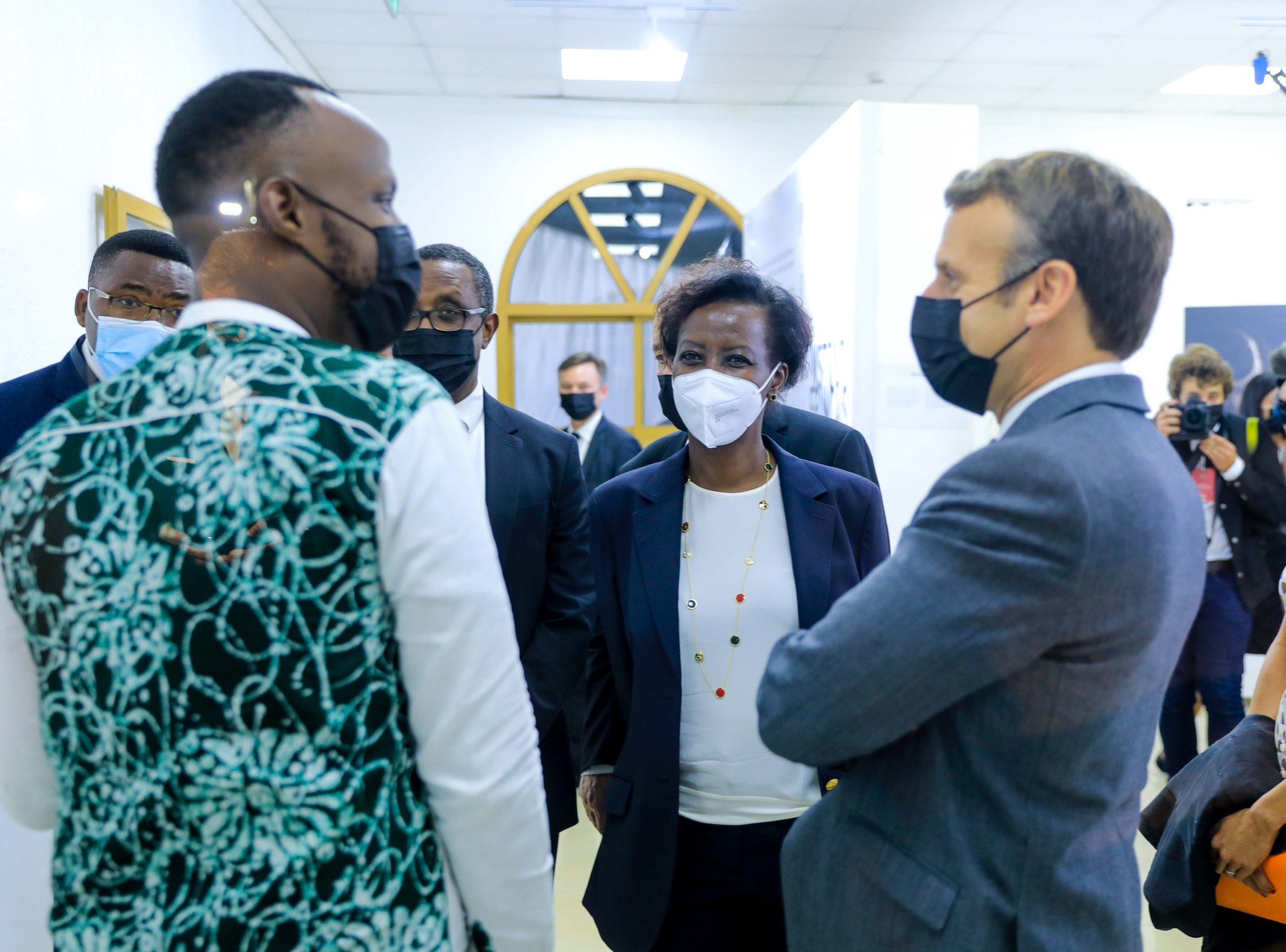 Macron also said that it was a great pleasure to be in Rwanda to open such a centre which can be a springboard for Rwanda’s youth education and development.
The centre would also provide research and education materials.
Macron was accompanied by the Francophonie organisation (OIF) Secretary-General, Louise Mushyikiwabo who acknowledged the importance of having a good relationship between the two countries.
Besides being a French language, culture exchange and research place, the new French Cultural Centre is set to host cinema screenings for the general public, workshops and other events.
Contact the Author:
@DanielSabiiti