President Kagame on What Africa Can Do to Develop Football 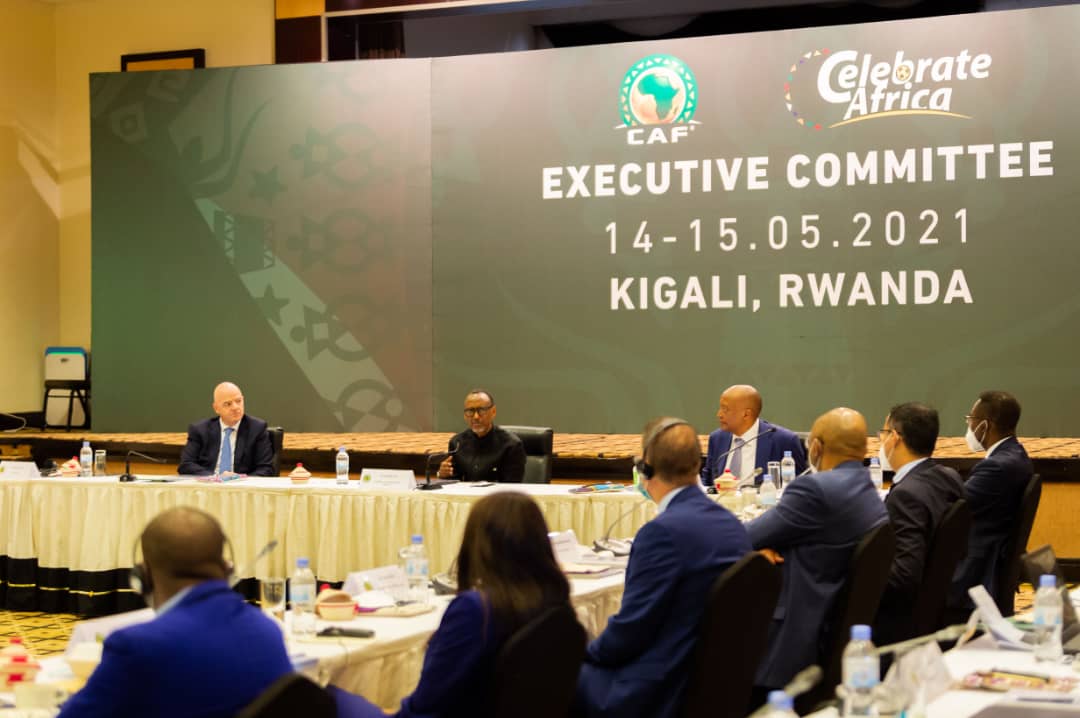 President Paul Kagame says African countries have to change the mindset of how they do things and work together to improve and develop football if the continent has to be competitive in the sport, which he said is loved by nearly all the 1.2 billion people on the continent.

The Head of State made the observation on Saturday during the Confederation of African Football (CAF) Executive Committee Meeting which was held in Kigali.

President Kagame, who was flanked by world football body FIFA President Gianni Infantino and CAF President Patrice Motsepe, said that as a politician who runs a government, he knows there are certain things that can be done to improve and develop the sport but it will take a mindset change.

He said that as a Politician, there are certain principles that must be considered even for a government to be seen to be running effectively, among them convergence of doing things, something he said can be applied to football for the continent to see tangible results.

“I do politics for a living if I may start with that, but I also make sure that I have to do or get involved with good politics. It’s not just politics. It has to be good politics. And because of that background, I find almost in everything, politics or otherwise, there is a convergence between politics and everything else,”

“That is not by accident. It is because there are similarities irrespective of whatever sector you are looking at. If you look at sports, sports teams, clubs, whatever, from football to any other sport, builds on a number of things and if it becomes similar to everything we do in politics, whether it is government or any other kind of politics,” President Kagame said, creating a linkage between the two. 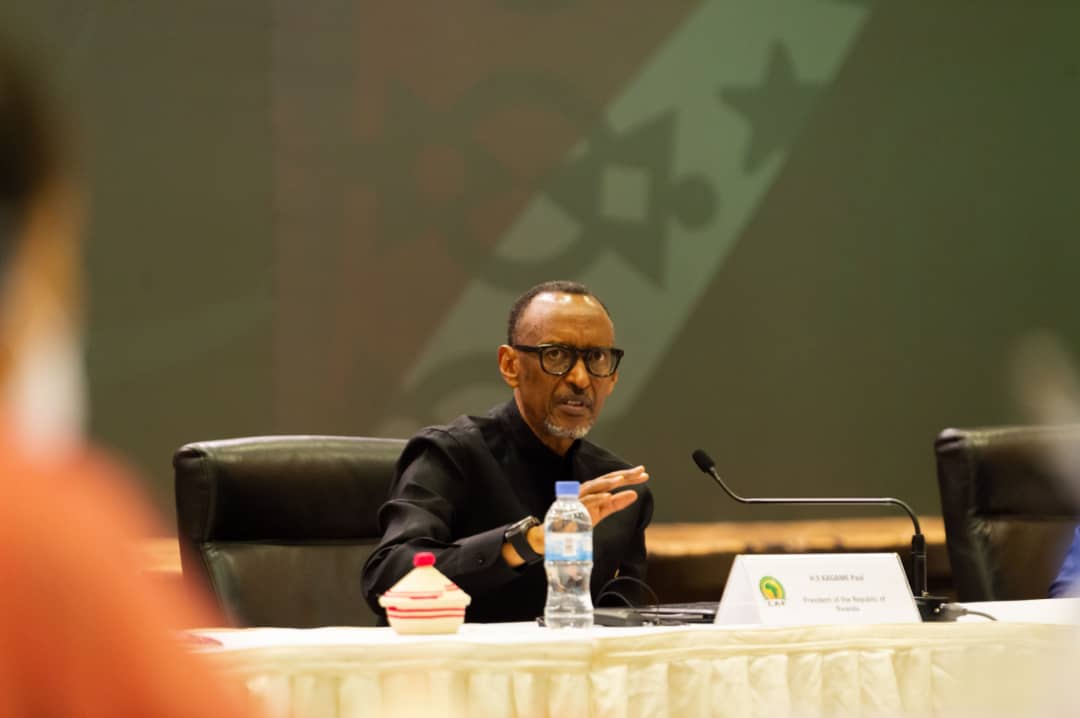 President Kagame said the continent has to work together for the betterment of football as a sport.

Among other things, he said leadership is everything because you must have a vision and then when it comes down to details, you find that in our daily exercise of duty, people must work as a team whether it is football or any other sport or government.

“In the same exercise of duty we want, to be also humble about it, that’s what will give us maximum results. There is humility in whatever we do so that we maximize the benefits and the outcomes of whatever we do,” he said, adding that there is a need for leaders to be competitive in whatever they do.

“This is all for maximizing the outcomes of what we do. We have to work together, not only as teams involved in doing whatever specific task, but we also think about others beyond our specific teams,” he said, citing his own example as someone who leads the government and experiences it.

He said that whatever they do is for the citizens of the country and that apart from a vision therefore, football leaders must also have to have an ambition to win.

“Do you want to be satisfied at all? Then you will have breached certain rules of the principals I have spoken about because you can’t be happy alone until members of the team and beyond are also happy. So that means you have to be thinking of others,” President Kagame challenged the leaders.

President Kagame said that in everyday life he has found convergence very important when it comes to achieving something.

He said that whichever way you look at it, convergence whether it is government, clubs, teams and any sport, including football, is very important. 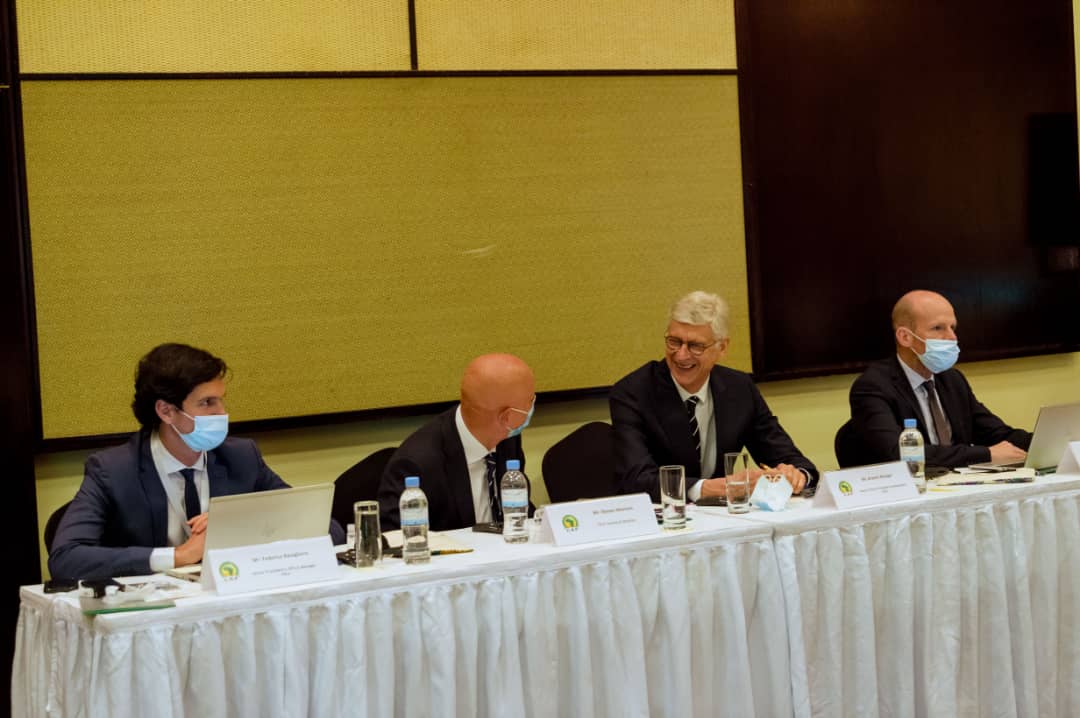 Former Arsenal Manager Arsene Wenger is among those attending the CAF ExCom meeting.

In the presence of high-ranking FIFA and CAF officials as well as heads of federations, President Kagame said that they have a duty to the continent and to the people as well

“What do we aspire for in delivering our mission, as representatives, as the leaders in football, as a sport but also what that means to our continent, our African continent. None of us here does not know our problems,”

“We have our problems whether it is in politics as I said, but I will spare you that for today. I won’t talk about him. And in fact, then that means you also have problems in our football organizations and set up and we affect each other. Again, there is that convergence,” he said

For football, he said whether there are new leaders or have been there before, it’s all the same, they know what they represent and what they want and should work towards achieving it.

“So, what is our mission? What do you feel, you as individuals, that you should be looking at or doing differently for us to be able to deliver our mission of improving whether it is politics or particularly football on our continent?”

“I guess this is our task. I’m not going to tell you what because you know and you know better than me or in your discussions, I’m sure you’ll be talking about that,” he said, adding that as leaders who have ambition and a vision, they know what is possible,” the Head of State said.

With that in mind, he said leaders can start doing what they have to do, that is different from how things have been done in the past, to deliver on the progress and the development of football on the continent, to deliver better results on the pitch. 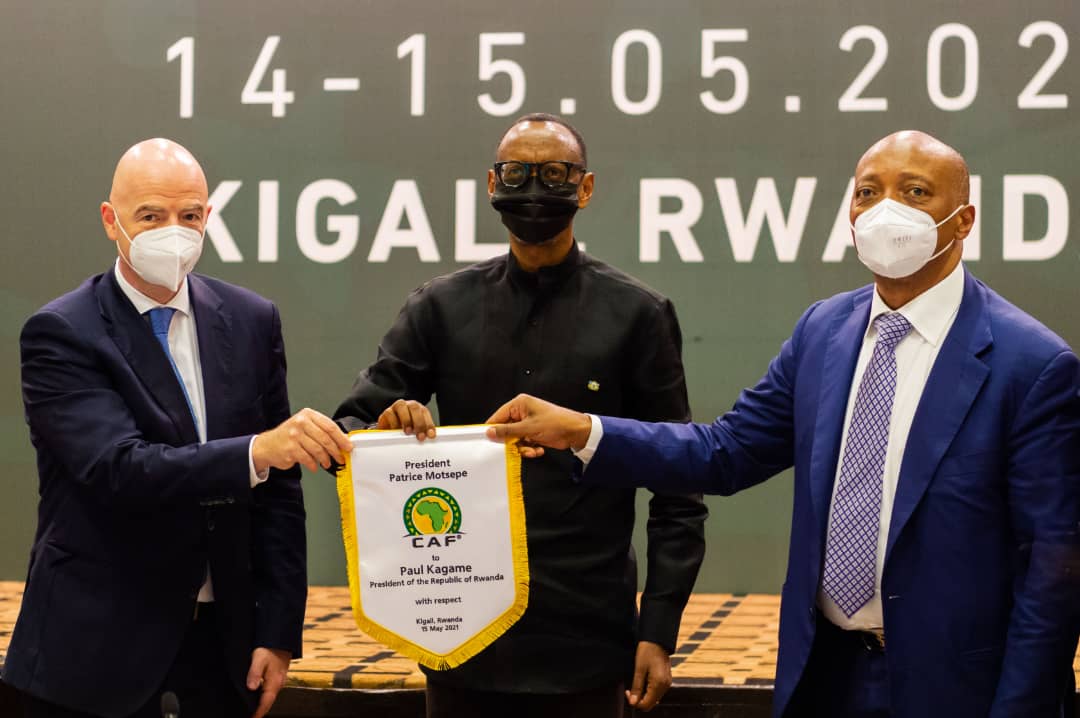 A duty to football

President Kagame said the leaders have a duty to football and a duty to Africa and its people but to do so they need to have a mindset to do things differently.

“We can start doing what we need to do that is different, that is going to deliver on the progress, development, and management of football on our continent, and deliver better results for all of us who love football. And I mean the 1.2 billion people of Africa,”

“There are other things we cannot do; maybe we don’t have resources to do it or budget. But it doesn’t mean that tomorrow we won’t have those resources or that capability. So, we build towards it, making sure what we cannot do now, we can do tomorrow,” President Kagame said.

He said that for that to happen, African countries have to play their part and partners can come in to fill the gaps.

“Africa has enormous talent, probably more and better than known in the world. But we only excel when we are elsewhere not here. It must be a question we should really get a hold of and find answers to,”

“We must be our best selves. Mindset change, doing things differently, connecting with people. Do things that you are happy about, but be sure not to be happy alone, but happy with others. The others that we serve,” he added. 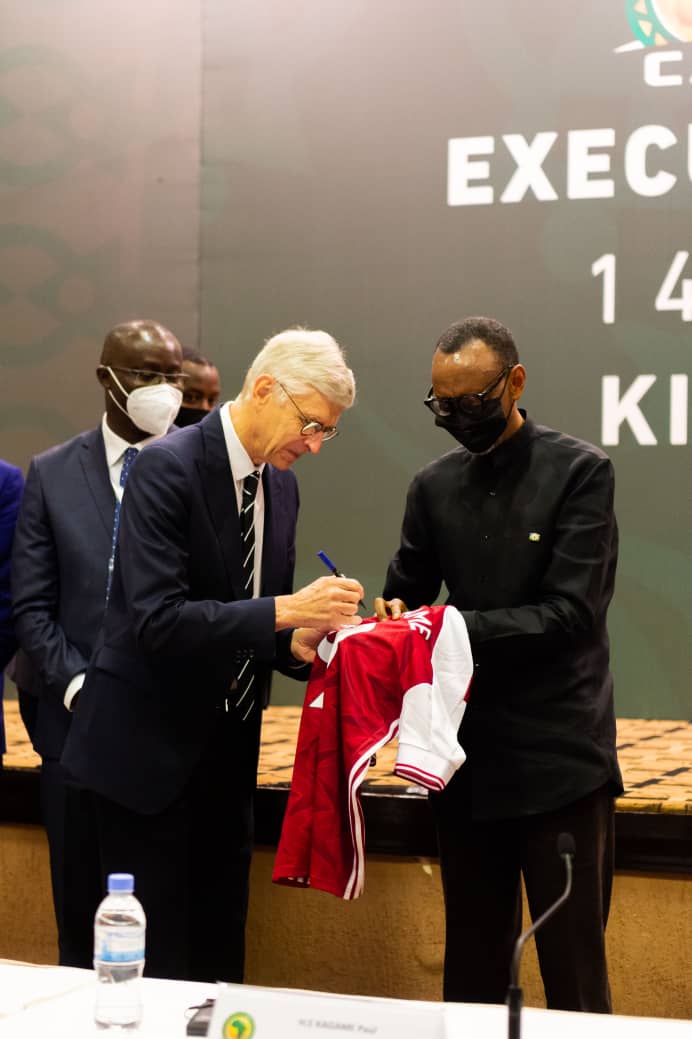 President Kagame had an Arsenal shirt signed by the former Arsenal Manager, Arsene Wenger. He praised the Frenchman for his excellent contribution to football.

FIFA President Infantino described President Kagame as a ‘true football fan’ with values which call for excellence in whatever people do including sports, pointing out that it is the same values that have been applied in Rwanda’s progress, which is visible for all to see.

The CAF President Motsepe praised President Kagame for his contribution to football, particularly his commitment to see the sport grow, stating that under his leadership they will work with African countries to ensure that the sport is uplifted. 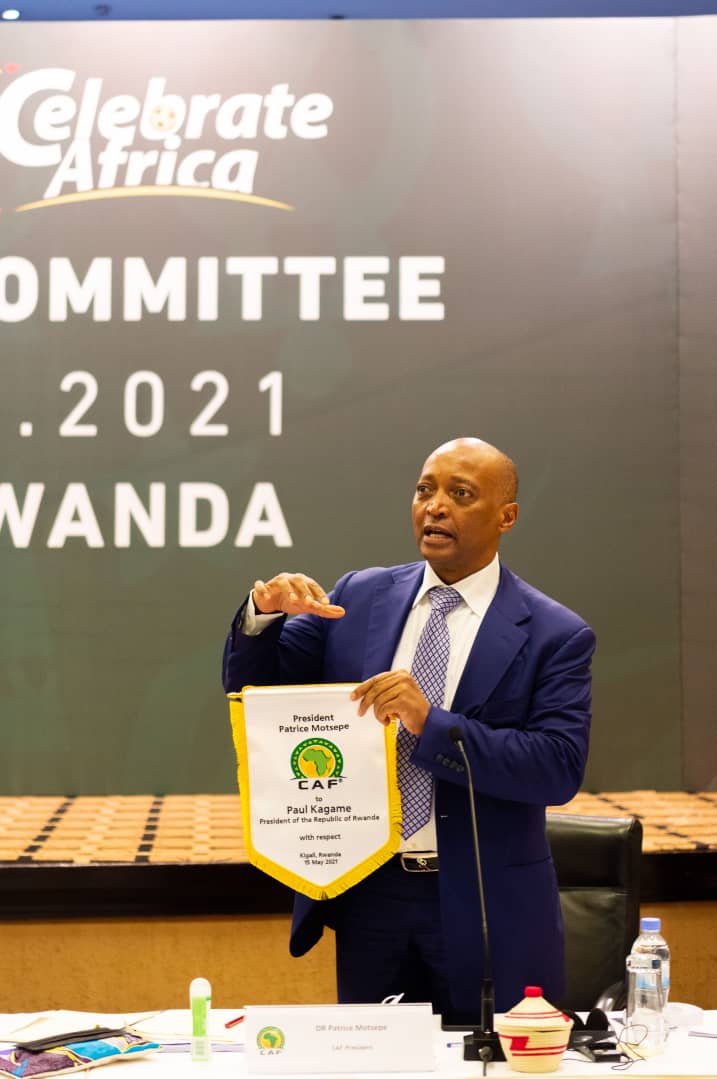 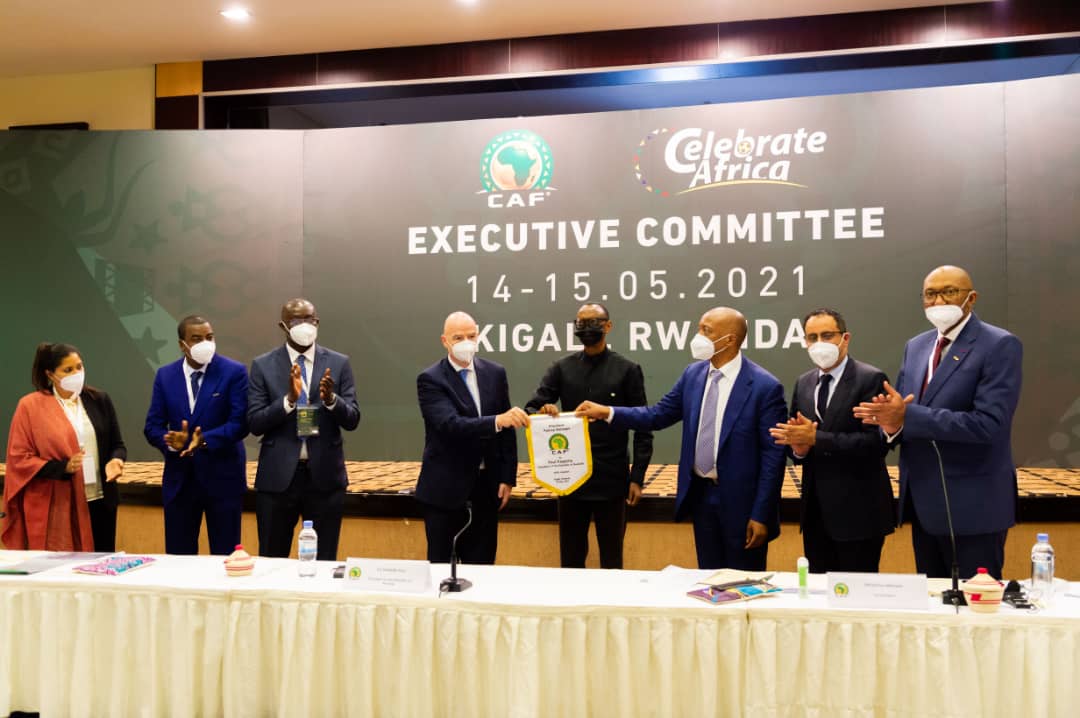 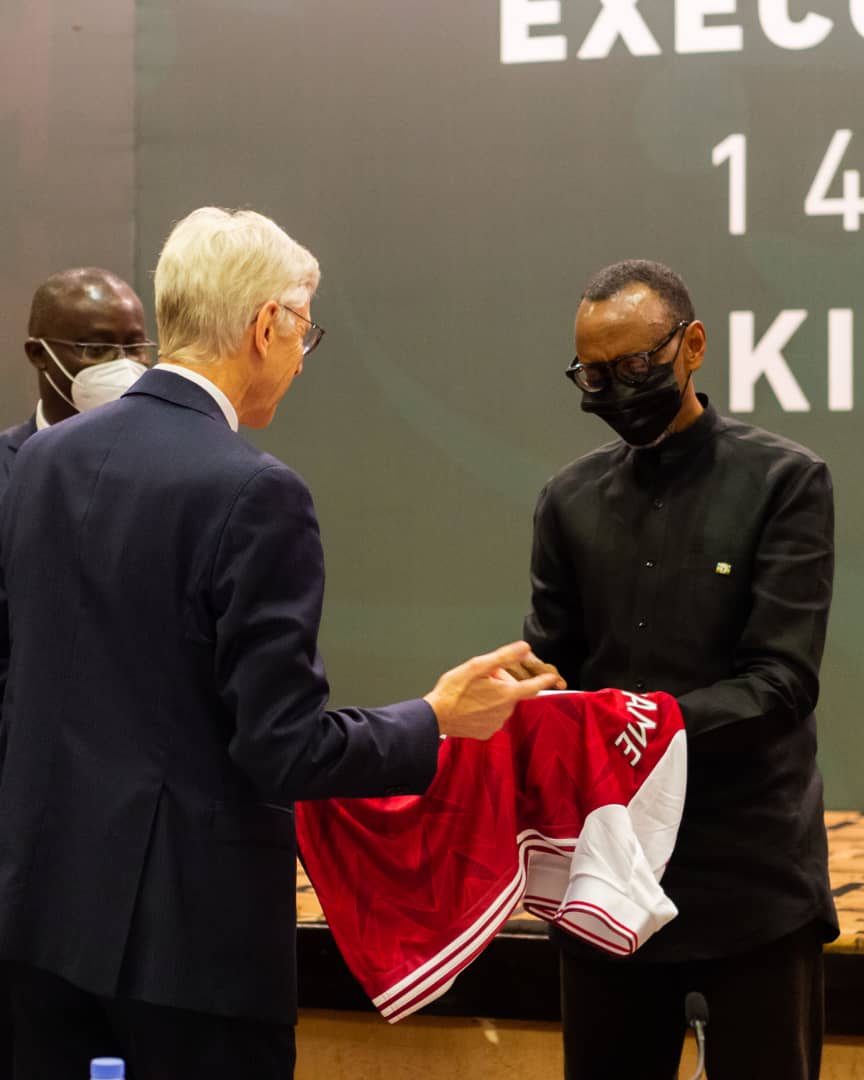 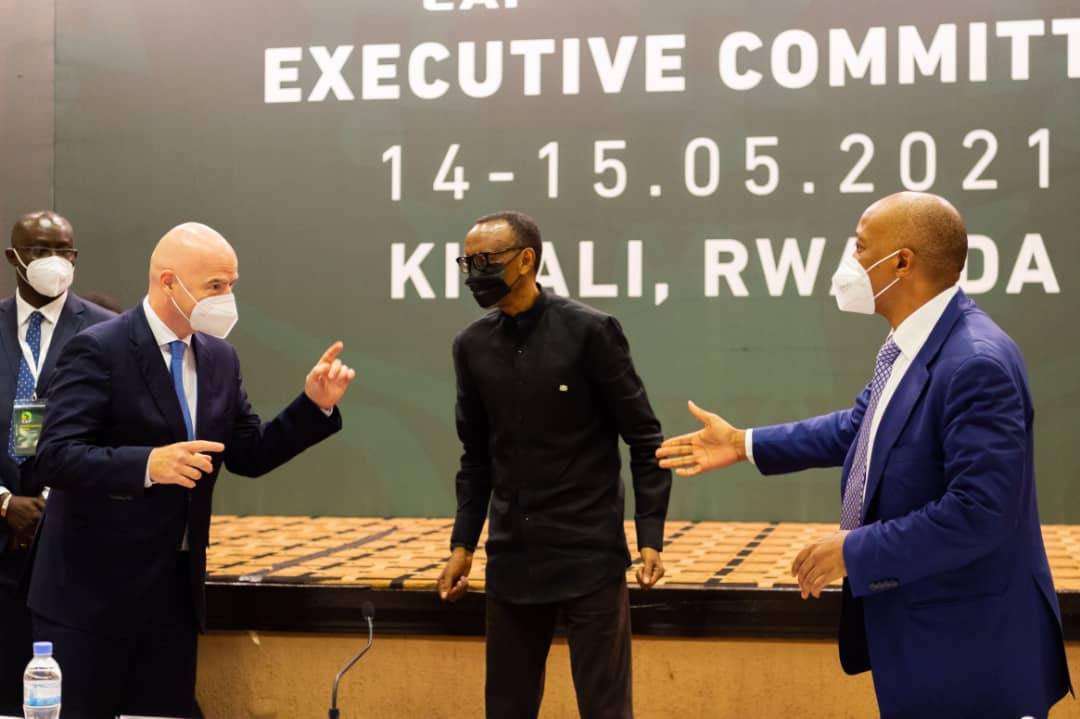 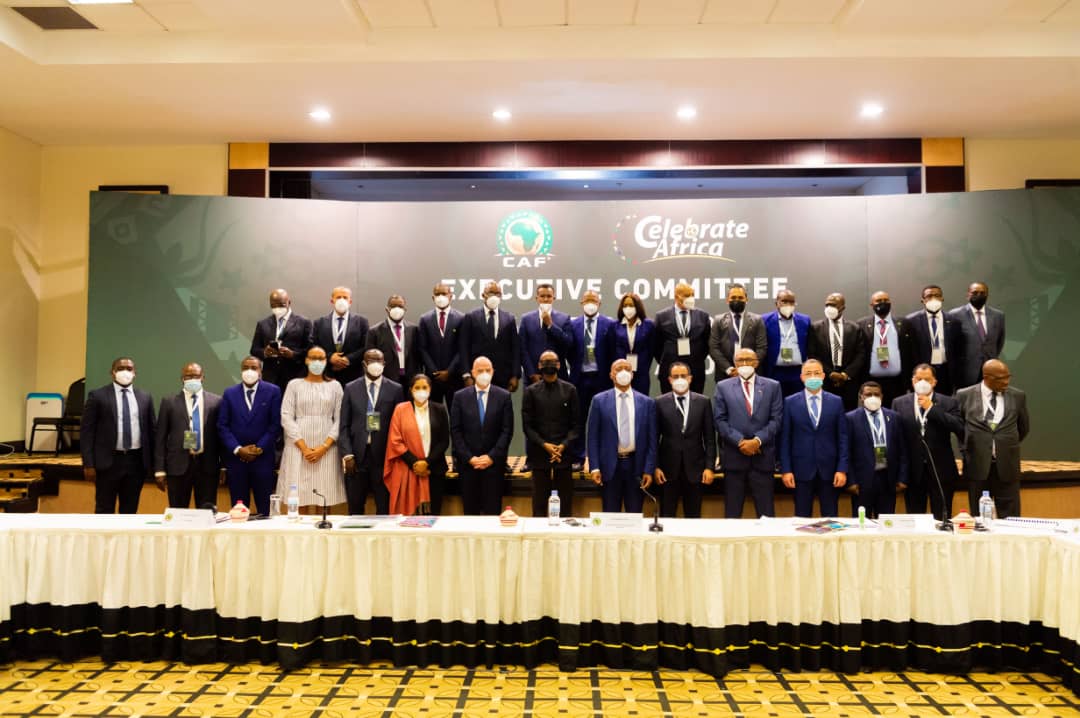 The Day They Killed Us! A Survivor’s Tale of Persecution