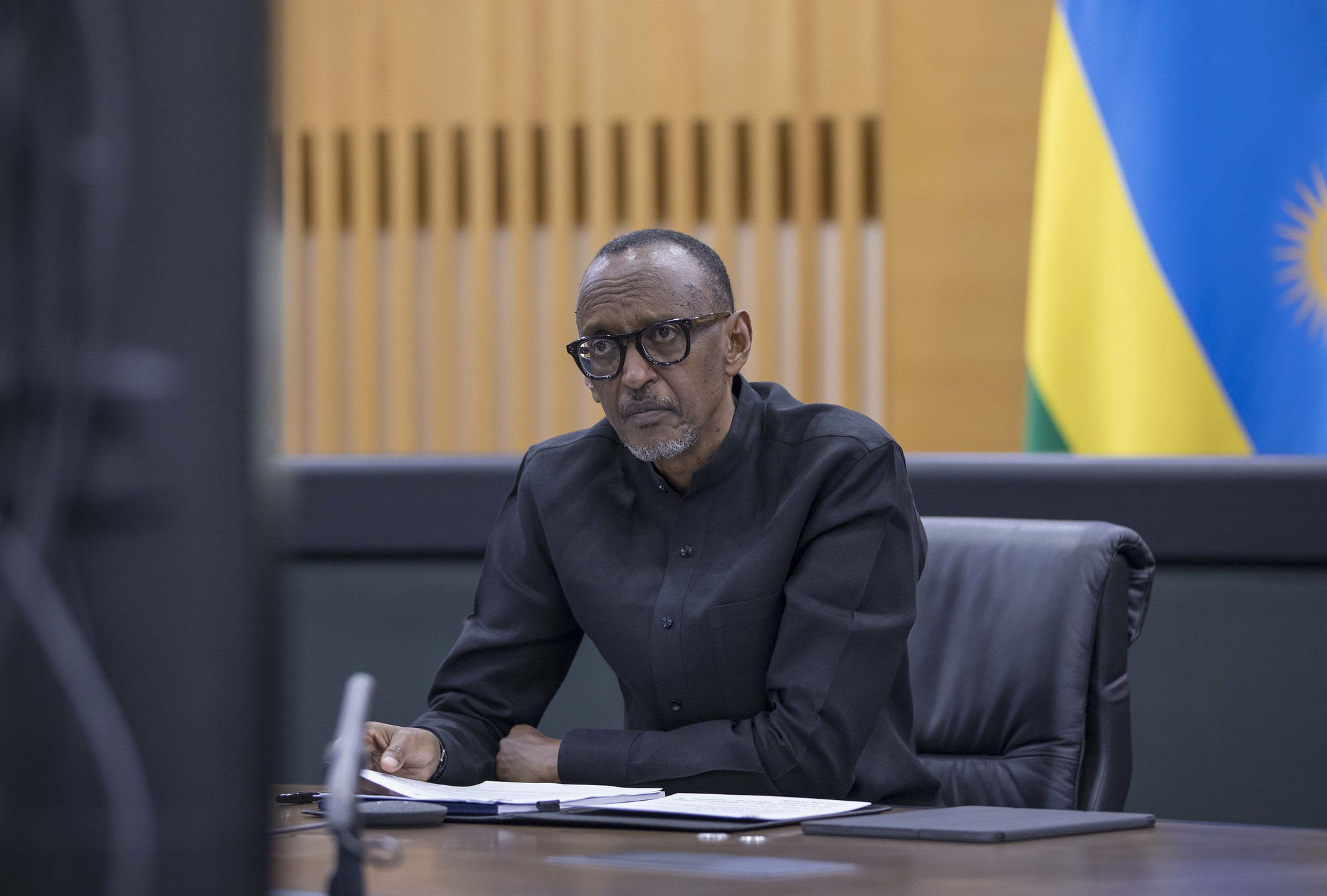 President Paul Kagame says increased financing and investment in green energy sources will enable a much faster shift from non-renewable energy sources to renewable and sustainable ones.

The Head of State made the observation on Tuesday at the Global Roundtable on Transforming Extractive Industries for Sustainable Development convened by the United Nations Secretary-General António Guterres.

President Kagame pointed out that as the world takes the path to decarbonization, it implies significant changes to energy policies, particularly around coal and other fossil fuels but the said energy sources won’t disappear overnight.

“For some developing countries, fossil fuels will remain an important part of the energy mix,”

“However, we can focus on development finance to speed up the transition to renewable energy through investments in new technologies and distribution networks,” President Kagame said.

Citing Rwanda’s example, he said the country has decided to embark on a shift to electric vehicles in the coming years.

“Rwanda is also committed to upgrading to clean cooling technologies, in line with the Kigali Amendment to the Montréal Protocol. Mining and other extractive industries have a bad reputation, sometimes deservedly so,”

“Sometimes the revenues don’t flow where they should, in the public interest. Or environmental impacts are not accounted for. Yet minerals and metals are key inputs to many high-tech growth sectors, and Africa is a source of many of these materials,” he said.

In reference to recommendations by the Secretary General’s, he said the policy brief provides a roadmap for changing both the perception, and the reality, of mining and energy production in developing countries.

He observed that what is required is a new compact between government and the private sector to transform the extractive industry for sustainable development.

The UN Secretary General said that mineral resources are one of Earth’s great endowments and that their extraction plays a dominant role in the economies of 81 countries.

“These countries account for a quarter of global Gross Domestic Product, half the world’s population and nearly 70 percent of people living in extreme poverty,”

“Of the world’s 72 low- or middle-income countries, 63 have increased their dependence on extractive industries over the past two decades,” Guterres said.

He pointed out that these industries generate large amounts of foreign exchange earnings, foreign direct investment and government revenues and have the potential to drive economic growth and poverty reduction.

“We have all heard talk of the resource curse. Our shared responsibility is to ensure that the benefits of mineral resources reach all people in society, not just elites, while safeguarding the natural environment today and for future generations,”

He called for the need to improve extractive resource governance through more effective rules and enforcement related to environmental sustainability, transparency, inclusive decision-making, accountability, access to information and respecting and protecting human rights.