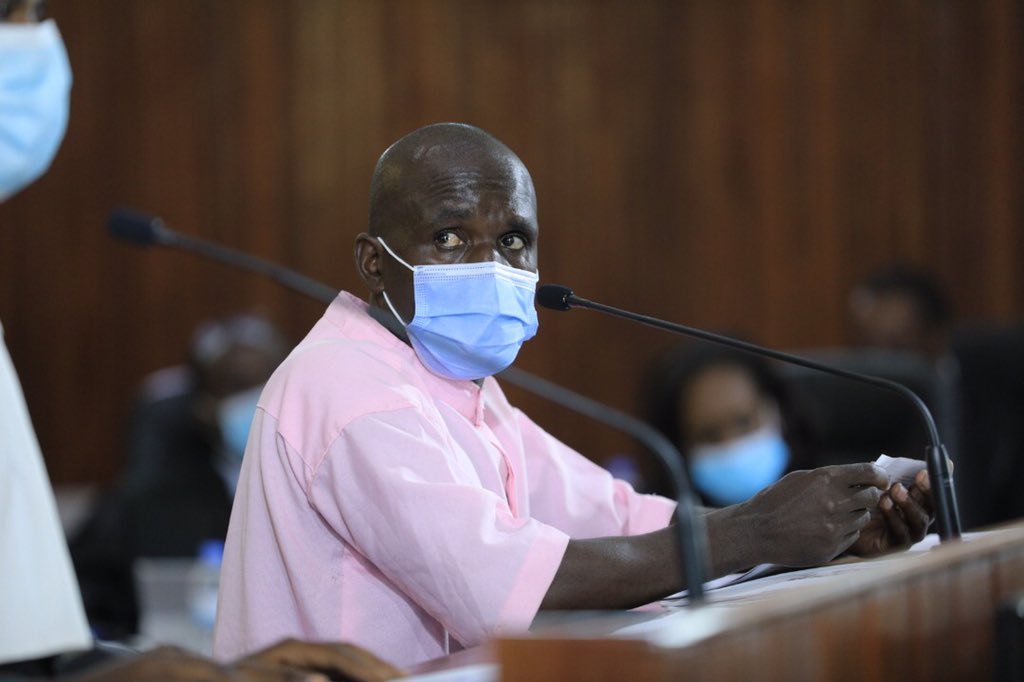 Suspects in the MRCD-FLN terror case have confessed working for a terror group formed under a coalition between Paul Rusesabagina and other DR Congo based groups but claimed that this was done under duress.

André Kwitonda, who left Rwanda in 1994 as a civilian said he moved from Congo Brazaville to DR Congo where camp officials told him to join the Congo forces.

“This is how I joined the government forces as a medic and this was because they said if anyone refused they would encounter heavy punishments, which included death,” Kwitonda said.

“I feared the punishments that came with refusing to abide, and decided to join since I had nowhere to go,” Kwitonda said.

He also revealed that this was done by some former Rwanda government forces (Ex-FAR) officials like Major Leon Mugaragu, and his assistant Capt. Ndagijimana aka Ndanda who forced them to join FDLR-Foca rebels after the government eliminated all foreign soldiers in the national army (FARDC).

Kwitonda said that he managed to serve under the DR Congo forces for four years but joining the rebel forces came into play after the death of President Laurent Desire Kabila where all foreigners  were disbanded which resulted in joining a rebel group – FDLR-Foca.

Kwitonda said that he didn’t try to abandon the forces because of three reasons- fear for his family being victim of the heavy punishments, fear of the witchcraft that was used in the forces and believing in the CNRD party ideology and propaganda against Rwanda government.

The suspect Kwitonda who is charged with joining an illegal armed group and being part of a terror group confessed that he later joined the CNRD party which had a political agenda of returning to Rwanda through diplomatic negotiations under a disarmament agreement led by United Nations Refugee agency (UNHCR).

This didn’t go as planned, though he alleged he had a desire to return to Rwanda, Kwitonda said, “I found out that they had instead formed another armed group after a coalition agreement involving MRCD of Rusasebagina and Nsabimana Callixte’s party party”.

Though he confessed working with MRCD-FLN for four months, Kwitonda denied taking part in any terror act on Rwandan soil and said that he only heard or knew of the terror terminology levied on MRCD-FLN forces when he arrived in Rwanda after being arrested in Goma town and deported by DR Congo.

Kwitonda contested his prosecution saying that he shares the same experience with his commanders but the later were taken for rehabilitation and reintegration at Mutobo rehabilitation center in Musanze district- which he said would be the same for him.

“My client and other suspects I represent have a right to enjoy the offer (of re-integration) as rebels, which was tabled by government policy when it comes to such cases. Our concern is why he is not given this opportunity just like others,” Mugabo said.

After six hours of listening to similar arguments from suspects like Théogene Hakizimana and Emmanuel Nshimiyimana- all defended by Lawyer Mugabo, court ruled that the trial will proceed this Thursday.

How King Faisal Hospital Kidney Transplants Will Save Rwanda a Fortune