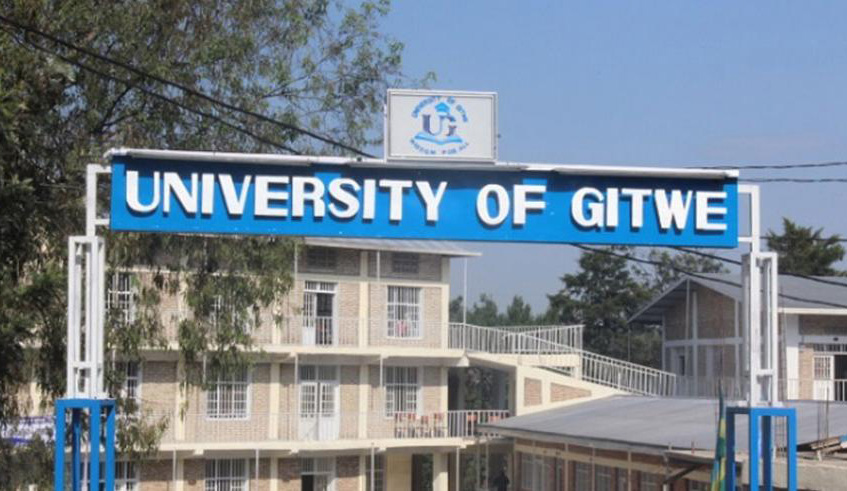 The University of Gitwe located in Ruhango, Southern Province has been given one condition to fulfil before resuming business.

To reopen, the adventist’s private school was required to clear Rwf216million worth of salary arrears.

Operations at the University of Gitwe were halted by the Ministry of Education after the Higher Education Council (HEC) reported gross administrative errors that compromised the quality of education and failure to pay teachers earlier before COVID-19 pandemic.

Several requirements that were set by the inspections team were fulfilled, and today, officials on ground can confirm that the school would be good to go if they clear the arrears.

Alice Kayitesi, Governor of the Southern Province, after conducting her own inspection and  holding a meeting with University management early this week said:

“In the meeting, they agreed to clear the arrears  worth Rwf216million. This is the biggest problem that they must sort out if they want to resume operations,” Kayitesi said.

“Currently, they are working with Bank Populaire to give them a loan to pay these arrears. I cannot specify when the University will be allowed to reopen, but I hope very soon,”

She added that the University of Gitwe was so important to the neighboring community in terms of business and its reopening will be welcomed by residents.

However, governor Kayitesi said that the University of Gitwe will be reopened without two faculties of Biomedical Laboratory Sciences and Medicine and Surgery that were closed by the Ministry of Education and HEC.

The duo faculties were closed on 29 January 2019, after HEC conducted a comprehensive external Audit (CEA) in March 2017 and made several recommendations.

In a press conference on Tuesday – January 29, the then Minister of Education Eugene Mutimura said that the school had not implemented recommendations that were made and thus decided to close it definitively.

The minister said among other reasons, that; “the students of Medical laboratory technology do not conduct enough practical exercises.”

According to Kayitesi, the University of Gitwe has the potential to get back to its feet because of the large population of students who need its education service.

“We have advised the management to look for development partners. They cannot depend only on the school fees. The closed science departments will not be reopened until they also fulfill what was advised by HEC,” Kayitesi said.

The university officials confirmed to KT Press, that they are working on the arrears’ clearing and would be through soon to be allowed to reopen.