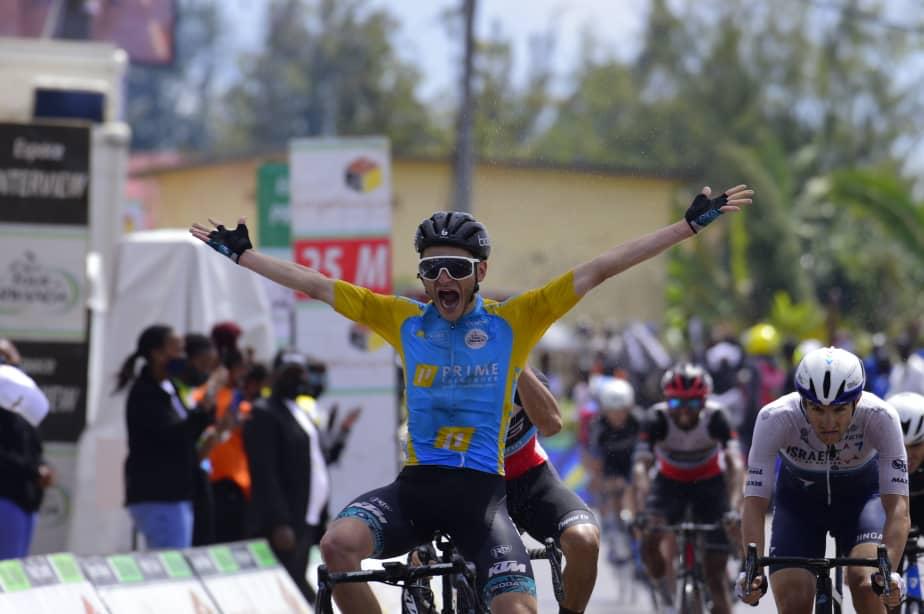 Not many claim their first two professional victories in a row, however, the young French rider Alan Boileau riding for Team B&B Hotels did it by winning the third stage of Tour du Rwanda today. 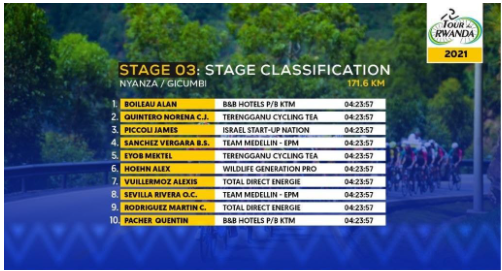 The 171.6km stage, the longest of this year’s Tour du Rwanda, took the riders from Nyanza to Gicumbi with five categorized climbs and two intermediated sprints along the way.

Lennert Teugels (Tarteletto – Isorex) who spent most of the day in the breakaway, collected enough points to keep both the sprinters’ and mountain classification jerseys. 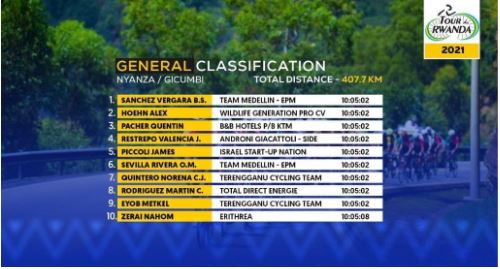 It was yet another difficult day in the saddle for Rwandan riders who failed to make the top ten and lost more time, while Didier Munyaneza became the second Rwanda to abandon the race following Josepf Areruya’s abandonment yesterday.

Tomorrow’s 123.9 km stage features five categorized climbs from Kigali to Musanze and will be another one for climbers.