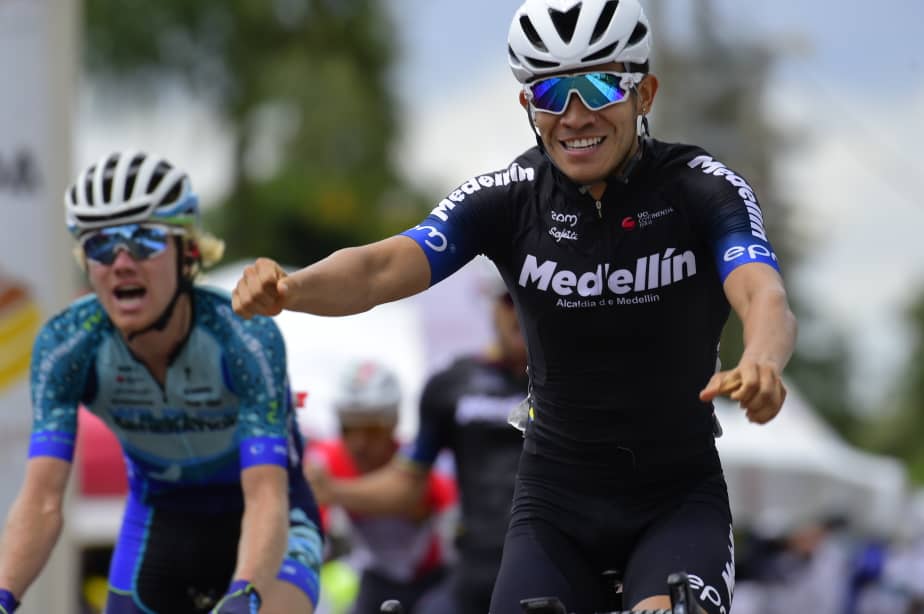 Brayan Sanchez riding for the Colombian Team Medellin opened his account at Tour du Rwanda as he sprinted to stage 1 victory in Rwamagana on Sunday.

He becomes the 7th Colombian rider to win a stage at Tour du Rwanda.

The 115.6-kilometre stage started in Kigali and ended with a 6, 5-kilometre finishing circuit in Rwamagana.

A three-man break which contained Suaza (Team Medellin), Mohd Zariff (Terengganu) and Teugels (Tarteletto) established itself after 11 kilometres into the race.

Mohd Zariff was later dropped by his breakaway companions at the 67 kilometre mark.However, with Israel Start Up Nations setting the pace for the peloton, the break’s last two survivors were pulled back with just under 20 kilometres to go.

Tomorrow’s stage 2 will travel 120,5 kilometres from Kigali to Huye.