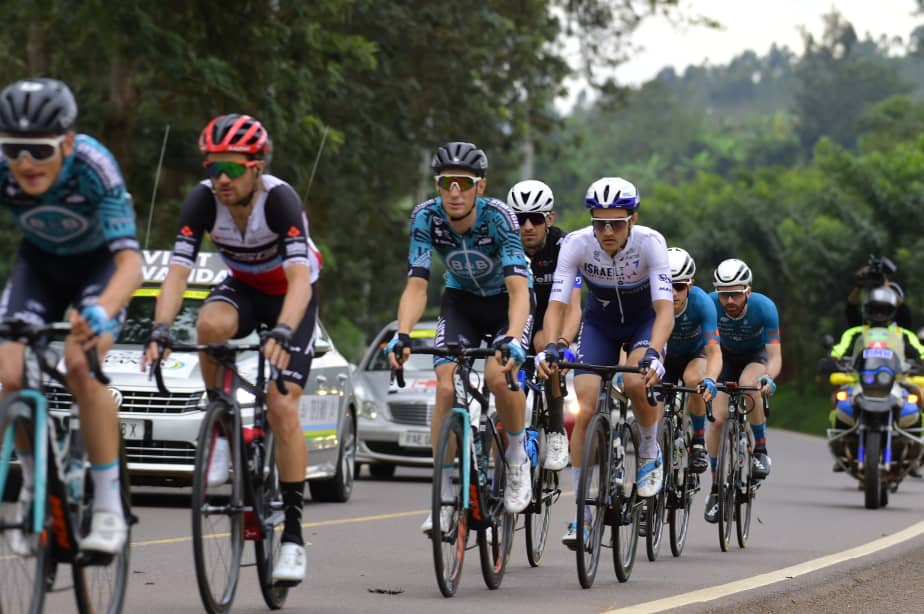 The 13th edition of Tour du Rwanda cycling competition has started this morning with riders showing what they do best in the Kigali-Rwamagana return trip, 115.6km. 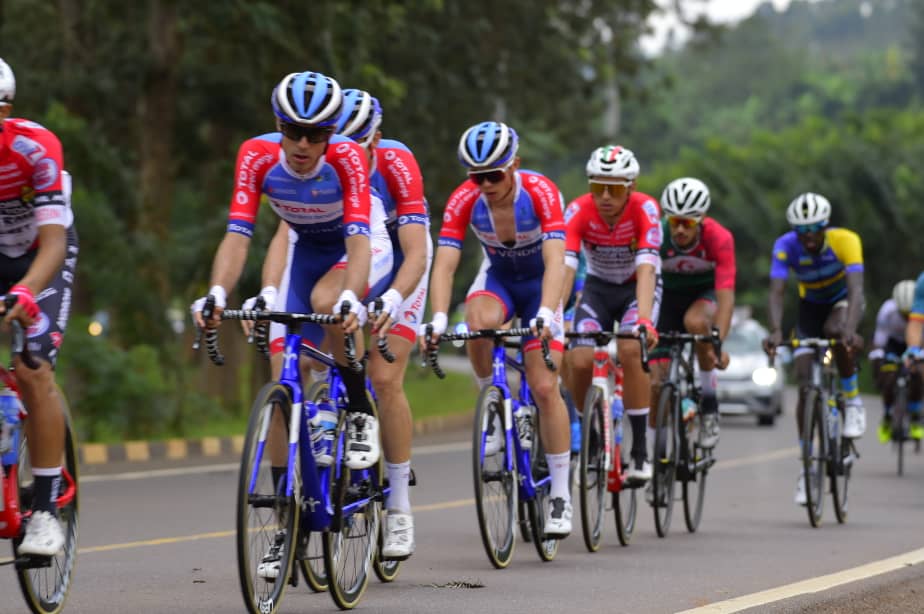 Among the teams that have participated in the opening stage, 3 teams will also take part in this year’s Tour de France and those include the World Tour Israel  Start-up Nation, and two  French teams  B&B Hotels and TDE Pro  Cycling. 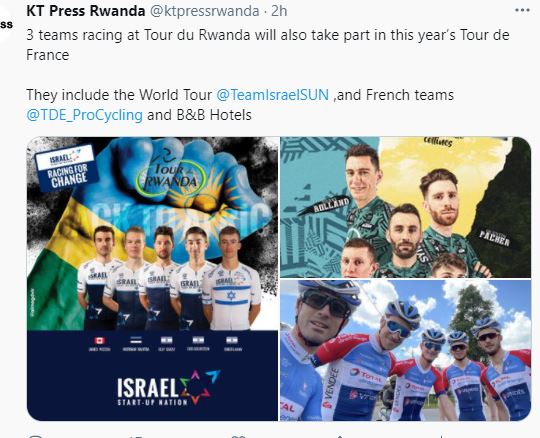 A record of 47 new riders also have participated in the 2.1 race which is attracting more and more famous riders making it hard to those that attended the previous seasons to shine. 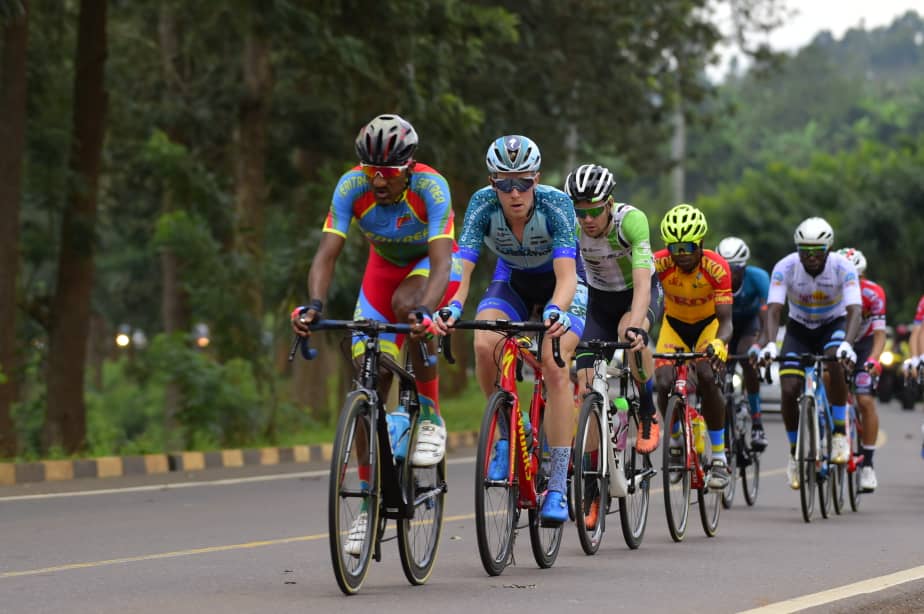 In other words, the traditional names from Rwanda, Erythrea, and elsewhere will have to fight hard to protect their previous glories.

Among the debutants is included Romania and Singapore’s Serghei Țvetcov and Choon Huat Goh respectively. 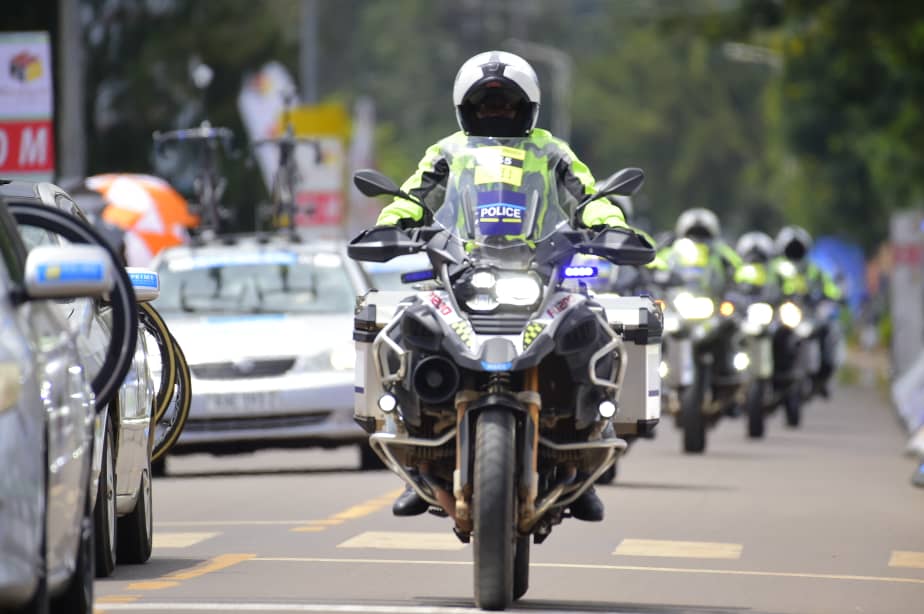 Meanwhile, 15 Rwandan riders will be racing in their own backyards because Rwanda is represented by three teams;  Team Rwanda, Benediction-Ignite,  and  Saca  Riders. 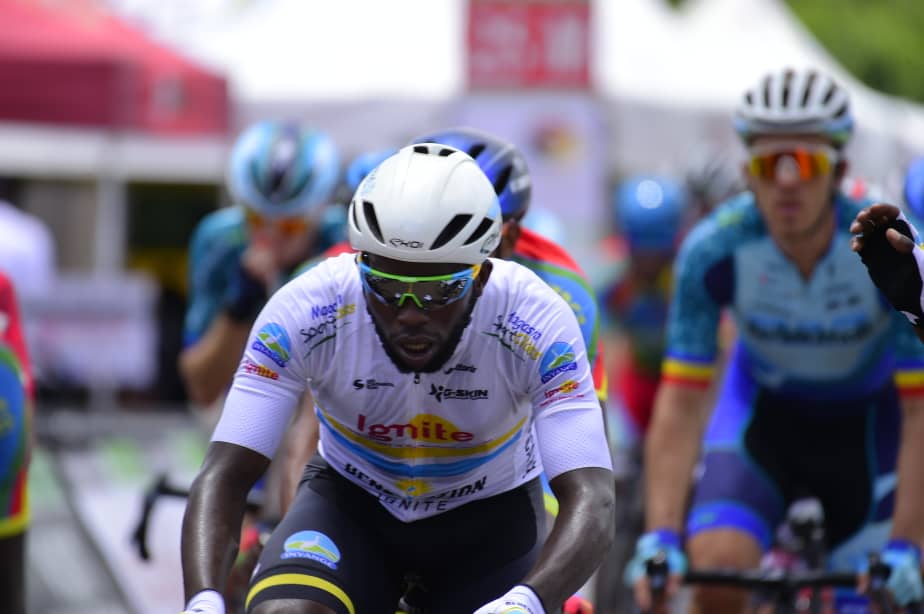 And those include Areruya Joseph(pictured) who rode in his Rwamagana home town today and Jean-Bosco Nsengimana (Benediction Ignite), the rider with the most participation (10) in the race. 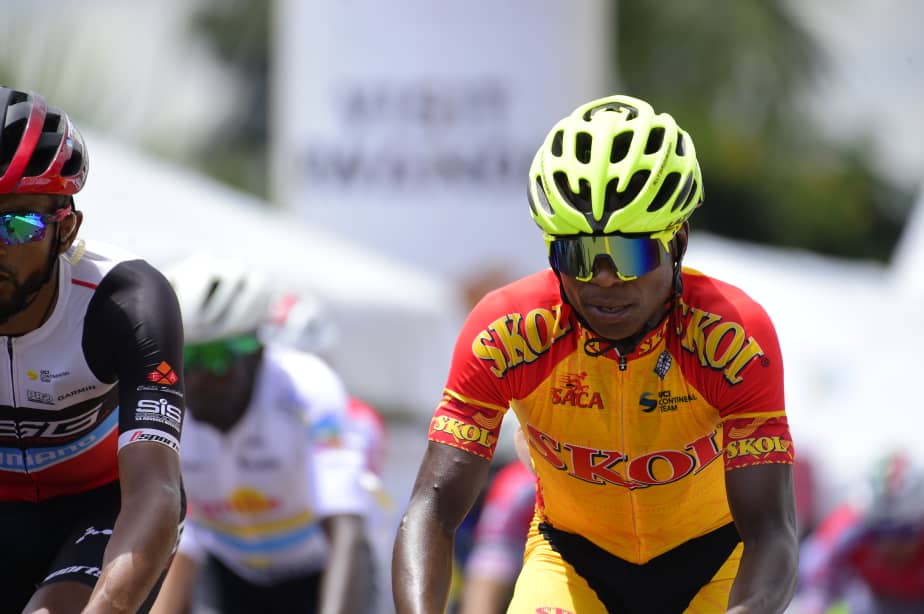 Meanwhile, there were fewer crowds at starts and finishes because the new protocols include limiting the number of spectators in order to prevent more spread of COVID-19. 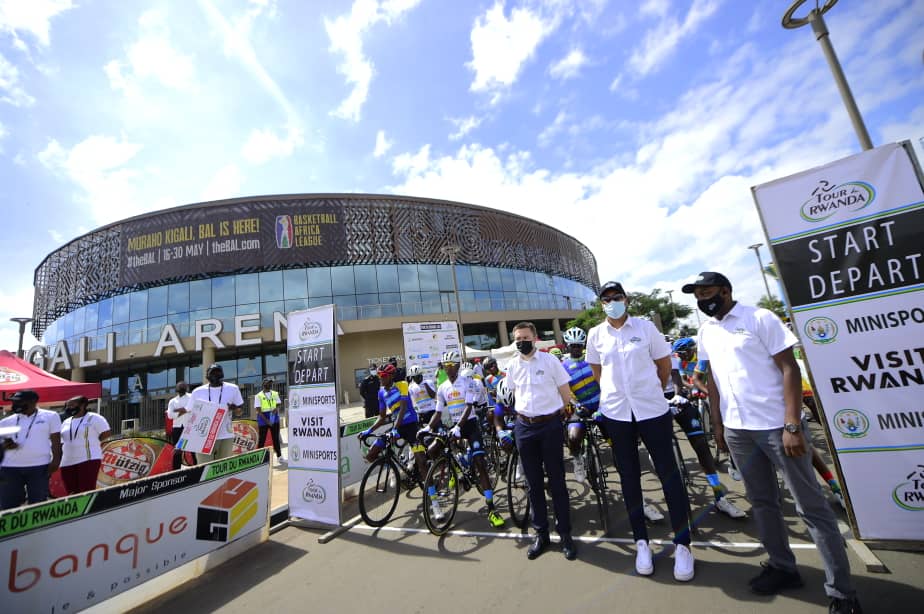 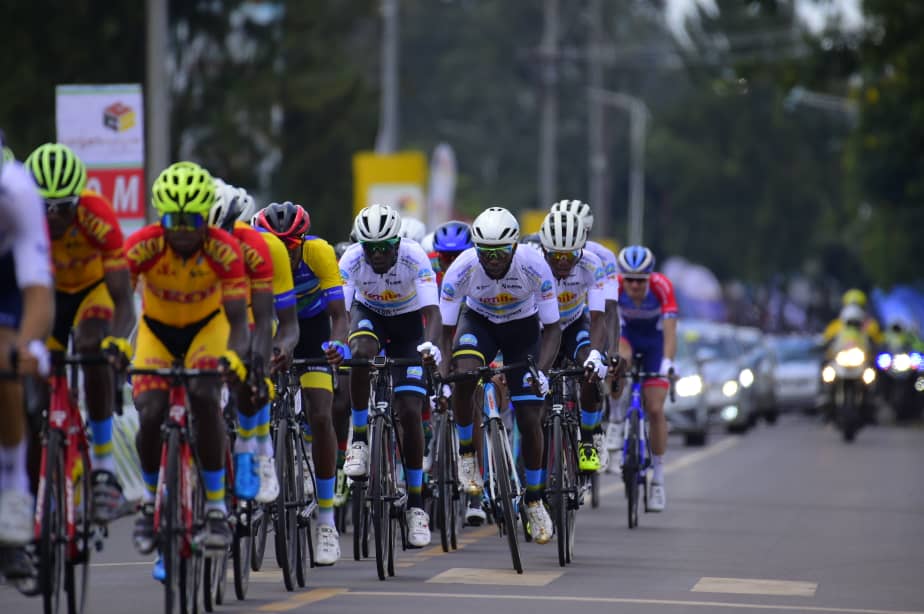 Due to the coronavirus pandemic, the riders are being kept in bubbles in Kigali. Cyclists, staff and all participants are tested for covid-19. 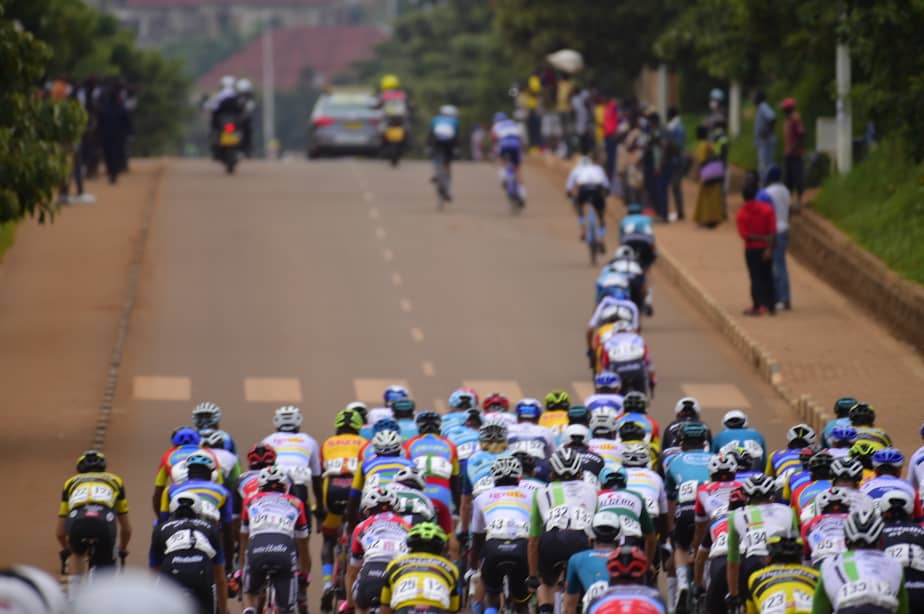 Changes to the traditional programme have meant that riders will take the race buses for stages that start or finish outside Kigali. 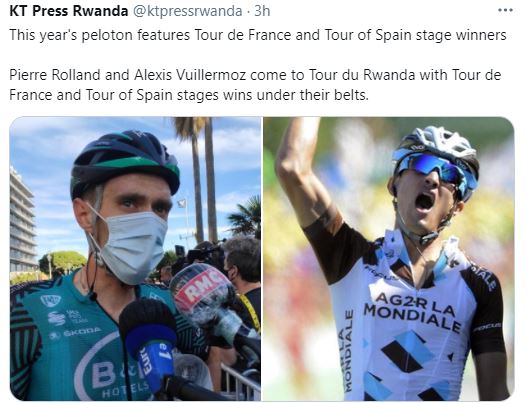 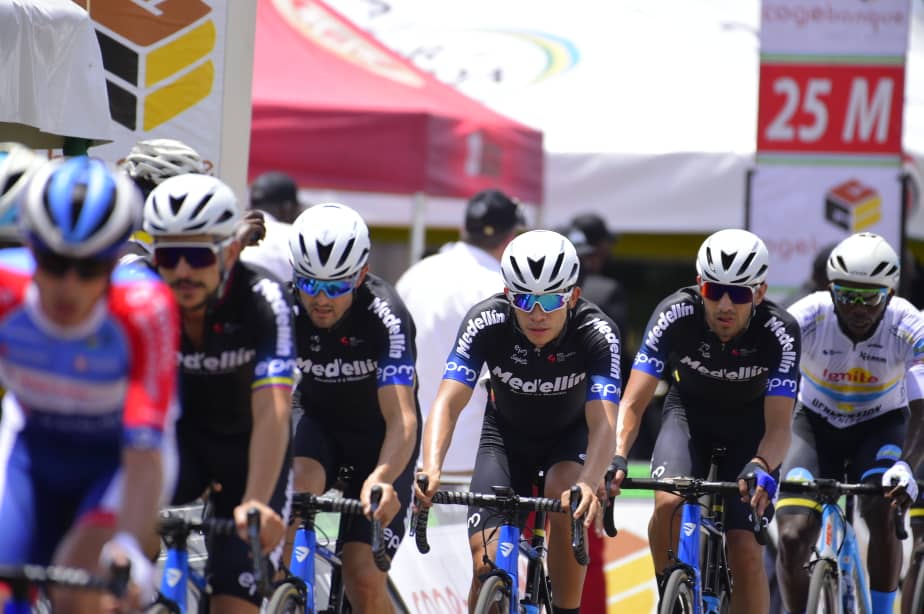