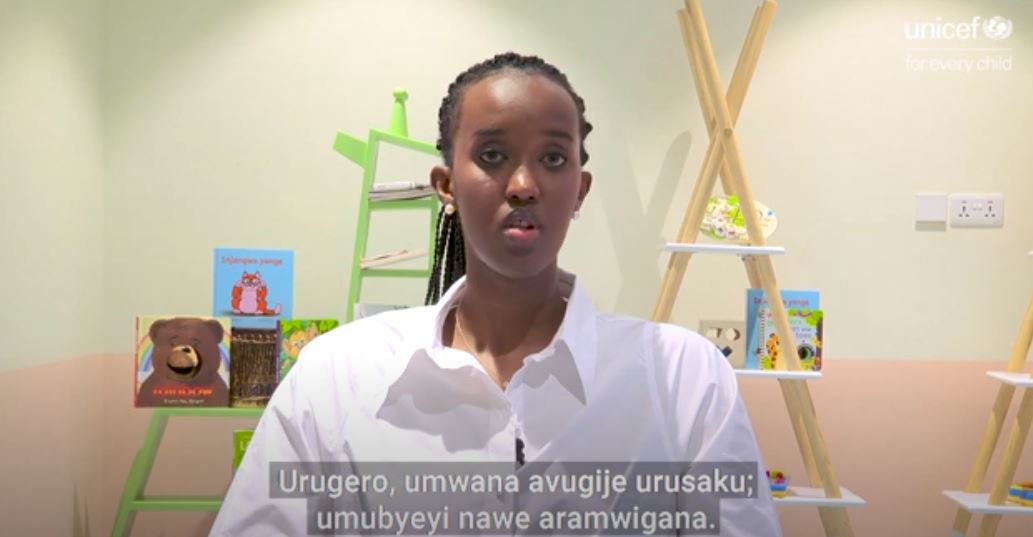 A screengrab of the video in which Ange Kagame shares parenting tips.

The First Daughter, Ange Kagame has shared tips for parents on how to boost their babies’ brain development through play, as part of the one-month campaign to promote positive parenting.

Ange shared a video on Twitter on Monday speaking about the importance of playing between parents and babies as part of the ‘Parenting Month’ campaign which was launched by the Ministry of Gender and Family Promotion, the National Child Development Agency, UNICEF, and other partners on June 1.

In the 4.57-minute video, Ange, who described herself as a happy mother, talks about how a baby’s brain develops most in the first 1,000 days at a pace never repeated again. She also highlights the role of both parents, male and female in the overall development of their baby.

“Did you know that babies’ brains develop most in the first 1,000 days at a pace never repeated again? Did you know that the most important interaction you can have with your child is through play?”

“Did you know that? Is it the responsibility of both parents to ensure baby’s brain development?” Ange said, before sharing tips on how it is done.

Ange said that the early years of a child are important for the child’s brain development, because the experiences that young children have and their relationships, they build with the important people in their life, literally shape the development of their brain.

“This early foundation affects all the learning, behaviour, physical and mental health that follows through a lifetime,” she said adding however that if a child is not properly fed or if the child is unhealthy, she or he won’t even be able to play.

“Babies play from the moment they’re born. In the beginning babies explore life through their senses. The game is to discover oneself and to discover others. Later babies discover the objects that are made available to them,” Ange said.

She pointed out that the most important thing that parents can do to support the brain development of a child is to get to know the young child to understand her or his needs and also be able to engage with a child through what scientists call a ‘serve and return’ interaction.

The First Daughter said that ‘serve and return’ is just like any play but it is more important because it brings about interaction that goes in both directions.

“A baby serves a smile, a gesture and the parent or the other adult caring for that child returns a response that is connected to what the baby did. For example, a baby makes a sound, the parent makes the same sound back,”

“A baby points to something the parent looks in that direction and points to it themselves. That’s the key. It goes both ways,” 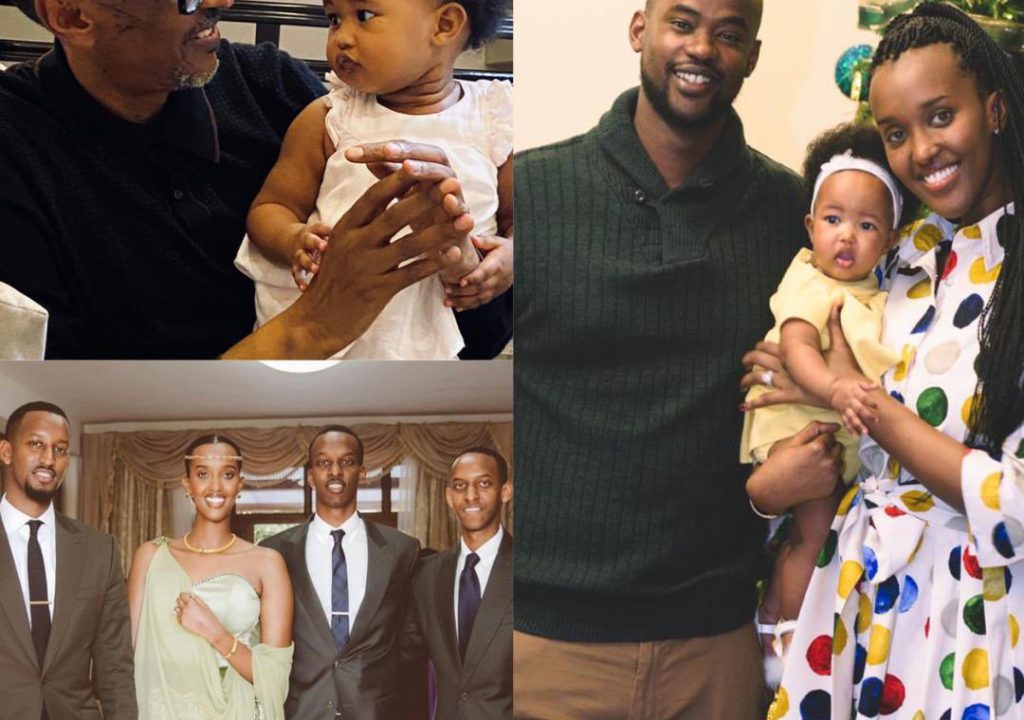 “At the same time, serve and return is not necessarily something that works the first time you try it. The more you practice, it actually gets easier and more enjoyable for both the child and parent. For very young children,” Ange said.

“All of these are opportunities for playful interaction and learning between adults and children. Parents need to understand that when you smile back and don’t just stop there and start playing, you’re actually building the baby’s brain connections,” she said.

She emphasized that during infancy with very young babies, it’s all about interaction, visual and sound, looking the eye, making the personal connection and being sensitive to the baby’s feelings.

“It is also very important that both the mother and the father play with their baby by taking the time to create back and forth interactions every day. You are helping to prepare your baby, laying the foundation for a lifetime of learning and problem solving,” she added.

According to UNICEF, parents are the key providers of health, nutrition, stimulation, opportunities for early learning, and protection that babies need for healthy brain development.

Another area where parents can contribute significantly to a child’s development is by playing with the baby. This helps babies learn and build crucial life skills – from problem-solving to expressing ideas – and strengthening the bond between child and parent. 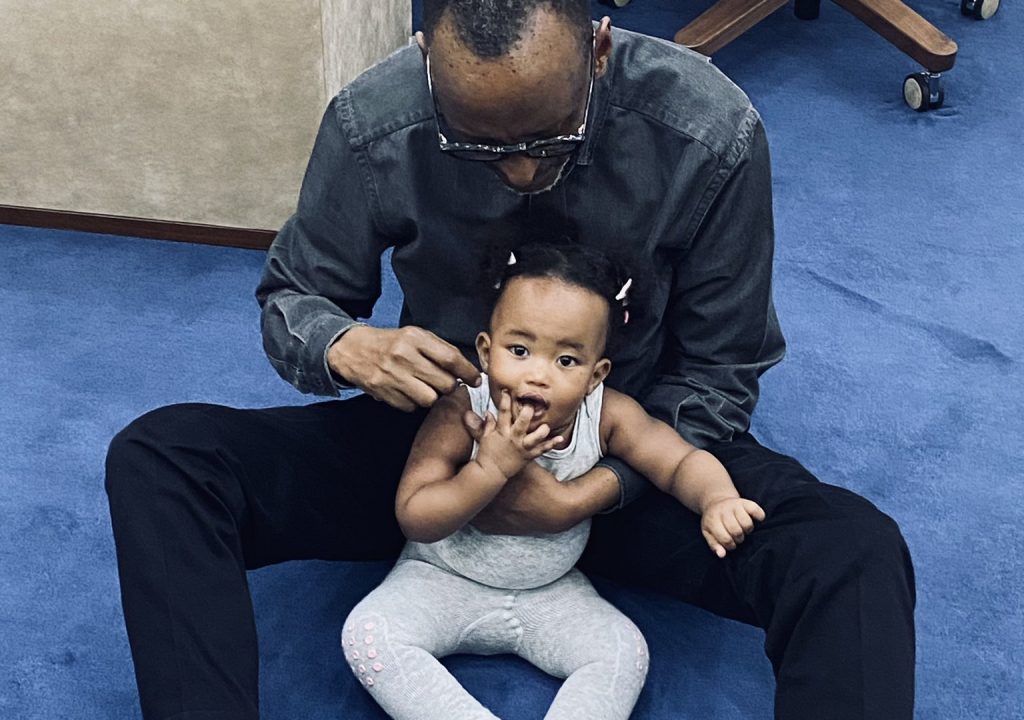 President Kagame playing with the granddaughter. The photo was shared by Ange Kagame on Father’s Day.

Parenting is one of the most challenging jobs in the world and now COVID-19 has placed even more pressure on parents and caregivers to support their children’s learning and development, keep their households functioning, and look after their families’ wellbeing.