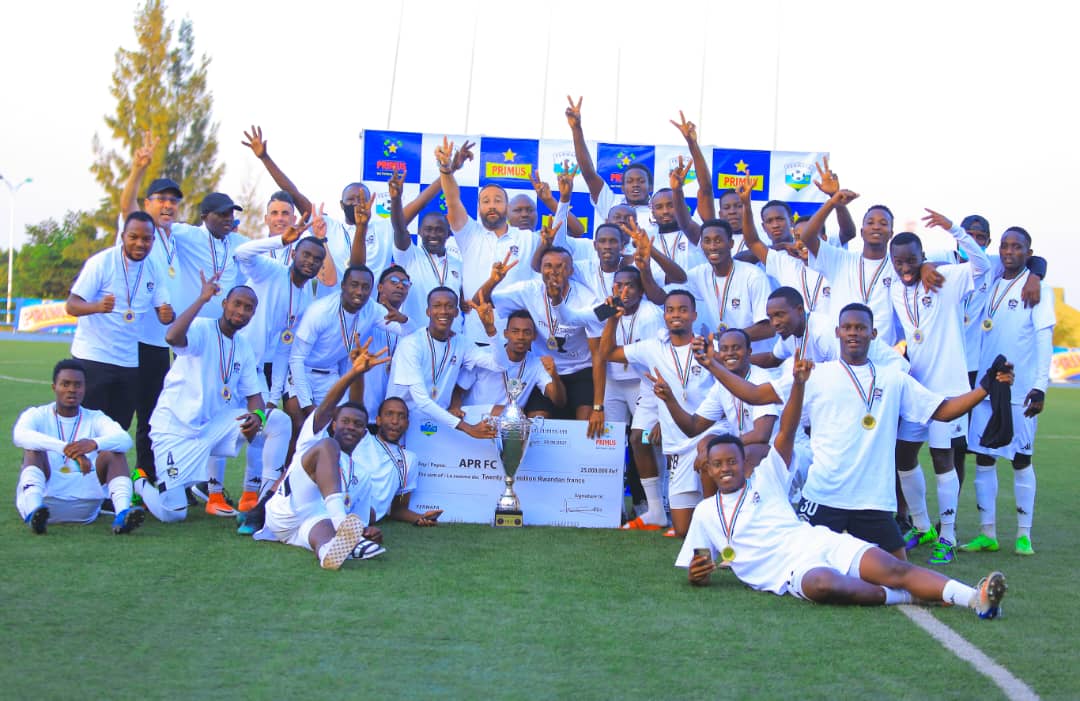 APR has claimed the Rwandan national football league for a record 19th time on Friday with a 6-0 win against Rutsiro FC at Huye Stadium, pipping AS Kigali to the title on a goal difference.

Both sides were poised on level points going into the last round of games of the truncated 2021 season with AS Kigali knowing they would have to overcome their rivals’ superior goal difference to win their first-ever league title.

However, Yannick Bizimana scored twice with Yves Mugunga, Nzotanga Dieudonne and Lague Byiringiro also on target while Jean Pierre Maombe put the ball into his own net as APR trashed Rutsiro 6-0

AS Kigali beat Police FC 2-0 but Shabban Hussein and Fiston Nkinzingabo goals were not enough to see them crowned champions.

Meanwhile, APR have also booked a place in the CAF Champions League while AS Kigali will once again compete in the CAF Confederation Cup.

It was yet another year of frustration for Rayon Sports who lost 1-3 to Espoir FC in their final game of the season to finish 7th in the league standings.

The 2019 national champions will aim to rebuild their team to challenge for the title next season.